With the passing of Roger Scruton his contributions to religious, political, and philosophical topics will be sorely missed. His calm, thoughtful essays and books were especially appreciated by those dissenting thinkers willing to deviate from strains of thought de rigueur among supposedly right-minded people. While other conservative writers and thinkers risk censure and the loss of academic position and reputation, Scruton went much further than most. His help towards dissidents from the communist regimes in Poland and Czechoslovakia, smuggling books and helping to set up alternative “universities” at personal risk (and censure from the liberal elites), will be a lasting legacy of the philosopher in action. 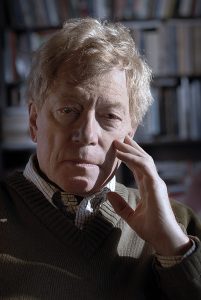 Over the years, Scruton drew away from the limited approach of analytic philosophy and adopted a far more readable style with a much greater scope than narrowly academic philosophy permits. His work reflects a conviction that philosophy, in particular that of a conservative kind, should recognize the pleasures of life, from architecture to wine, not as ends in themselves but as paths to understanding who we are and how we ought to live in society. Regarding the range of his writing, it is worth noting that Scruton was particularly proud of his works of fiction, so fans of Scrutopia, his rather fun neologism, should take a look if they have not already done so.

Aesthetics, particularly music and architecture, was the subject of many of his books. He was surprised by the continuing popularity of his video documentary Why Beauty Matters, which challenges the rejection and even antipathy toward beauty that much contemporary art and architecture exhibit. Since beauty seems to be a very real human need, his efforts can be seen as an attempt to humanize our surroundings. Scruton sometimes seemed to accept that our attraction to beauty points to transcendental origins, both of beauty and of man, and at other times hesitated, looking to the Enlightenment notion of replacing religion with a cult of beauty.

Without a doubt, Scruton was conscientious. His willingness to wade through some truly horrible postmodern prose for Fools, Frauds, and Firebrands, taking care to note the occasional legitimate points so that the rest of us could benefit from this critique without having to repeat the exercise, was most admirable. Books like The Uses of Pessimism are also a nice respite from the relentless pro-revolution liberal search for a utopia that destroys institutions for being imperfect while offering either an inferior replacement, or, most usually, nothing at all. Scruton often pointed out the connection between conservation and conservatism, and The West and the Rest made a solid contribution to thinking about issues of globalization, immigration, and terrorism. Scruton’s rational, commonsensical ripostes to some of the more insane modern anti-tradition, anti-Western tendencies were frequently terrific, and he has no obvious successor.

Appealingly, one of his favorite words was “home.” The word indicates an affinity for wisdom rather than cleverness. What smart aleck would ever dwell on “home” as a focal point? “Home” suggests that intellectual debate and thought should frequently relate to the domestic, the humane, and life and how to live it. Scruton coined the term oikophobia, defined as “the felt need to denigrate the customs, culture, and institutions that are identifiably ‘ours,’” to capture a defining characteristic of the progressive intellectuals of our time. Instead, Scruton looked to his country and his farm as “home,” and believed understanding our home, and why people are naturally drawn to love their home, is a proper subject for philosophical reflection. Through his work, Scruton provided an intellectual and personal example for all of us to share in this unalienating, comforting, worthwhile, and reassuring idea.