“Nurturing the Moral Imagination among Those Who Write and Read”

A Residential Fellowship Program Unlike Any Other

The Wilbur Fellows Program has been in continuous operation for nearly forty years. It counts among its numbers hundreds of alumni currently teaching at secondary and university levels, as well as publishers and editors, officers in the services, business and legal professionals, and religious leaders.

The Kirk Center’s Residential Fellows Program affords students and scholars the ideal conditions in which they can conduct important research and writing. Fellows write books, essays, reviews, and theses while staying at Piety Hill for periods ranging from a few months to one year. Frequent in-house seminars formalize an already close and stimulating intellectual environment.

Since 1979, the Wilbur Fellowship Program has been central to the Mecosta experience for hundreds of students and professors. The program is named for Marguerite Eyer Wilbur, who was born in 1889, graduated from Stanford and the University of Southern California, and subsequently enjoyed an active career advancing the fine arts and the craft of writing. She edited five books and translated nine others, including two by Dumas and several about the exploits of Spanish buccaneers and missionaries in early California. She also authored several books, among them a study of the East India Company and biographies of Francis Drake, Philip II, and Thomas Jefferson. 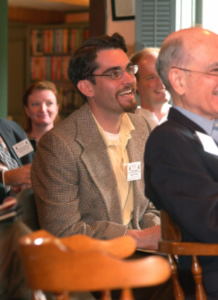 Chief among Mrs. Wilbur’s ambitions was to create a program for assisting writers of promise, a colony for serious thinkers and artists. She was a great admirer of Russell Kirk’s writings, so late in life she asked him to join with her in the creation of a new foundation that aimed to establish a little literary platoon, a place where aspiring writers and thinkers could reside for periods of time to pursue research and other imaginative endeavors. As Kirk put it, “It seems to me that the work of this foundation is the nurturing of the moral imagination among those who write and read.” Mrs. Wilbur’s lawyer, Gary Ricks, followed her as steward of this program and ably guided it until his retirement.

The program they developed to extend that mission is the Wilbur Fellowship Program, an academic community that was centered about the household of Russell and Annette Kirk. To this day, students and scholars come to Piety Hill to reside, study, and write at what is now the Russell Kirk Center for Cultural Renewal, founded after Kirk’s death to institutionalize this unique literary community.

Each year undergraduate and graduate students apply for a residential research and study grant. The awardees come to live and work at the Kirk Center which is comprised of six buildings and is centered on Kirk’s Dutch-barn library and his ancestral house.

The Fellowship Program is currently divided into three parts: Junior Fellows and Graduate Fellows reside in Mecosta while working on educational advancement—an independent study, a thesis, dissertation, or book. They are chosen by completing the application process. 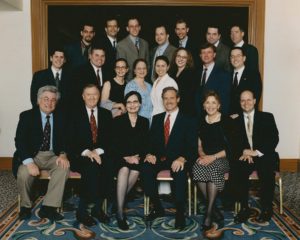 Senior Fellows are teaching professionals or persons in the world of affairs who provide intellectual life to the Center by completing their own projects, often as part of a sabbatical, in addition to participating in and leading Center events. While they often spend a period of time in residence, Senior Fellows are not required to do so and often represent the Center to the greater public.

The Wilbur Fellows Program has been in continuous operation for nearly forty years. It counts among its numbers hundreds of alumni currently teaching at secondary and university levels, as well as publishers and editors, officers in the services, business and legal professionals, and religious leaders. 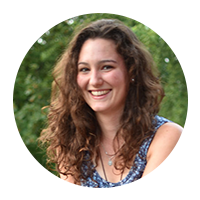 “Kirk’s writings made me rethink the power of imagination and the American Republic.  I am now teaching his Roots of American Order to my senior high school Humanities class.  His questions and text are a constant education for me both in history and in pedagogy.  Living in the Califia [house], reading in the same place Mr. Kirk wrote his books, cooking feasts with other Fellows, spending time every night having discussions about conservatism and culture under the cedar trees, made for an exquisitely humane experience.” 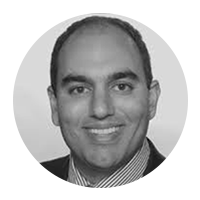 “To stay at Piety Hill is to visit another world, a world full of learning and hope…. The spirit of history comes alive at Dr. Kirk’s ancestral home, where the feeling of community breeds new ideas and confirms the eternal verities.

If every student were to receive this education, most would be able to see beyond the politicization of the academy and view the world with a genuinely open mind.” 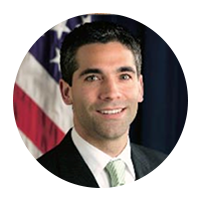 “My time as a Fellow at The Russell Kirk Center for Cultural Renewal was a pivotal moment in my professional development. During the time I spent at the Center, I benefited in three consequential ways.

First, I was able to complete the bulk of my dissertation prospectus (for my Ph.D. in political philosophy from Emory University) utilizing the remarkable library holdings and unmatchable environment for study and research.

Second, I sharpened my arguments and views through the regular interaction with other fellows and esteemed visitors to the Center.

Third, through the extended network of individuals associated with the Center, I was able to move into the world of public policy in a way that allowed me to hold positions of significant responsibility.”

– Ryan Streeter was a Special Assistant to the President for Domestic Policy at the White House in 2005-2007. He is Director of Domestic Policy Studies at the American Enterprise Institute in Washington, D.C. 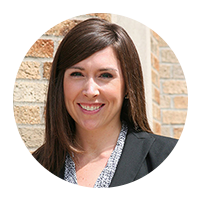 “The Kirk Center provides the encouragement, support, guidance, strength, vision, and hope required to continue the work of the conservative movement. In the midst of the current political and moral climate of the US, there is no greater means of ‘rallying the really human things’ than being granted the opportunity to spend time browsing the books of Dr. Kirk’s library, listening to discussions by noted scholars, and continually conversing on the restoration of fundamental principles.” 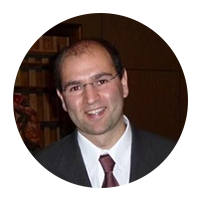 “Prior to my arrival, I didn’t know what to expect from a ‘platonic academy,’ as former resident, Professor Rett Ludwikowski described it, remote from most of the main scholarly centers in the United States. My first steps in Mecosta were somehow hesitant. This however changed the moment I crossed the doorstep of the most fascinating library I have ever seen. The cozy atmosphere attracts the reader and provokes interesting and enriching discussions with other Fellows who can be met at every hour of the day.

In this regard it should be mentioned that one of the enormous advantages of the Center is the broad spectrum of research interests represented. Scholars with interests in history, theology, literature, politics and many other disciplines can meet and share ideas and opinions which widen one’s perspective. From day one I felt surrounded by people ready to discuss every issue that concerned me and to encourage my research. This kind of attitude might seem natural to many, but only those away from their families can understand the warmth and strength that such an attitude conveys. The Russell Kirk Center has excellent accommodations, vast research possibilities, and fantastic relations among people.”

– Spasimir Domaradzki received his Ph.D. in Political Science from the Jagiellonian University. He is currently the Vice Dean at the Andrzej Fryez Modrzewski University College in Krakow, Poland.

Recent News and Work from the Wilbur Fellows

Our hearty congratulations to former Wilbur Fellow Alex Hu, a senior at Yale University who was awarded a Marshall Scholarship. This scholarship funds up to three years of graduate study in the United Kingdom for Americans poised to become leaders in their fields.
He is writing his senior thesis on the history of Yale’s Humanities Program and the evolution of the undergraduate curriculum. He completed some of this research as a Wilbur Fellow during the summer of 2021, where he studied Russell Kirk’s philosophy of education and compared his criticisms of American higher education with those of bell hooks. 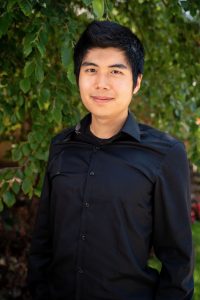 On campus, Alex started new conversations about American foreign policy as the founder of the Nicholas J. Spykman Fellowship and the Yale chapter of the Alexander Hamilton Society. He hopes to work in DC as a strategic planner for the Indo-Pacific and has spent his summers interning or studying with the Hudson Institute and the Institute for the Study of War. As a Marshall Scholar, Alex plans to study the geopolitics of the internet at King’s College London through MA programs in War Studies and Geopolitics, Resources, and Territory.
The Marshall Scholarships were created by an act of the British Parliament in 1953 in gratitude for former U.S. Secretary of State General George Marshall and the assistance of the U.S. under the Marshall Plan. The 2023 class of Marshall Scholars will take up their studies at 21 different institutions starting next September.
Join us in wishing Alex continued success in his studies abroad.

Dr. H. Lee Cheek enjoyed a lively experience working with Russell Kirk as a Wilbur Fellow during the 1984-1985 academic year. He recalls many evenings spent studying and helping Dr. Kirk on his literary labors. Kirk once charged the young Lee Cheek to first and foremost, “know your own tradition.” That charge sent Dr. Cheek on a lifetime path of reading and thinking deeply about his own tradition as a Southern Protestant within the larger context of American and Western Civilization. It was then he discovered many of the writers that have meant the most to him. Dr. Cheek began teaching at the college level soon thereafter in 1986.

For the past nearly two decades, Dr. Cheek has been at the helm of administrative duties as Dean of the School of Humanities and Social Sciences as well as Professor of Political Science and History at East Georgia State College. Next year, he is looking forward to a transition back to full-time teaching. As Dr. Cheek phrases it, “this is a proverbial return of the rabbit to the proverbial briar patch. My original and most central mission is to teach and mentor students.” He will continue to serve as the Director of the Correll Scholars Program, the honor college which accepts 20 students each year.

Dr. Cheek’s most recent book, The Founding of the American Republic, will be published by Manchester University Press in 2019. From the Center’s beginnings to the present, Dr. Cheek has been one of its most loyal friends and supporters. 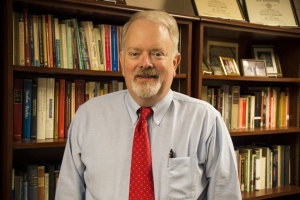 “I have devoted my life to liberal education because I believe it helps order the soul.
In a democratic society, the perpetuation of the social and political order
depends on an educated populace. If a society is to prevail, it must preserve and transmit the spiritual and cultural patrimony that gives it coherence and wholeness.”
– Dr. Lee Cheek