The Art of the Art Biography

Recently I met up with an agent to discuss my next book. What about writing a biography of an artist?, he suggested. What about the research?, I responded. As an editor and art critic for a monthly magazine, I just couldn’t see clearing my calendar for a decade. Not to worry, the agent said: Academics do research; writers write biographies.

Giorgio Vasari, the great biographer of the Italian Renaissance, would have most likely agreed. His Lives of the Artists of 1550 was notoriously loose with the facts. Never one for scholarly remove, he also heralded his fellow Florentines at the expense of Venice: We would have to wait until the second edition to read of Titian. But Vasari was both a painter and a writer. With his unique temperament he applied the biographer’s craft of the classical age to the artists of the Renaissance: from Cimabue in the 13th century through the artists of the Quattrocento to Il Divino, the divine Michelangelo of the 16th century. “I have striven not only to say what these craftsmen have done,” Vasari writes in Lives, “but also . . . to distinguish the better from the good and the best from the better, and to note with no small diligence the methods, the feeling, the manners, the characteristics, and the fantasies of the painters and sculptors.” Lives is more than a parade of the facts. It is an artistic statement and a luxuriant as fine as any Italian fresco. Think of John Richardson’s gossipy defense of Picasso, only applied to the Florentine Renaissance.

Vasari called biography “that which truly teaches men to live and makes them wise, and which, besides the pleasure that comes from seeing past events as present, is the true end of that art.” By following his own advice, Vasari wrote the narrative of an age and the benchmark of the genre.

The Journal of Eugene Delacroix is one work of literature that brought Vasari to the modern era. Walter Pach, the great, early American writer of modernism, translated fromthe French in my 1946 edition of this fascinating memoir. Delacroix was anything but a hopeless, breathless romantic. His journal carries forward the biographer’s art and, like Lives, comes off as great conversation. Here Delacroix deliberates on everything from the importance of serious painting to his next meeting with Chopin. In an entry from 1847, Delacroix dashes off the following calculations:

All the great problems of art were solved in the sixteenth century. . . . The perfection of drawing, of grace, and of composition, in Raphael . . . Of color, and of chiaroscuro, in Correggio, in Titian, in Paul Veronese . . . Rubens arrives, having already forgotten the traditions of grace and of simplicity. Through his genius he creates an ideal once more.

Here he is on Monday, October 23, 1849: “I read the terrifying list of the riches, of the monuments of all kinds which disappeared from the churches during the Revolution. It would be curious to write something on this subject in order to edify people as to the most evident result of revolutions.” And here he is on Sunday, March 11, 1849: “Beethoven’s compositions are in general too long.” This is a story of art we can relate to, one with voice and a soul.

My problem with many of the long, single-artist biographies of today is that they tend to contain very little art. You cannot quote a painting the way you can a novel, a letter, or a line of poetry. To compensate, modern-day biographers might toss in everything about an artist but the kitchen sink. Or we get a clutch of color reproductions. But without direct contact with the work, in the safety of trivial observation, the art biography now lacks heart.

Willem de Kooning, the abstract expressionist, escaped Marx only to be done in by Freud. Mark Stevens and Annalyn Swan, who won the Pulitzer Prize for De Kooning in 2005, built up theirstory of the artist around a tyrannical mother and a hardscrabble upbringing in Rotterdam.

Stevens and Swan are two of the best magazine critics around, but in their book they strangely make few distinctions between good and bad de Kooning. In compiling their document of facts, a chronicle of de Kooning’s dalliances and alcoholism written in excessive detail, the writers also abdicate to others their responsibilities as critics. How the authors feel about de Kooning is left an open question. Here is a book where I wondered what ever happened to Vasari’s exhortation “to distinguish the better from the good and the best from the better.”

Henri Matisse was the 20th century’s great colorist; this we know. But what we did not know, until now, is that the abundant joys in his work emerged out of an armored spirit. “What I want is an art of balance, purity, an art that won’t disturb or trouble people. I want anyone tired, worn down, driven to the limits of endurance, to find calm and repose in my paintings.” 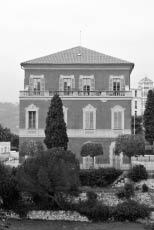 In her two volume biography of Matisse, Hilary Spurling offers an impassioned defense of Matisse that would make Vasari proud. She writes in Matisse the Master, her second volume: “The longstanding, at one time almost universal, dismissal of one of the greatest artists of the 20th century as essentially decorative and superficial is based, at any rate in part, on a simplistic response to the poise, clarity, and radiant colour of Matisse’s work that fails to take account of the apprehensive and at times anguished emotional sensibility from which it sprang.”

Spurling can herself fall victim to an overabundance of detail. But thanks to her we now have two thoroughly researched volumes as a corrective to critical failures, by a British biographer who eschews both academic nonsense and art-world prejudice. And by recognizing the connections between Matisse’s paint treatment and the textiles manufactured in his hometown of Le Cateau—observations that became the subject of a marvelous exhibition at the Metropolitan Museum in 2005—Spurling teaches us how to see Matisse in a new way.

Finally, one recent book demonstrates that you don’t have to write at length to get art biography just right. In just over 200 pages of Marc Chagall, recently published by Schocken, the writer Jonathan Wilson has crafted an artfully written art biography that captures its subject in the same kaleidoscopic palette as Chagall painted. This is not a biography that settles on describing an artist’s life. It is a book that looks out from the artist’s work.

“The man in the air in my paintings . . . is me,” Chagall said to an interviewer in 1950. “It used to be partially me. Now it is entirely me. I’m not fixed anyplace. I have no place of my own.” In the air, floating over the mundane non-essentials of an artist’s life, that’s where Wilson finds Chagall.

Wilson begins his book with the acknowledgment that “sophisticated art aficionados weren’t supposed to love or even like Chagall. His lovers and his rabbis, his massive bouquets and his violins were equally dubious, equally cloying, not kitsch, but living somewhere dangerously close to that ballpark.” Chagall deserves more, and Wilson proves it. As an artist, Chagall discovered a unique resonance between the modern Jewish Diaspora and the modernist condition. Born Moishe Shagal in 1877, in the Belorussian town of Vitebsk, Chagall utilized the color-and-line principles of the French avant-garde to document the “twilight of a Jewish world.” Two hundred pages later, by engaging the style of Chagall’s work, Wilson returns his subject from the dustbin of college poster art to the skis above Vitebsk, where he belongs.

Russell Kirk, no stranger to writing about art, believed that biography could “apprehend the spirit of an age better through the livesof its great personages than through chronicles of events.” An art biography that takes flight, Marc Chagall brings Vasari, and Kirk, up to the present day. Now where’s my agent when I need him?

James Panero is the managing editor of the New Criterion.