The Sword of Education

Of the voluminous corpus of Russell Kirk’s writings, no small amount concerns the subject of education. Kirk counted in his memoirs that over a span of five decades he had authored “some hundreds of essays, articles, and newspaper columns,” as well as three books devoted to thesubject. In particular, his fortnightly page in the National Review, “From the Academy,” focused principally on education for a quarter century. And when not working away at his typewriter, Kirk labored for the cause of education in other ways: He lectured and taught as a visiting professor at scores of universities; served as an advisor to several foundations dedicated to educational renewal; and even founded his own used bookshop. Additionally, in 1960 he became president of The Educational Reviewer, Inc., and in doing so he served as the first editor of this quarterly, which he described as a review “consisting chiefly of serious reviews of serious books and of essays on education.”

Amidst this proliferation of writing and teaching, Kirk’s philosophy of education remained unified, focused, and constant; so much so that it is impossible to characterize Kirk’s half-century long work on education as early or late. Perhaps education’s unabated decline contributed to his consistency; but Kirk’s thinking on education, since it centered on the unchanging nature of the human condition, fixated on the true, the good, and the beautiful, eternal reference points for sound and consistent reasoning.

Kirk’s philosophy of education was shaped by the liberal arts tradition formed over centuries and refined for modernity by John Henry Cardinal Newman, among others, but he added insights designed to meet the needs of the twentieth century. For Kirk education has two ultimate purposes: the acquisition of wisdom and virtue; wisdom as the “apprehension of enduring reality” and virtue—that is, the Aristotelian “intellectual virtue” that can be taught—as “the development of strong moral principles and habits.” Taken together, wisdom and virtue enable a person to order his soul and contribute to ordering the commonwealth. Thus the method of education—particularly higher education—is intellectual, “the enlargement of mind and conscience through well-defined literary studies,” and the aim is ethical, “the development of moral understanding and of humane leadership.” For Kirk the purpose of education did not exceed these clearly defined ends.

Much of Kirk’s work on education defended wisdom and virtue against rapacious drives to transform education into a vehicle of social engineering with narrow utilitarian ends. In Decadence and Renewal in the Higher Learning Kirk identified two fallacies that motivated these attacks and contributed to the fundamental problems crippling contemporary colleges and universities:

Fallacy I is the notion that the principal function of college and university—if not the only really justifiable function—is to promote utilitarian efficiency. The institutions of higher learning, according to this doctrine are to be so many intellectual factories, delivering to society tolerably-trained young persons who will help to turn the great wheel of circulation, producing goods and services. . . .

Fallacy II is the notion that everybody, or practically everybody, ought to attend college. This misconception grows up from what Henry and Brooks Adams called the “degradation of the democratic dogma”—the extension of political forms to the realm of spirit or intellect. . . . This fallacy is bound up with what Ernest van den Haag calls “America’s Pelagian heresy.” . . . The modern American, Professor van den Haag suggests, believes that all his countrymen will be redeemed soon, through formal schooling, without the operation of thought.

These fallacies of utility and open college enrollment enabled four general errors which he detailed in the same book: First, “purposelessness” in studies with inconsistent claims and promises; second, “intellectual disorder” in curriculum and in a bulging educational bureaucracy; third, “gigantism in scale”: overinflated enrollment that caused the bulbous growth of “Behemoth University” in which students became lost andfaculty overburdened and demoralized; and fourth, “the enfeeblement of primary and secondary schooling,” which made the typical freshman “wretchedly unprepared for the abstractions with which college and university necessarily are concerned.” These four general errors, as well as their specific manifestations in the university and in primary and secondary education, were the objects of Kirk’s criticisms of contemporary education. In his articles, essays, and his “From the Academy” column he impugned hundreds of specific educational blights, including, among other things, the “monstrous” federal Department of Education, the National Education Association (NEA), textbooks as brainwashing agents, the formation of teachers, “sensitivity training,” the neglect of vocational training, and approaches to understanding communism.

Kirk identified these problems in education long before he first set sail for Scotland. He published his first essay on the topic in The South Atlantic Quarterly in 1945. Responding to the claim of a Johns Hopkins professor that the United States should forsake the humanities in wartime, Kirk, then an army sergeant, described in “A Conscript for Education” the necessity of the liberal arts for ordering the soul and the commonwealth, even during wartime:

In this war, fought in the name of liberalism, very few think of liberalism of knowledge. We need an Epictetus to remind us that freedom of the mind is more important than freedom of the body. If our thoughts are not liberal, we shall not know how to rule, once we find ourselves masters of the world’s destiny.

In addition to his criticisms and his defense of traditional education, Kirk also formulated paths to educational renewal. For example, in his column he offered suggestions, both positive and negative, for the improvement of independent liberal arts colleges; on a few occasions he even proposed a model for the foundation of a completely new college of arts and sciences. In addition, he suggested works of literature for secondary school curricula and ways to improve the conventional social studies program. But he made his most frequent and unique contribution to educational renewal in the realm of literature—the humane letters—by articulating its essential role in developing the moral imagination.

In Decadence and Renewal in the Higher Learning Kirk wrote, “Napoleon was right: the world is ruled not by money, not by force of arms, but by imagination. In the long run, it is poetry that governs the human race. Poetry . . . rouses the imagination and shapes our ends; without poetry, a civilization does not endure.” The moral imagination, a phrase coined by Burke, “signifies that power of ethical perception which strides beyond the barriers of private experience and momentary events” to the “apprehending of right order in the soul and right order in the commonwealth.” 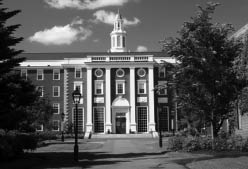 In an essay entitled “The Moral Imagination,” Kirk connected literature to the proper formation of the moral imagination: “What then is the end, object, or purpose of humane letters? Why, the expression of the moral imagination; or, to put this truth in a more familiar phrase, the end of great books is ethical—to teach us what it means to be genuinely human.” He continues, “[L]iterature exists to form the normative consciousness—that is, to teach human beings their true nature, their dignity, and their place in the scheme of things. Such was the endeavor of Sophocles and Aristophanes, of Thucydides and Tacitus, of Plato and Cicero, of Hesiod and Vergil, of Dante and Shakespeare, of Dryden and Pope.” The man of letters, knowing that direct moral instruction can generate resistance, aspires instead to the imagination and “teaches the norms of our existence through allegory, analogy, and holding up the mirror to nature.”

Modern education, Kirk argued, has starved the moral imagination of the young through its desultory ideological and utilitarian fads; in its place a “‘diabolic imagination’ dominates most popular fiction today; and on television and in the theaters, too.” Kirk insisted that “[g]reat books do influence societies for the better; and bad books do drag down the general level of personal and social conduct.” As a result the “great books” must return to primary, secondary, and higher education in order to renew “the whole tone of a nation,” since for “the unalterable in human existence, humane letters are a great guide.” Although conservative critiques of education were long derided by the bien pensants of the academy, now even liberals are turning toward Kirk-like prescription. Anthony Kronman, former dean of the Yale Law School, in a recent book, argues that indeed there are enduring norms that can, and should, be taught, through a stable curriculum.

Even with five decades of Kirk’s criticisms and exhortations, education has continued to decline and the educational establishment is no nearer to renewal now than it was in 1945. But it would be a mistake to evaluate Kirk’s overall impact on this basis. Always happily mindful of his underdog status, Kirk did not endeavor to take down the Goliath of Behemoth University with a few articles and books as the weapons in his slingshot. Rather, Kirk wrote for a different audience entirely: the “members of that unknowable Remnant which scourges the educational follies of our time.” The success of Kirk’s work on education is not to be measured scientifically, but anecdotally through stories of innumerable individuals and groups who withheld the onslaught of barbarians in their local communities, newspapers, and school districts by the creative use of Kirk’s ideas. For these individuals and groups Kirk tirelessly worked the vineyards of education, and with their successes his work finds its ultimate appraisal.

David G. Bonagura, Jr., is an associate editor of The University Bookman.