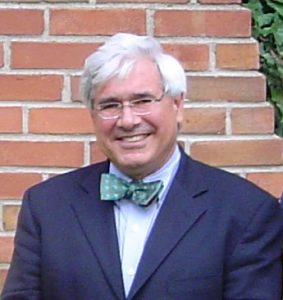 Dr. Guroian received his B.A. from the University of Virginia in 1970 and his Ph.D. in Theology from Drew University in 1978. He has authored ten books and contributed nearly two hundred articles to books, journals, encyclopedias, magazines, and newspapers. His books have been translated into Greek, Russian, and Romanian.

Tending the Heart of Virtue: How Classic Stories Awaken a Child’s Moral lmagination, published in 1998, received national attention in newspapers and on radio, including NPR’s “Talk of the Nation,” and “The Mark Steiner Show.” The book has continued to be read and used as an educational resource by parents, homeschoolers, religious instructors, and classical school faculties.

Dr. Guroian has written two books of Christian meditations on gardening: Inheriting Paradise (1999) and The Fragrance of God (2006). These are by the author’s own admission his favorite writing. They have earned him invitations to speak and give readings from gardening groups and churches in America and Great Britain. Mars Hill Audio offers a complete recording of lnheriting Paradise read by the author. The Fragrance of God has been the subject of an interview with the author on the syndicated National Public Radio Program, “On Being” (previously “Speaking of Faith”).  ln 2005, lSl Books issued a collection of Dr. Guroian’s essays on literature, politics, education, and ethics entitled Rallying the Really Human Things.

Over the years, Dr. Guroian has gained prominence as an Eastern Orthodox theologian and ethicist. His first book lncarnate Love: Essays in Orthodox Ethics (1987) is a favored text in college and seminary courses, and the University of Notre Dame Press published a second expanded edition in 2002. ln 2004, Wipf and Stock Publishers reissued his second book on ethics in the Orthodox tradition, Ethics After Christendom: Toward an Ecclesial Christian Ethic (1994). His most recent book The Melody of Faith: Theology in an Orthodox Key was published in 2010.