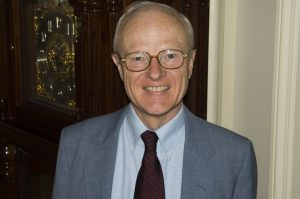 Dr. Nash is the author of The Conservative Intellectual Movement in America Since 1945, first published in 1976 by Basic Books. An expanded, thirtieth-anniversary edition was published by ISI Books in 2006. The book has been translated into Spanish and has twice been adopted as a feature selection by the Conservative Book Club. It is considered a foundational work in its field. More recently, Dr. Nash has written Reappraising the Right: The Past and Future of American Conservatism (ISI Books, 2009).

Dr. Nash is an authority on the life of President Herbert Hoover. Between 1975 and 1995 he lived in Iowa near the Herbert Hoover Presidential Library, where he prepared three volumes of a definitive, scholarly biography under the general title The Life of Herbert Hoover (New York: W.W. Norton & Co.). He was commissioned for this project by the Herbert Hoover Presidential Library Association. His biography drew upon research in hundreds of manuscript collections and archival sources in the United States, Canada, Europe, and Australia. His volumes are considered to be the standard works for the periods of Hoover’s life that they cover. When Volumes I and II appeared in 1983 and 1988, he presented copies to President Ronald Reagan in Oval Office ceremonies in the White House.

An independent scholar, historian, and lecturer, with specialties in twentieth century American political and intellectual history, Dr. Nash speaks and writes frequently about the history and present direction of American conservatism, the life of Herbert Hoover, the legacy of Ronald Reagan, the education of the Founding Fathers, and other subjects.

His writings have appeared in the American Spectator, Claremont Review of Books, Intercollegiate Review, Modern Age, National Review, New Criterion, New York Times Book Review, Policy Review, Tocqueville Review, University Bookman, Wall Street Journal, Weekly Standard, and many other publications. He has lectured at the Library of Congress; the National Archives; the Herbert Hoover, John F. Kennedy, and Lyndon Johnson presidential libraries; the Gerald R. Ford Presidential Museum; the Hoover Institution; the Heritage Foundation; the McConnell Center; the National World War I Museum and Memorial; and at various universities and conferences in the United States. He has also lectured in Europe and Japan. Several of his lectures have been featured on C-SPAN. He has also been interviewed by C-SPAN, National Public Radio, numerous radio stations, and the print media. In 2006 and 2007 he delivered Hoover-related lectures in Belgium at the invitation of the U.S. Embassy in Brussels.

Dr. Nash is a co-editor of Province in Rebellion: A Documentary History of the Founding of the Commonwealth of Massachusetts, 1774–1775 (Harvard University Press) and the author of Books and the Founding Fathers (Library of Congress: Center for the Book), republished in 2007 in an expanded edition by Butler Books.

From 1987 to 1990 Dr. Nash served by presidential appointment on the National Commission on Libraries and Information Science (NCLIS), an independent, permanent agency of the federal government. The commission advises the President and Congress on library/information issues. He has served on the editorial advisory board of Modern Age and is a Senior Fellow at the Russell Kirk Center for Cultural Renewal. Since 2004 he has been an Associate of the Hauenstein Center for Presidential Studies at Grand Valley State University.

Dr. Nash is a member of Phi Beta Kappa, the National Association of Scholars, and the International Churchill Society. He serves on the national advisory board of the Calvin Coolidge Memorial Foundation. From 2006 to 2008 he served two terms as president of the Philadelphia Society, the nation’s oldest organization of conservative intellectuals. In 2008 he was the recipient of the annual Richard M. Weaver Prize for Scholarly Letters, created by the Ingersoll Foundation.