A Bishop in France’s Public Square 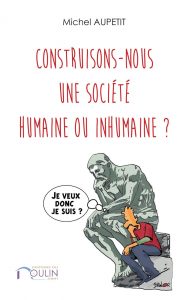 When the Cathédrale Notre-Dame de Paris was engulfed by flames on 15 April 2019, one man emerged as the face of French Catholicism in the immediate wake of the tragedy. Michel Aupetit had only been Archbishop of Paris for fourteen months when he suddenly found himself before the world’s press, explaining what Notre-Dame means for French Catholics and France as a whole.

Archbishops of Paris have traditionally been seen as representative of Catholicism in France and setting the tone for how the Church engages with French society, especially since the Enlightenment and the Revolution. Some, like the late Cardinal Jean-Marie Lustiger, proved a spectacular success. Others such as Lustiger’s immediate predecessor Cardinal François Marty were largely invisible. Some, most notably Cardinal Emmanuel Suhard who served as Paris’s archbishop during World War II, made some significant errors of judgment while navigating the darks years of the Occupation.

During April 2019, however, Aupetit proved that he is likely to be a formidable successor to these men. For one thing, he managed the difficult task of underscoring that Notre-Dame is, first and foremost, a Catholic place of worship while simultaneously conveying the sense that the Cathedral’s history since the 1789 Revolution has also made it a type of metaphorical “parish” of those many Frenchmen who live at several removes from Catholic France. The delicacy with which Aupetit articulated these seemingly contradictory positions permitted him to publicly rebuke President Emmanuel Macron when his official address to the nation somehow failed to mention Catholics among the groups affected by Notre-Dame’s burning, while also speaking about Notre-Dame in a way that even the most hardened French atheist found difficult not to be moved by.

Aupetit’s ability to straddle both worlds may owe something to his background, which is unconventional for a French Catholic clergyman. Before entering seminary at the age of forty, Aupetit was that most modern of men—a medical doctor—and spent twenty years working in medicine. This, combined with later studies in bioethics as well as theology, puts Aupetit at the perilous interface between technology and science on the one hand, and philosophy and religion on the other. Put another way, he is deeply familiar with some of the outstanding achievements of the natural sciences, but also profoundly knowledgeable of the older forms of wisdom that one finds in, for instance, medieval philosophy and the Hebrew and Christian Scriptures.

This is all apparent in a short book authored by Aupetit that was published in 2016 and thus before his appointment as Archbishop of Paris. Construisons-nous une société humaine ou inhumaine? [Are we building a humane or inhumane society?] shows a mind at once modern but also shaped by longstanding truths about human nature as he grapples with what it means to live the good life in societies that have never been more technologically powerful and, arguably, never weaker in understanding right and wrong ways for using these human-made tools.

Aupetit’s book begins with Psalm 8:4. “What is man that you are mindful of him, the son of man that you care for him?” Two paragraphs later Aupetit is deep into the seventeenth-century mathematician and philosopher Leibniz and the twentieth-century physicist and nuclear scientist Werner Heisenberg. The point that Aupetit underscores from the beginning is that, despite all the differences characterizing the ancient, medieval, Enlightenment, and modern worlds, the most important questions about human existence and human morality never really change. Yes, the ways these questions manifest themselves may be different. But at root they are, Aupetit writes, “eternal questions which traverse all civilizations.”

The biggest difference between now and the events and developments that have occasioned past pondering of these questions is the sheer degree of scientific and technological development that, Aupetit observes, allows us greater mastery than ever before over the natural world and ourselves.

This, Aupetit stresses, is not a problem in itself. There’s not a trace of any wholesale condemnation of the world bequeathed by the various Enlightenments, the scientific revolution, and the rise of industrial capitalism that preoccupies and worries many religious people. For Aupetit, these changes simply make it even more imperative that we ask the most important questions that every human contemplates at some point and provide answers that meet the demands of reason and, additionally for Jews and Christians, the insights of revelation.

“What is life?” writes Aupetit. “Where does man and his dignity come from? What is the foundation of human laws? Do law and morality coincide? How does humanity progress? Does science contradict faith?” To answer these questions, Aupetit wades into philosophical anthropology, law, and morality, and finishes with a reflection on science and conscience. Each chapter begins by making the type of careful distinctions that always matter in any quest for philosophical clarification, and ends with discussion of the insights of Scripture.

Pervading the text is Aupetit’s insistence that if you get the truth about the human person right, everything else will fall into place. And that means, in Aupetit’s view, that we need to understand that there is a natural law that reason allows us to know and which is confirmed by revelation.

But Aupetit’s explanation of natural law does not amount to a dry repetition of Aquinas, let alone a reincarnation of a seventeenth-century scholastic manual. Instead, he integrates his account of natural law into an account of human self-understanding that is attentive to the discoveries of intellectual disciplines ranging from biology and psychology to the contributions made by Chinese philosophy.

The effect of this is to show that natural law and its way of guiding people through reflection upon how to do good and avoid evil is reinforced and illuminated by drawing upon the best of the social and natural sciences. Plainly, Aupetit is not afraid of modernity. Nor is he intimidated by it. Aupetit doesn’t hesitate to note, for instance, that, for all their explanatory power, the natural sciences simply can’t answer moral questions because they were never designed to do so.

What’s remarkable about Aupetit’s focus on natural law, not to mention his confidence that it is central to the growth of any society that aspires to be humane, is that this is a language and outlook we have not heard from many Western European Catholic bishops, clergy, or theologians since the 1970s. The revival and reinvigoration of natural law in the Anglo-American Catholic world that began in the early 1980s has not, for the most part, been replicated in most of the older post-Reformation Catholic heartlands of Western Europe. While exceptions exist here and there, you don’t generally find continental Catholic thinkers trying to press natural law argumentation in the church (let alone in the public square) when it comes to thinking through the ethical challenges occasioned produced by scientific and technological developments.

This book and others that Aupetit has written in a similar view are very much the exception to this general picture. But it is also a strong and forceful exception, backed up by a deep knowledge of the natural sciences and expressed in an attractive style. Nor can it go unmentioned that Aupetit now has the advantage of occupying a position of prominence not just in European Catholicism but also the rapidly growing populations of Francophone Catholicism in North, Western, and Central Africa.

Clear thought, Aupetit believes, is an indispensable prerequisite to right action. That is especially important in today’s confused world and, in many respects, an even more confused church. And clear thought in turn depends on good science, good philosophy, good theology, and a correct understanding of God as the Logos. In Michel Aupetit, the Catholic Church and the wider Christian world has someone who plainly understands this. Would that more Christians grasp what is surely an elemental and indispensable point for any person or any institution that is in the business of knowing, living, and proclaiming the truth.

Samuel Gregg is Research Director at the Acton Institute.