Attacking the Idols of the Elites 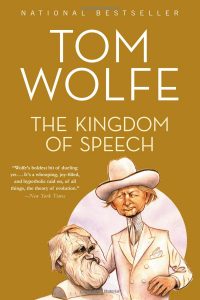 Tom Wolfe was the last of the all-American writers. He made a career of chasing interesting stories on American freedom for half a century. No one else has chronicled our amazing and fearful doings as well as he did, in novels, journalism, and books of reporting. It’s not just that we won’t see his like again, which seems inevitable as writing has lost its prestige, but we are in danger of misunderstanding him and so misunderstanding ourselves.

Wolfe judged himself and everyone else by popularity, not because he worshiped success, but because he believed the only reason to write is to let people know what’s going on—it’s the writer’s job to get attention and reward it. Popularity is the literary equivalent of the consent of the governed. This matters, because we change presidents fairly frequently, and many leave us with a bad aftertaste—but writers can enjoy success for a long time and their reputations might last even longer. Nobody in our times deserves immortality as much as Wolfe, so let us work to confer it on him, which is the proper job of the critic.

Let us start from the fundamental thing. Wolfe elided the distinction between fact and fiction, since all his books read like novels with protagonists who endeavor and succeed, for better and for worse. Thus, he proved unusually alive to Tocqueville’s teaching on modern poetry. People only care about the future now, and they want it described as someone’s story. That’s heroism in literature and that’s how writers themselves can become heroes.

Writing such poetry takes courage, not just because a lot of America is fearful or boring, but because writers are usually morally crushed by the experience of American freedom. Comic writers feel that the headlines are more absurd than anything they can come up with; tragic writers feel that the hustle and bustle means that no one cares about suffering and nothing lasts. And then everyone’s writing all the time, regardless of talent, insight, or craft. You need nobility to even try. But you also need to avoid bitterness at the injustices freedom is tied up with. Wolfe had these qualities and so is the rare author the reading of whose works is by itself a moral and political education. You will learn about America from him in a witty way. You come out stronger, if you learn anything, and have no one but yourself to blame if you refuse to learn.

Wolfe’s work is in three parts: The novels, which are best, the reporting, which is next best, and the essays. It’s a testimony to human frailty that his last book, The Kingdom of Speech, should be of the latter kind. The man wouldn’t have dared to write a bad book, don’t get me wrong—but they’re not all great, and this one isn’t. His singular astuteness about modern restlessness and folly, which he judged in light of his greatest teaching, that men should be American Stoics, came with a singular weakness: He had no head for theory. America’s lack of higher education, to recall Tocqueville’s phrase, shows itself best in this best of our writers.

If we take a hero to be a man who will face chaos and corruption in order to save the community he loves—whether they deserve it or not, whether he is certain of victory or not—then Wolfe was an American hero. Who is the monster he faces? Science. Above all, the most dangerous teaching our educated elites believe, the theory of evolution. The book is dedicated to attacking the demigod of evolution, Charles Darwin, and especially the evolutionary study of language, which misunderstands and thus threatens to corrupt our humanity.

Wolfe knows that only the knowledge of human uniqueness, human greatness, can keep us sane and sensible. He knows, too, that our elites despise us because they hate what they share with us, mere humanity. Perishable flesh, with all its limits and faults. That’s why some marry trophy wives and others cryogenize their brains. Evolution, above all, teaches them that human beings are nothing but animals, no better and possibly worse, because more miserable or mad. Elites are morally and intellectually bankrupt because of this ideology, and Wolfe thought America deserved better.

The Kingdom of Speech is a book to save mankind’s honor. Speech, Wolfe claims, is something scientists, linguists like Noam Chomsky and biologists like Charles Darwin, do not understand. They want to reduce language to accidents of nature, when it is in fact artificial—of human making. He claims it is irreducible, uniquely human, and the key to the self-understanding of human beings, and therefore an adequate defense of human greatness.

So far, Wolfe’s attack on our academic conventions is eminently sensible. He speaks, one man to others, in defense of the virtues of speech—whereas his adversaries speak to denigrate mankind; but since only other human beings speak, they contradict themselves by their actions, whatever their arguments. Only cretins talk to apes or dolphins or the stars, not that we lack for such scientific cretins …

But then he proceeds to a strange moral argument. He portrays Darwin and Chomsky as trashy people pretending to be gentlemen. He accuses them of abusing their privileged positions at the top of academic institutions in societies that foolishly place such institutions near the top of the social pyramid. Darwin cheated Wallace out of the preeminence he deserved as a theorist of evolution through natural selection. Chomsky cheated Dan Everett out of an eminent position as the linguist who discovered the most ancient, least rational language there is, a language whose existence contradicted some of Chomsky’s predictions. More, Chomsky and his acolytes bent every effort to heap scorn on Everett for his heretical statements, to ruin his career, and destroy his life.

Darwin and Chomsky are thus not lovers of the truth—they are lovers of their own fame. They are in this telling ultimately not scientists, but ideologues, celebrities, and elitist snobs. This may be true and these men may deserve far more opprobrium than they have received, but is this question of justice or fairness really important to the question, What is language?

Wolfe is a serious writer, so he doesn’t pretend to be above arguing ad hominem. He bends every effort to vilify and mock in his attempt to tell the truth in a persuasive way. His argument about character involves a fundamental issue, not just gossip or revisionism. He claims Chomsky, Darwin, and their admirers are cowards—not manly enough to go face nature bodily, mere talking heads who live in comfort, and therefore not manly enough in their thinking either. Politically, this makes sense. Do we believe the ignorant should be our authorities? If not, we should judge our educated elites harshly, if we are to have any serious politics. They have many failures to argue their ignorance and nothing to argue their prudence.

But philosophically, it’s not obvious. The question at the core of evolutionary biology is, how can we tell that beings change and how can we makes sense of observable changes? Practically, we rely on our memories to compare with what we perceive, and thus we know that things change. But beyond the little experience our short lives afford we have to confront all the claims made about the world and mankind by religion and science. What is the ground of change among living beings? Evolutionary theory tells us blind chance leads genes to seek survival in random ways. Change is chance. This is nihilism, at best, and a paltry religion that asks us to believe in a mysterious beginning to life and processes of which we have no evidence. To state the contradiction philosophically: Evolution pretends all rationality, including science, comes out of irrationality.

I am not an evolutionary biologist, so I can only say one thing about the soundness of Wolfe’s attack on it. He was a sensible man—he noticed our evolutionary theorists cannot ask themselves what makes them human! Stated philosophically: Is science—including evolutionary biology—really about finding the truth, regardless of whether it’s a genetic adaptation to the environment, or is science merely useful, in the way any practical thing like an opposable thumb is? Is evolutionary biology independent of evolution and a standard by which to judge it—or merely another part of evolution, determined by it?

Here Wolfe is superior to scientific cretins who cannot tell the difference, in their science, between themselves and animals who do not come up with science. But the victory in this contest between poet and scientists is short-lived. Wolfe claims language is essentially reducible to memorizing things, an artifice that’s essentially practical. He then claims that language is how we come to have souls. Also, why we have power over the world. Clearly, he means language to include reasoning, but he avoids entirely the philosophical questions about our rationality. To reduce language to memory is to equate speech with truth-telling. But then how come we have a capacity to lie or make mistakes? After all, that’s the stock in trade of Wolfe’s poetry, as much as truth-telling!

Wolfe’s great merit is to tell us to mind our own business—to never trust intellectuals and instead recur to our experience, clarify it as best we can, and learn thus about what makes us human. He should be required reading in every department of humanities and social science. He is right to mock the idols of our elites, of this I am convinced. But to give Wolfe the victory he sought, we would require the recovery of a way of thinking about human things that doesn’t reduce them to pre-human things. We would need to restore to dignity the thinking of our best poets and politicians—not the scientists and intellectuals who have for so long dominated public speech.

Unfortunately, this would require that we hire philosophers to humiliate our intellectuals and scientists, who pretend to know what rationality or speech is, but have no idea what makes us human. We know of very few men who managed such an accomplishment. Socrates did it. We owe him our first philosophical account of the relationship between human beings and other beings. He is said to have been always in friendly competition with the great comic poet of his age, Aristophanes, who was much like Wolfe, and to have learned from him. We can pray another Socrates will help rid us of the meddling intellectuals who now dominate our educated elites.