Chicago and a New Schema for the Liberal Arts

Donald N. Levine has lived most of his life at the University of Chicago. He earned his three degrees at the university in the 1950s; taught as a faculty member in the Department of Sociology for 45 years before retiring in March 2007; and served as dean of the College from 1982 to 1987. Thus, Levine has studied and lived the history of curricular change at Chicago as deeply as anyone. While Levine was dean, Allan Bloom, a colleague at Chicago, published The Closing of the American Mind: How Higher Education Has Failed Democracy and Impoverished the Souls of Today’s Students. That book in many ways crystallized and fueled the culture wars of the past 20 years. Students today, Bloom asserted in his opening paragraph, “are unified only in their relativism and in their allegiance to equality . . . [A]lmost every student entering the university believes, or says he believes, that truth is relative.”

Bloom’s book made Levine want to write Powers of the Mind: The Reinvention of Liberal Learning in America. “I was cheered by Bloom’s concerns but angered by his assessments and frustrated that because of his association with the university, his backward-looking account was widely accepted by the American public as a definition of the college,” Levine said recently. Bloom’s “call to restore an old-time curriculum seemed misguided,” Levine writes in the opening paragraphs of his book. “To my mind, the need was not to restore some old set of requirements but to reinvent a curriculum that pursued high educational goals with methods and materials suited to the times.”

In his book, Levine focuses on the five Chicago educators whose educational philosophies he finds most useful for his own purposes of formulating a philosophy of liberal arts appropriate for today’s “era of high-tech internationalism.” Robert Maynard Hutchins, John Dewey, Richard McKeon, Joseph Jackson Schwab, and Robert Redfield are the five key figures. Their careers show how the University of Chicago has “moved progressively from curricular principles focused on the character of the learner to the knowable world, then to knowledge, and finally to an emphasis on disciplines and powers of the mind,” Levine writes.

Hutchins and Dewey of course are the best known of the five. Although he acknowledges the two men’s substantial differences, Levine focuses on their similarities and gives us a 2½-page table of the two educators’ convergences. Both Hutchins and Dewey criticized the “confusion” of American education. “Most of the things that degrade [American universities] are done to maintain or increase . . . income,” Hutchins wrote. Levine has focused on the need for genuine, respectful dialogue and the mediation of opposing views throughout his career—and he does so with Dewey and Hutchins. The “escalated antagonism” between the two shows “how hard it is even for brilliant and well-educated people to engage in undistorted communication,” Levine writes. 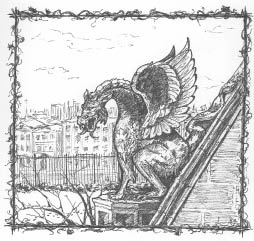 The two figures who most come to life on Levine’s pages are McKeon, a professor of philosophy, and Schwab, a professor of natural sciences. Both could be difficult teachers. Students would leave Schwab’s classes weeping after being put on the “hot seat” of an extended inquiry. McKeon detested parroting; if a student parroted him, McKeon would “instantly challenge him, questioning the very statement he himself had made only moments before.” McKeon was parodied in Robert Pirsig’s novel, Zen and the Art of Motorcycle Maintenance (1974), but inspired such students as Richard Rorty, novelist Robert Coover, and literary theorist Wayne Booth.

Although he never published a landmark book, McKeon in his teaching and writing “produced a highly differentiated analysis and defense of pluralism without parallel in the history of Western thought.” He embraced “philosophical doctrines that are nontrivially opposed to one another” and bridged Eastern and Western thought. Eastern philosophies “present conceptions of unity with relatively little attention to cognitive forms”; they in fact discourage attachment to particular cognitive forms. Likewise McKeon “discovered a way to incorporate both the diversity of forms and the experience of unity.” Richard McKeon is like Morihei Ueshiba, the O Sensei (Great Teacher) of aikido, a Japanese martial art that, in Levine’s view, is “all about mutually respectful dialogue.”

Schwab grew up in Columbus, Mississippi. After stormy years with a bigoted father who beat his closest African American friend, Schwab ran away at age 15 to Chicago and the university, where he remained for the next 50 years. Schwab was largely responsible for Chicago’s influential three-year sequence in the natural sciences. Education should inculcate the moral virtues of justice, temperance, prudence, courage, and wakefulness, Schwab wrote. In “Eros and Education,” he discussed how a teacher should transfer the liking and respect a student has for him to the beauty of the subject and the joys of inquiry.

Levine draws upon his survey of the history of pedagogy at Chicago to support the thesis of his book: that liberal arts these days should focus on teaching the eight powers of the mind. Four powers, in Levine’s schema, involve taking in the world of objects (prehension) and correspond to the act of inhaling: audiovisual and kinesthetic powers and understanding verbal texts and worlds. The other four are powers of expression, that is, “the processing and return to the world of expressions mediated through an evolving self.” These four expressive powers, which correspond to exhaling, are (1) forming a reflective liberal self, (2) inventing statements, problems, and actions, (3) integrating knowledge, and (4) communicating. Just as McKeon enacted a “teaching program designed to energize powerful habits of mind,” Levine now shows us how new pedagogies, and the example of his own teaching experiences, can help us learn to teach these eight powers of the mind.

Although he tries to sidestep the culture wars, which have “produced much heat and little light,” Levine signals to the reader that he is on the liberal side. The decline of liberal learning means that “the public has tolerated statements denying [the] threats . . . [of] exponentially growing environmental degradation,” writes Levine in an uncharacteristically partisan (and intolerant) fashion in the prologue.

Levine is a sensei (teacher) of aikido and the president of Aiki Extensions, which “works to extend the Aiki Way.” Aikido translates as “the way of harmonized energies”; a true martial artist trains not only to defeat others but also to defeat the enemies inside himself, writes another sensei. As an example of how to teach the eight powers of the mind, Levine cites his own course, “Conflict Theory and Aikido,” in which students take three hours of training in the martial art each week as well as read Western texts in philosophy and sociology. A lesson on punching and counterpunching is followed by William James’s “The Moral Equivalent of War.”

Although he cites Schwab’s attack on relativism as well as his use of the Book of Genesis to teach ethical questions, Levine has a blind spot concerning orthodox theism. Orthodox Christianity, Judaism, and Islam, after all, posit absolute moral laws and an eternal God. Our (or the Church’s) understanding of God can develop over time, but God himself does not change. By contrast, when Levine projects the way liberal learning should be grounded in a community “onto a theological plane, this idea becomes equivalent to the notion of an evolving universe based on continuous interaction with an evolving deity.” When he focuses on the power of forming a reflective liberal self, Levine ignores the self formed in dialogue with God. This is exemplified by Augustine’s Confessions, in which the writer holds up his life and memory to the gaze of God in heartfelt dialogue. This was the book that engaged me most when I first read it in my freshman year at Columbia in the year-long Humanities (Great Books) course; this is the book that I ask my freshman students to read.

Still, admirers of the traditional Great Books, whether theists or not, have much to learn from Levine’s discourse on the powers of the mind. Too often we have ignored the importance of the body, music, and the visual arts in shaping who we are. Levine cites such “body-mind healers” as Ida Rolf; Christians can look to John Paul II’s theology of the body. Levine transcends the self and neutralizes aggression by aikido; Catholic educators can draw upon the spiritual practices of Loyola, Francis, and others in the communion of saints. Breathing is the emblem of Levine’s eight powers of the mind. Breathing, prayers of the heart, and the cadences of the rosary are important parts of the Christian tradition, as shown in such works as the 14th-century Cloud of Unknowing and 19th century Way of the Pilgrim. Levine cites Newman’s Idea of the University and its vision of “cultivating general powers of the mind” but ignores Newman’s emphasis on the importance of theology in the university curriculum; theists can implement Newman’s whole program.

The liberal arts “have been the target both of reformist energies and of complaints about their plight throughout Western history” starting with the classical Greeks, Richard McKeon observed. Levine’s reading of the history of liberal arts at the University of Chicago is a lively and important contribution to the continuing conversation.

Bryan Berry is a professor of the Great Books and liberal arts at the University of St. Francis in Joliet, Illinois. His articles include “Henry James and the Heavenly Light” (First Things) and “The Cost of John Dryden’s Catholicism” (forthcoming in Logos: A Journal of Catholic Thought and Culture). Dr. Berry currently is writing a book on literature and the religious and political controversies of the 16th and 17th centuries in England.