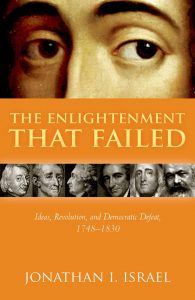 To commemorate the second anniversary of the Bastille’s seizure, in July of 1791 the British chemist and radical Joseph Priestley organized a celebratory dinner in his hometown of Birmingham. For those in attendance, the French Revolution was a highly encouraging development, a beacon of secular and democratic progress whose rays, they hoped, would soon shine across the English Channel. But as they left the dinner, they were greeted by a crowd of hundreds, who—enraged at this expression of sympathy with godless revolution—pelted them with stones before beginning a three-day bender of looting and destruction. Priestley’s own home, including his magnificent laboratory and library, was torched by the mob, and he was forced to flee.

Recounting the event afterwards, the understandably embittered scientist felt that “the court, if not the prime ministers themselves” must have been behind the attacks. Certainly the British ruling class had little sympathy for him. “I cannot but feel better pleased,” King George III wrote upon hearing the news, “that Priestley is the sufferer for the doctrines he and his party have instilled, and that the people see them in their true light.” But Priestley was wrong—these “Church-and-King” rioters were lower-class laborers and artisans, and the evidence suggests the violence was a spontaneous, popular reaction rather than a conspiracy from above.

This gulf between the common people and their would-be saviors is an irony that runs deep through The Enlightenment That Failed, Jonathan Israel’s sweeping new look at Enlightenment thought. Though its most radical partisans aimed to eradicate hereditary privilege and organize governments on democratic lines, the Enlightenment was an irreducibly elite project, pulling from the wealthiest and most educated strata of European society. Its adherents pitied the lower classes, attributing their indifference and sporadic hostility to ignorance and centuries of propaganda. They also feared them. However much radical Enlighteners may have “loathed royal courts and despised aristocrats,” Israel writes, they “dreaded even more the irrationality of the masses.” Their endeavor had no room for religion, patriotism, or any of the other great irrational forces that move the broad mass of mankind. Claiming to act in the interests of the people, Enlightenment philosophes arrogated to themselves the right to determine what those interests were and how to achieve them.

No one who makes it through Israel’s massive book can doubt where his sympathies lie. The Enlightenment That Failed is complex, but it is ultimately a work of apologetics, an effort first to define the most radical strains of the Enlightenment as a coherent body of thought and then to defend this movement as a spotless engine of progress. He proposes a clear, dichotomous typology, setting a Moderate Enlightenment—which, while skeptical of tradition and eager to reform society on the basis of rationality, was also comfortable compromising with the status quo—against a Radical Enlightenment, which advanced secular materialism, the levelling of “unnatural hierarchies,” and democratic-republican government as a kind of package-deal.

Until 1789, the extreme nature of their beliefs made these radicals a harried fringe even in the most tolerant societies; in less hospitable environments, they carried on their work clandestinely. But wherever they were, Israel contends, figures like Baruch Spinoza, Denis Diderot, and Thomas Paine were constructing a system which would “prove sturdier philosophically and culturally, and in the long run … emerge as the ‘real’ or principal Enlightenment.” By contrast, the Moderates met with much more immediate success. Far from the contemporaneous marginalization of their radical cousins, thinkers like Locke, Montesquieu, and Voltaire were fêted across Europe in their time. Their flexibility and ability to avoid open combat with the powers that be—particularly concerning monarchy and orthodox Christianity, which they were quite willing to accept and even justify—were key to their success, opening up comfortable perches in respectable society (and, Israel charges, defanging their critiques).

Moderate or Radical, distrust of the masses was a perspective shared by most Enlighteners. And yet, it was the political culmination of their project—the French Revolution—which unleashed the spectacular energies of the mob like nothing before it. “The people” became the conceptual center of a system that justified revolutionary terror, valorized ignorance, and embarked upon the extermination of the very intellectuals who had made the overthrow of the ancien régime thinkable. Working through—or rather, sweeping aside—this paradox forms the core of The Enlightenment That Failed, for, rather bizarrely, a major aim of the book seems to be the exoneration of the titular failure. Israel does this by apportioning all the blame for the brutality, cruelty, and excesses of the French Revolution to one man: Maximilien Robespierre. And Robespierre, by this reading, has nothing to do with the Enlightenment. Hater of rationalism, consistent adversary of individual liberty, and vicious populist: this Robespierre is a Counter-Enlightenment figure, as hostile to that movement’s true values as any throne-and-altar conservative. Thus, the Terror was produced by ideas external to the Enlightenment, whose backers engineered a hostile takeover of the Revolution.

There is certainly something to this characterization. Rather than condemning the ignorance and simplicity of the common people, Robespierre celebrated it; though opposed to the Catholic Church, he believed in the necessity of religion and engineered a “Cult of the Supreme Being” to serve as a replacement. Thinkers in the Spinozist/Radical Enlightenment tradition condemned him almost to a man, and he repaid their hatred with show trials, imprisonment, and executions. But it is also true that Robespierre and his allies got most of their political outlook from the work of Jean-Jacques Rousseau, so to exclude the author of the Terror is also to exclude the author of Émile. To his credit, Israel doesn’t hesitate to do this, but putting the most widely read thinker in Revolutionary France beyond the pale of Enlightenment suggests that the Radical–Moderate typology may be overly rigid and abstract.

A bigger problem for Israel’s approach is that the French Revolution offers plentiful examples of Radical Enlighteners behaving badly. In the winter of 1791, for instance, Jacques Pierre Brissot (held up as a Radical Enlightener par excellence) vigorously pushed for preemptive, ideological war against monarchical Austria. Ironically, the most important dissenting voice was Robespierre, who observed cuttingly that “no one loves armed missionaries.” And outside Paris, one finds the examples of Joseph Fouché and Pierre-Gaspard Chaumette, devotees of the Radical Enlightenment who organized campaigns of persecution culminating in the mass murder of clergy and religious. Their fanaticism on this actually put them into conflict with Robespierre: Chaumette would lose his head to the guillotine, while Fouché would play a key role in the Thermidorian Reaction.

Even if we accept the exclusion of Robespierre and Rousseau, and ignore the crimes of the Radical Enlighteners, the fact remains that it was precisely their rationalism that paved the way for the Terror. As historian Simon Schama has pointed out, they were “rash geologists, themselves gouging open the great holes” through which new forms of violence and tyranny would burst forth. The elitist character of the Enlightenment meant that its partisans had nothing to offer a newly emancipated and disoriented people, nothing to fill the void left by their dynamiting of religion, tradition, and hierarchy. Nature abhors a vacuum, and the Enlighteners were swept aside by those willing to erect new idols, who would directly appeal to the masses and construct for them a comprehensible symbolic universe.

A rectification of this lack may explain the better fortunes of its successor movements. One of the book’s most interesting contentions is that the Enlightenment remained the prism through which European radicals articulated and understood their politics through the 1830s. It was finally displaced, not by liberalism—which could and did come to terms with the status quo—but by socialism. Unlike the Radical Enlightenment, socialism offered both a coherent economics and a teleology, and consequently was able to find purchase among the proletariat.

It is a credit to Israel’s scholarship that the book is far broader than polemics. Perhaps the most enjoyable sections are those which veer from the usual settings—France, Britain, the United States—to look at what was happening in the wings. We learn, for instance, that before the social democracies familiar today, there was an eighteenth-century “Nordic Model” of strong legislatures, weak monarchs, and liberal press laws. There are also very good treatments of lesser-known revolutions, like those which convulsed Switzerland and the Austrian Netherlands. And though it stretches to almost a thousand pages, the prose is precise throughout, and Israel’s commitment to intellectual history—his conviction that ideas are primary movers of history—is compelling even when his conclusions are questionable.

Despite its title, there is little here to account for the political failure of the Radical Enlightenment. Though he observes in the closing pages that the project’s appeal has “inexorably receded” since 1848, Israel is unwilling or unable to satisfactorily explain why that is. The closest he gets is a contingency-based argument, in which his lumières were simply outmaneuvered by their cannier and less scrupulous opponents (be they Robespierre, Napoleon, or Metternich). But, given the tension between the Radical Enlightenment’s commitment to egalitarianism and democracy, on the one hand, and its fundamental distrust and fear of the people on the other, it is fair to ask whether the vision it offers is even coherent. Add to this the movement’s allergy to anything transcendent, metaphysical, or irrational—in other words, the things for which people actually fight and die—and it seems peculiarly unsuited as a basis for mass politics.

But maybe the greatest obstacle was the tremendous, unquenchable hubris at its heart, that rejection of the world as it is in favor of an ideal and abstract model of humanity. Writing in 1935 about these same Radical Enlighteners, the great French historian Paul Hazard produced a description much nearer to the truth: “Hasty, presumptuous, they likened history to a huge sheet of paper covered all over with creases. Those creases had to be ironed out, and the sheet restored to its pristine smoothness. That was all, as if it were an easy thing to do; as if it could be done at all; as if, in the long course of our immemorial pilgrimage, man had done nothing but pile error upon error …”

Luke Nicastro is a defense analyst and writer based in Washington, D.C.