Everything Stays the Same 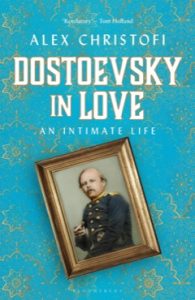 In an article on André Gide’s Memories of the Assize Court in the May 2020 issue of The New Criterion, former prison doctor Anthony Daniels (aka “Theodore Dalrymple”) writes:

When reading of the past, I veer between thinking that everything has changed and that nothing has changed. The past for me is rather like one of those drawings that can be seen either as a duck or as a rabbit, but not as both at the same time.

Over the past several months, I have thought often of this statement. Has everything changed? Or has everything stayed the same? As Daniels notes, certainly material conditions have changed dramatically in the last hundred years. When my father was born on a North Dakota farm in the 1940s, for example, he did not have indoor plumbing. He got his water from a well, and his toilet was an outhouse. I am aware of no one in the United States in 2021 who is—unwillingly—without running water, although likely there are some. Even more dramatic, perhaps, is the change that the internet, smartphone, and social media have had on man’s perception of reality. Daniels notes that some “might even say that the social media have changed Man’s nature, his neurological substrate, fundamentally.”

As I mentioned, Daniels’s article was published in May 2020, the month that George Floyd was killed and the Twin Cities—which I call home—erupted in mass rioting. I certainly had never experienced anything like it. Two major commercial streets in the two largest metropolitan areas in Minnesota experienced heavy looting and ruin by intentional fires. I was left to wonder: is this something new? Is this a fundamentally unique and unprecedented historical moment? What are we to make of this? And where do we go from here?

Solomon proclaimed centuries ago that “there is nothing new under the sun.” Has everything changed? Or has everything stayed the same? In “favor of the view that nothing has changed,” Daniels continues, “is the reading of literature, which demonstrates that human nature has remained constant.” This insight—that literature helps us see the continuity of human nature and experience—was made clear to me recently while reading Alex Christofi’s uniquely wonderful biography/faux autobiography Dostoevsky in Love: An Intimate Life.

I say unique because I have never encountered a book quite like it. In his “Author’s Note,” Christofi summarizes his method: “This book therefore cheerfully commits an academic fallacy, which is to elide Dostoevsky’s autobiographical fiction with his fantastical life in the hope of creating the effect of a reconstructed memoir.” By using many of Dostoevsky’s own words—either from his fiction, letters, or other writings—to construct the narrative, a reader feels like he is hearing Dostoevsky’s own voice tell his life’s story. And what a singular life it was.

The basic outline of Dostoevsky’s biography is well known: born in Moscow in relative poverty; orphaned by eighteen; a published novelist (Poor Folk) by twenty-five; arrested three years later for treason; the subject of a mock execution several months later; four years of hard labor in a Siberian prison camp; forced service in the military for several years; a mostly loveless, childless first marriage; after the death of his first wife, a subsequent marriage to Anna Grigorievna Snitkina, who would become the absolute love of his life and co-equal; a terrible gambling addiction; enormous suffering at the hands of epilepsy; and finally, the author of five big novels (Crime and Punishment, The Idiot, Devils, The Adolescent, and The Brothers Karamazov) over the last fifteen years of his life.

Christofi’s new telling of Dostoevsky’s life impressed two major insights upon me. First, Dostoevsky’s life was one of intense suffering. Some of that suffering was self-inflicted, the result of his own decisions (infidelity in his first marriage and compulsive gambling, for example). But much of it was externally caused—his epilepsy and other serious illnesses, the death of his beloved brother, the death of two of his young children, and of course his terrible prison conditions and mock execution. And while Dostoevsky could have turned bitter, lost faith, and railed against God and the world, he turned intense experiences into some of the most powerful and moving fiction the world has ever known.

Second, Dostoevsky had a singular devotion to calling attention to and exposing the atheistic, nihilistic, revolutionary spirit of his age. Indeed, all of his later work, from Notes from the Underground to The Brothers Karamazov, can be read, at least in part, as an epistle, perhaps even an evangelistic epistle, to his Russian revolutionary brothers. Dostoevsky believed that “the logic of liberalism led to Nihilism, and Nihilism could only end in violence.” So in a work like Devils, he would show how utopianism “ended in bloodshed,” and how the “young generation of revolutionaries, for their part, were not tortured and poetic souls, they were devils that had possessed the Russian people.” And the aim of these devils, according to a passage from Devils, was to

injure the prestige of local authority, to reduce the villages to confusion, to spread cynicism and scandals, together with complete disbelief in everything and an eagerness for something better, and finally, by means of fires, a pre-eminently Russian method, to reduce the country to desperation.

Has everything changed? Or has everything stayed the same? When I read these lines, I was immediately struck. The passage could have been written about May 2020 in the Twin Cities. The prestige of local authority, especially police authority, battered. Minneapolis and Saint Paul reduced to confusion. Widespread cynicism. Growing nihilism, witnessed by looting and destruction of property. An eagerness for something better, but an impotence to achieve it. And lastly, fires. The torching of businesses. The igniting of vehicles. And finally, the burning down of a police precinct. Yes, everything has stayed the same.

More than anyone else in the nineteenth century, Dostoevsky saw where the revolutionary spirit would lead. He foresaw the rise of twentieth-century totalitarianism. But as I said, Dostoevsky did not simply condemn the revolutionary youth of his time. He was not a doctrinaire reactionary who fit neatly into a box. Equally suspect among the liberals and conservatives of his day, Dostoevsky attempted, through his fiction, to offer a path forward for his people. And that path was the active, beating heart of Jesus Christ.

In The Brothers Karamazov, Dostoevsky’s final work, and his unquestionable masterpiece, Father Zosima teaches that “active love is a harsh and fearful thing compared to love in dreams.” How comforting it is to love humanity, but to hate one’s neighbor. How easy to have grand illusions about a utopian paradise on earth, but to be selfish, insolent, and spiteful to one’s own family. Dostoevsky’s answer to the radical nihilists of his day was not a different, better rational philosophic system, but a person: the crucified Christ.

As philosopher Charles Taylor notes in his recent book Avenues of Faith, Dostoevsky was skeptical, perhaps even hostile, to the rationalism of his time. He knew that rational argument would not win the day; instead, “Christ would always move and convince him more than what human reason deems true.” Thus, in The Brothers Karamazov, when Ivan exposes his views to his younger, saintly brother Alyosha, that if God exists, he cannot be good and loving, Alyosha disagrees wholeheartedly, yet his “faith in Christ doesn’t provide him with decisive answers in the field of such argumentation.” What, ultimately, is Dostoevsky’s answer to Ivan’s nihilistic, rationalistic rejection of faith? Not a counter-argument, but a life. A witness. According to Taylor, it is the saintly witness of Alyosha: “For Dostoevsky, the answer to the question about the meaning of existence consists in gestures that enable or reinforce communion. Actually, it’s Alyosha’s entire life that answers his brother Ivan.” A life caught in the loving gaze of the Father, and devoted to serving and imitating his son, Jesus Christ.

Has everything changed? Or has everything stayed the same? For Dostoevsky, the center of reality is the Triune God. And it was therefore this God—revealed through the Incarnate Son—that Dostoevsky zealously sought to offer as the antidote to the devils of his time. If Saint Paul is correct, that “Jesus Christ is the same yesterday, today, and forever,” perhaps it is He who just might be the antidote to the devils of our own time.

Albert Wald’s work has appeared previously or is forthcoming in such journals as Dappled Things, Philosophy Now, The Agonist, Touchstone, and Genealogies of Modernity.