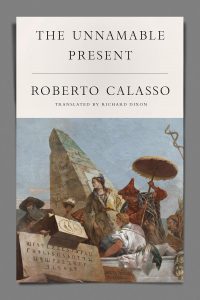 We’re living in strange times. There’s a pervasive sense of a cultural dusk, in many ways, in which superannuated political systems and cultural modes are living beyond their coherence. Zombies and cargo cults. People going through the familiar motions long after their actions have lost the context that gave them any meaning. Steven Pinker sells philosophically flimsy notions of progress. Billionaires long to upload their identities into a digital ether. The European Union delivers proclamations.

What makes these failed ways of being in the world even more insidious is that they define themselves as synonymous with modernity. Atheism. Steady “progress.” Technological prowess. Their adherents have denuded themselves of the ability to imagine the world in different terms. Their shared vocabulary, emaciated as it is, leads to political play-acting. Think here of American pundits both center-left and center-right trying to make sense of the 2016 election. The terms used to describe the enemy—“reactionary” “conservative” “liberal”—are emptied of almost all meaning and reduced to floating signifiers that allow the “left” to be just as “reactionary” as the “right.”

Both sides struggle to articulate a response to an historical arc they’re only dimly aware of, each unable to sense all the ways in which they share fundamentally flawed assumptions about limits, transcendence, technology, materialism, and identity.

The Italian writer and publisher Roberto Calasso is among the handful of people (John Gray, Alasdair MacIntyre, and Byung-Chul Han are others) who sense this superannuation. In its most basic terms, Calasso sees the true “sides,” if you want to call it that, as split between power and meaning. His most recent book, The Unnamable Present, is about just this divide and all the ways in which it’s generally hidden by popular cant and technical jargon. It’s the latest book in his long-running series of genre-bending works exploring all the most profound and sensitive realizations (most religious and artistic) humans have experienced throughout history. The series, beginning with The Ruin of Kasch (1983)—half an expose of the assumptions animating modernity and half a character sketch of Talleyrand—also includes works on the mind and Hindu gods, Franz Kafka, and the Italian virtue of sprezzatura. If it sounds ambitious, it should. It might be one of the most ambitious projects in contemporary literature. It’s also one of the most necessary.

Like his other work, much of The Unnamable Present deals in philosophy. But Calasso isn’t himself a philosopher. Or perhaps it’s more accurate to say that he’s more than a philosopher: he’s a top-notch storyteller who understands (no doubt thanks to his lifelong study of the Vedas and Greek mythology) that ideas are best apprehended in the form of character. Ideas gain a heat, an ardor, to use a term familiar to Calasso, when they take on the flesh of humans and the forms of gods. Drama breathes life into thought, and the prime antagonism in The Unnamable Present is between the characters of Jeremy Bentham and Simone Weil, the fanatical materialist British utilitarian versus the ascetic French mystical philosopher. The split between their modes of thought remains with us today as the only philosophical, social, and political divide of any real significance.

Bentham was searching among human feelings and impulses for something that could be measured. He found it in utility. But that was not enough. Everything had to be measured. And Bentham discovered that it could be, if related to utility. As for utility itself, it could be measured in money … It was a pretext for political economy, then in its initial stages of grand and turbulent expansion, to take over the whole of humanity, feeding all of its components into its calculations, like market commodities. It didn’t matter that these were entities perhaps not measurable at all—or at least measured using primitive and arbitrary criteria. What mattered was that everything could now be measured. Economics … would soon become the supreme discipline on which everything else depended, and its countless representatives, up to the algorithmaticans of today, would practice it. They may not have heard of Bentham, but were putting his principles into practice—principles that rested on a false foundation, yet were easy to apply. And economics, like the world that came to be governed by it, was particularly eager to apply itself. To everything.

Calasso calls the eager denizens of this new world, practitioners of this tautological bid for control, Homo secularis. “Unlike Vedic man,” Calasso explains, “who was born with the burden of four rnas, ‘debts’—to the gods, to the rsis, to ancestors, and to mankind in general—Homo secularis owes nothing to anyone. He stands by himself. He has nothing behind apart from what he himself does. There is an inevitable sense of uncertainty, since he rests on something unstable—and perhaps insubstantial. The pleasure of arbitrary will is marred by the lack of substance.”

This “substance” which Calasso understands to be lacking in the world Homo secularis has created might be called renunciation. But it might just as easily be considered the meaning, the world, gained from that renunciation. Or, the ardor gleaned from sacrifice. In what Calasso calls “the new cult of the society,” happiness is all. But in taking the secret of happiness from outside of happiness (or bringing the meaning of the world back from outside of the world, as Wittgenstein expresses a similar notion), happiness has been destroyed. Calasso writes that “… the secularists are not happy. Nor do they feel relieved of great burdens. They feel the insubstantiality of all that surrounds them. At times, they recognize something ominous in it. But in what respect? The same insubstantiality exists in they themselves. Personalized.”

John Stuart Mill recognized in his “flat utopias” the meaninglessness that accompanies tautological modernity. As if waking up from a dream, he asked himself one day: “Suppose that all the objects in life were realized; that all the changes in institutions and opinions which you are looking forward to, could be completely effected at this very instant: would this be a great joy and happiness to you?” The entire foundation of his identity shifted when he realized that the answer was no. “Mill is regarded today as one of the luminaries of liberalism,” writes Calasso. “But liberals of every kind, whether lay or religious, never had the capacity and bold clear-sightedness to ask the question that Mill, with spotless probity, asked of himself—and it made him fall into a state that only Coleridge could describe: ‘A grief without pang, void, dark, and drear.’”

There is no joy in power devoid of meaning. Another way of expressing this dichotomy, and one that uses terms most likely more familiar with readers, is to call it information versus thought. In what Calasso has to say about how Bentham’s ideas, refracted through technology, change the experience of being human, he resembles the Korean-German philosopher Byung-Chul Han.

Scraps of information, multiplying nonstop in every direction, turn out in the end to be self-sufficient. And capable of expanding with no help from anything external. They don’t have to go through the process of thought. Big Data, itself, is the one that thinks on behalf of and looks after those who have created it. If intelligence is what is found in algorithms, then its place of preference will no longer be the mind. Indeed, the mind will tend to become the material on which those algorithms are applied. Information tends to replace not only knowledge, but thought in general, relieving it of the the burden of having to continually rework and govern itself.

Information, by encircling thought, basically suffocates it. It is an inflation of Hermes, which at the same time mutilates the shape of the god, canceling his role as companion of souls and guide to the realm of all that is invisible. What remains is a sneering and fraudulent Hermes, lavisher of poisoned gifts. First among these is the promise to get rid of intermediaries. An operation that finally allows everyone to show their intolerance of representation.

Most of The Unnameable Present is a taught, aphoristic, philosophical tract, almost sparse in its language (at least as compared to his other books, such as Ka: Stories of the Mind and Gods of India). As such, it’s probably the best introduction to his thought a newcomer might hope for. Hopefully it serves as an inducement to read his more complex work—The Ruin of Kasch and Ka, in particular. The book’s only notable flaw is the middle third, which becomes a sort of narrative-historical dramatization of the rise and fall of fascism in Germany. It’s profound and meaningful, but doesn’t quite seem to belong to the postmodern world that Calasso describes in the rest of the book. Perhaps he should instead have dramatized the rise of cybernetics and the bonding of technological control with the Western counterculture’s sense of its own identity.

A critique people might level at The Unnameable Present is that Calasso’s observations and critiques are not expressed as arguments. It’s true, they’re not. There is more depth to them than that. His writing serves not only to express his ideas but actually to embody them. Hence the range of genre expressed in his writing, mixing nonfiction with poetry with drama and more. Arguments, to use Calasso’s mode of thinking, operate like little machines—put in the right data and the truth comes out. All other options are elided and a semblance of control is maintained. What Calasso does is something more impressive. He thinks on paper. And the reader is lucky enough to observe this occurring. In a world that spends so much energy and resources creating ways to negate the need for thought—to trade meaning for power, in other words—observing such a naturally gifted thinker and writer at work is more than a pleasure. It’s a demonstration of what’s necessary for true happiness to exist at all.