Hope for a Rebirth of Common Sense in the Academy? 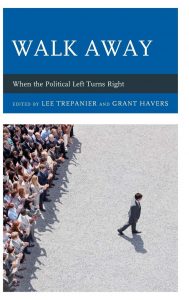 There’s a famous aphorism often wrongly attributed to Oscar Wilde, Bernard Shaw, Winston Churchill, and Georges Clemenceau, all of whom expressed similar sentiments, to the effect that anyone who is not a socialist at twenty has no heart, and anyone who remains a socialist at forty has no head. Something similar was once said by Justice Samuel Chase (a fiery Federalist who is the only United States Supreme Court Justice ever to have been impeached—by the Jeffersonians). Chase’s very beloved daughter was about to marry a Jeffersonian, and there was apparently some concern that the patriarchal jurist would object, but he coolly observed that it was no problem, and that, in fact, a young man ought to be a Jeffersonian, but an old man would be a fool if he remained one.

Alas, this epistemic arc does not hold for the majority of humans in the American academy, where the norm is to begin on the left, and to spend one’s entire career there. Occasionally, however, someone decides to make the ideological move recommended by Chase or Clemenceau, and perhaps this is occurring with increasing frequency, as this book is about several notable North American and European Academics who have “walked away” from the dominant progressive academic perspective.

These men and the men who wrote about them here (curiously there are no women subjects or authors) are not exactly household names, but among them are some of our most influential intellectuals. The book consists of an excellent introductory essay by Grant Havers and then chapters examining the move from left to right of political theorist James Burnham, political philosopher Wilmoore Kendall, the Neoconservatives, the Canadians George Grant and Charles Taylor, philosopher Alasdair MacIntyre, Catholic theologian Benedict Ashley, sociologist Christopher Lasch, Jurgen Habermas and the other Frankfurt School Marxists, and, finally, the Analytical Marxists, Canadian ethicist Kai Nielsen and Oxford philosopher, G. A. Cohen.

The book is a fine introduction to the thought of all of these impressive philosophers, though the quality of the essays is strikingly uneven, ranging from quite brilliant (Paul Gottfried’s chapter on Burnham, Jeremy Beer’s essay on Lasch) to nearly unreadable (identities withheld to protect the guilty). Perhaps this variance in quality is an implied commentary on contemporary philosophy itself, but there is, nevertheless, an attempt in these essays to address two vital questions: (1) why is so much of the academy so attracted to Marxism and the Left, and (2) why do a very few become enlightened and walk away?

The answer to the first question is implied by the aphorism with which we began—when one is young, what strikes one is the injustice of inequality; one deploys one’s youthful benevolent desire that the fruits of prosperity be made available to all, in an atmosphere of cooperation and community. “From each according to his ability to each according to his needs” makes perfect sense, and private property seems like theft. The problems of the world appear to the young to be caused by the incompetence, corruption, and unreason of their elders, but the young, with the pristine clarity of jejune ignorance, are somehow able to grasp the ideal of something better.

With age, of course, usually comes the realization that hierarchy is inevitable for a mature and complex society to function, and with hierarchies, and with the different natural distribution of human abilities and desires, comes a plethora of solutions to the problem of how to live the good life and a concomitantly inevitable unequal distribution of wealth, resources, and power. In the academy, however, with a relative lack of hierarchy among tenured professors, with the relatively equal distribution of wealth, with the constant influx of the young, and with few, if any, penalties for intellectual error, the tempered wisdom of age is not necessarily easy to acquire.

So how did the subjects of these chapters break out? If there is a common thread here, it is probably that of high intelligence coupled with honest practical observation of the reality outside the ivory towers. Thus, Burnham could see the horror of the crimes of the Soviet Union; Kendall, like George Orwell, was repulsed by the violence of the left in the Spanish Civil War; the neoconservative James Q. Wilson came to understand that the policies of liberalism weakened the African-American family and led to increased urban crime and poverty; MacIntyre perceived the misconceived and soul-crushing nature of modern bureaucracies; Lasch came to understand the danger of a self-indulgent and self-satisfied out-of-touch elite; and Cohen, like Edmund Burke, and like Russell Kirk, resisted the enforced conformity of socialism, and realized the importance of preserving real societal diversity and individualism.

The American Framers generally believed that there could be no order without law, no law without morality, and no morality without religion, and while these philosophers and political scientists are not lawyers, it is striking how many of them, perceiving the need to walk away, turned to faith. Highly successful teachers, all of them, they seem to have had the courage to reject the conformist secularism of the modern academic cloister, to reject the trendy postmodernism where rationality is purportedly an illusion, and to turn instead to tradition and to seek enduring truths. Thus, Burnham returned to the Catholicism of his youth; Charles Taylor and Alasdair MacIntyre also embraced the Church of Rome; and Benedict Ashley, who began his career as a Marxist student at the University of Chicago under the influence of the converted Christian, Mortimer Adler, eventually became a Dominican priest, and America’s leading Thomist theologian.

Kendall came to believe that J. S. Mill was a teacher of evil, because the author of On Liberty did not believe in truth, and Kendall came to worry that the United States Supreme Court was unwisely driving religion from the public square. Some, at least, of the Neoconservatives actively sought to promote classic Victorian values. Christopher Lasch, lamenting the crass materialism of his countrymen, and coming late in life to realize the insights of religious thought, like the Southern Agrarians he came to admire, Beer hints, may also have finally become a believer. Habermas eventually returned to the metaphysics he had earlier rejected. Habermas’s biographer here, Pedro Blas Gonzélez, implies that Habermas belatedly realized the point eloquently made by Roger Scruton, that “In the last two hundred years, Marxism has failed to disprove the claim that philosophical materialism paralyses human aspiration and atrophies free will.” Neilsen and Cohen, according to their biographer, Havers, while retaining the label of Analytical Marxists, still, in their “revamped historicism” and their more pragmatic approach to theory, recognized “the importance and even beneficial nature of nationalism and religion.”

Add all of this together, and it becomes less difficult to understand how a very few of us in the academy could, actually, become supporters of Donald Trump, who, almost in spite of himself, seems increasingly to further the paleoconservative values of patriotism and piety. In an era when our politicians can actually shut down the country because of an exaggerated fear of a flu-like virus—a fear stoked both by narrow technocrats and an irresponsible and alarmist media—in a time when most of the media and our governing class have been educated in universities and professional schools that have lost any sense of what it is that really makes life worthwhile, and when we are so bitterly divided about the very purpose of our polity that protestors and looters riot in our streets, the deep reflection in these essays is timely indeed. In a period in our politics and in our discourse when the common sense that formerly was the highest virtue of Americans is in short supply, the kind of an effort offered here to bring together modern science, philosophy, and theology, is welcome and necessary.

Stephen B. Presser is the Raoul Berger Professor of Legal History Emeritus at Northwestern University School of Law, was the 2018–2019 Visiting Scholar in Conservative Thought and Policy at the University of Colorado, Boulder, and is the author of Law Professors: Three Centuries of Shaping American Law (West Academic, 2017).