How the Land Can Heal 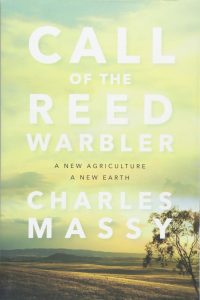 Americans today little appreciate how European settlement transformed the landscape of this continent. Before colonization, old-growth forests dominated the East, chestnuts and hickories and old oaks in abundance. Across the Midwest, the prairies stretched for thousands of miles. Today, the forests remain in scattered fragments or stands of young second-growth timber, recovering from logging; the prairies are all but gone.

European settlers looked on the American landscape as virgin wilderness, and set out to subdue it. They first erred, though, not in the attempt to subdue, but in their very perception of the land. Their understanding of North America as a wilderness ignored the sophisticated land management practices of Native Americans. Though Europeans perceived them as primitive hunter-gatherers, in fact Native Americans transformed the American landscape. They cultivated edible species in the Eastern forests, promoting the chestnuts that once ruled the forest. They burned the prairies to keep land open for buffalo herds. They modified waterways and caused erosion damage. Far from a virgin landscape, North America appeared as it did when Europeans arrived because of human intervention.

So it was not inevitable that European colonization would damage the land. The arrival of additional human beings did not mark the old-growth forest or the tallgrass prairie for destruction; Native American use of the land shows that human beings need not be a destructive species. Human beings invariably transform the land, but the transformation need not make it less fertile, biodiverse, or attractive. Indeed, human beings were in part responsible for the beauty that so awed early naturalists like John Muir. Rather than an untouched wilderness, Muir was responding to a managed landscape—a forest garden on the scale of a continent.

Some may deny that the world faces an ecological crisis today, yet the degradation of the landscape is evident everywhere. The world is losing plant and animal species. It is losing topsoil. Pharmaceuticals, fertilizers, and microplastics fill waterways. Human health faces new challenges that may have environmental causes, such as rising food allergies, asthma, and autoimmune disorders. In Australia, poor land management is bearing bad fruit in the form of a devastating drought and wildfires.

The standard environmentalist response to the crisis has been to call for human beings to draw back from influence upon the land. For many, human presence upon the land is the problem, tout court. Anti-natalism or calls to rewild significant areas of settled land reflect such an antihuman view.

If human beings have caused ecological problems, though, it does not follow that removing human influence will fix the problem. Such a simplistic approach has more in common with the early Europeans’ misperception of the land, for it recognizes no intermediary state between untouched wilderness and abuse of the landscape.

Such calls reflect what Charles Massy calls “the Mechanical mind.” For Massy, an Australian farmer, writer, and ecologist, modern human beings have erred in understanding the land by analogy with machines, not as the living, dynamic system it really is. As with the United States, Australia was once a carefully managed, yet healthy, landscape cared for by Aboriginal peoples. European presence as such did not cause the continent’s current ecological crisis; rather, the settlers’ Mechanical approach to the land caused the devastation. New science and the ecological crisis prompt the human species to emerge from the Mechanical mind into the Emergent mind, understanding landscape as a complex ecological system. Ecological healing will not come through human beings giving up a position as keystone species in the global ecosystem. Instead, human beings must promote healthier, not necessarily more limited, interactions with the landscape.

Such an approach to the land goes by a variety of names: permaculture, ecological design, agroforestry, or regenerative agriculture. Massy profiles these disciplines in Call of the Reed Warbler, encompassing more than four hundred pages of interviews, nature writing, and ecological research. Massy cites farmers working in Australia, Africa, and North America, including sustainable agriculture luminaries Allan Savory, Wes Jackson, and David Holmgren. Uniting these diverse operations is a conviction that human beings can regenerate the earth—not by limiting the human ecological footprint, but through active management of the land.

Conventional agricultural sees the landscape as a chemical process: inputs (fertilizers, herbicides, pesticides) produce nutrients that can be extracted in the form of food. Moreover, traditional agriculture simplifies the landscape, maintaining annual monocultures characterized by one or two species rather than the complexity of natural ecosystems. It is thus essentially extractive and reductive, separate from the self-regenerative quality of a natural ecosystem. Massy, however, argues that humans can regenerate rather than diminish the land, restoring fertility, building topsoil, enhancing biodiversity, cleaning groundwater, and even rehabilitating rural community. In order to regenerate the land, farmers must understand the landscape as biological rather than chemical, and they must embrace complexity rather than shunning it. Healthy landscapes will not be managed through manmade chemicals and mechanical intervention, but by evolving biological complexity that also fosters human life.

Massy describes an ecosystem as constituted by five “landscape functions”:

“(1) the solar-energy function (focused on maximising the capture of solar energy by fixing as many plant sugars, via photosynthesis, as possible); (2) the water cycle (focused on the maximisation of water infiltration, storage, and recycling in the soil); (3) the soil-mineral cycle (focused on inculcating biologically alive and healthy soils that contain and recycle a rich lode of diverse minerals and chemicals); (4) dynamic ecosystems (focused on maximum biodiversity and health of integrated ecosystems at all levels); and (5) the human-social aspect (focused on human agency triggering landscape regeneration by working in harmony with natural systems).”

The Mechanical mind simplifies or disregards these functions: solar energy is disregarded through overgrazing pastures, water is managed through mechanical irrigation or drainage, soil is treated as chemical rather than biological, dynamic ecosystems are simplified to monocultures, and the human aspect plays no role in agricultural landscapes devoid of people. In contrast, Massy argues that human agriculture need not be parasitic upon the landscape, but can improve the functioning of the five landscape functions.

Massy’s case studies provide compelling evidence that such a regenerative agriculture is possible. Focused on large-scale animal operations, he recounts more than a dozen stories of farmers who converted their operations from conventional to regenerative methods. Most managed landscapes that were showing dramatic signs of degradation: eroded, infertile, and compacted soils; excessive water runoff; declining forage quality and species counts; increasing salinity and a rising water table literally salting the earth from beneath; and even effects upon the health of the farmers themselves.

Again and again, farmers who adopt regenerative methods—often at personal sacrifice and to the disdain of neighbors and government extension agents—improve soil and water quality, restore biodiversity and their own health, reduce or eliminate agricultural inputs, increase the profitability and diversity of their businesses, and even support new livelihoods in rural areas. The agricultural methods involved vary, but include rotational grazing, the use of biodynamic compost rather than fertilizer, use of perennial rather than annual crops, and mixed production of livestock, timber, and tree crops. Two common factors unite these techniques: first, they depend upon biology rather than chemistry and technology to manage the landscape, and second, they mimic the natural progression of a landscape toward a mature, perennial ecology. Whereas conventional agriculture simplifies the landscape by keeping it in an immature state dominated by annual or immature plants, regenerative agriculture seeks to allow the landscape to mature toward a perennial state. Though this requires a transition to a new mindset about agriculture, it promotes a healthier landscape while also maintaining the farmer’s ability to make a living off the land, as Massy shows time and again.

Massy’s home country today faces one of the most shocking ecological disasters in living memory. The Australian wildfires have arisen, though, on a land that had already been abused. Degraded land retains less water, making it more subject to drought and, ultimately, more flammable. Once Australia has this disaster in check, it is imperative that land managers consider new ideas—including Massy’s—to reduce fire risk and increase the resilience of the countryside.

The good of the earth and the good of human beings need not conflict, nor is the only way out of ecological disaster to revert land to unmanaged wilderness. For Massy, new ecological science combined with the subtle land management strategies modeled by indigenous people can heal the landscape and human culture alike. Call of the Reed Warbler is a report from the frontier of agriculture and an heir of Aldo Leopold’s Sand County Almanac. But it is more than that: it is a hopeful vision of a sustainable yet practical agri-culture—of health and beauty and wholeness restored to once-devastated land.

Matt Miller lives and writes near rural Reeds Spring, Missouri, where he is working with his family to reforest their retrosuburban lawn with regenerative food crops. Less interestingly, he is Assistant Professor of English at College of the Ozarks. Reach him via matt-miller.org.