Lessons from a Forgotten Papacy 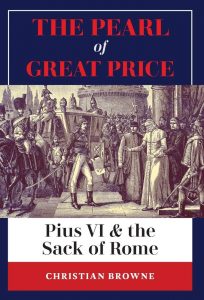 American knowledge of the Roman Catholic papacy does not run deep. It begins in the fifth century with Pope Leo the Great talking Attila the Hun out of sacking Rome, then jumps to the nineteenth century, when Pius IX’s Syllabus of Errors is recalled as a blundering attempt to halt modernity’s sweeping tide. We then skip ahead another century to Pius XII, whose twenty-year reign is forgotten save for debates on what he did, and did not do, to stop the Holocaust. John XXIII is remembered for convening the Second Vatican Council to bring the Catholic Church up to date, before John Paul II, the globetrotting celebrity pope, brings down communism and brings us to, more or less, the current day.

Even within Catholic circles, the light of history shines more brightly on popes’ responses to the political crises of their respective ages than on their spiritual acumen. Perhaps because his two feet were planted firmly in the ancien régime, conversations about the crisis that has most violently besieged the Church—modernity’s challenge to her spiritual authority and temporal standing—completely overlook the first of the modernity’s prisoner popes, Pius VI (1775–1799). To this forgotten pope fell the impossible task of confronting early modern Europe’s most severe trial: the French Revolution, with all its religion-hating furor, and the political upheaval that followed it.

To fill this void, Christian Browne presents The Pearl of Great Price: Pius VI & the Sack of Rome, an engaging and unique dramatization of the events, as well as the underlying religious and political forces, that led to the elderly pope’s capture by the French Directory and his death in exile.

Like his contemporary Louis XVI of France, Pius was every bit the product of the Old World, and he was in no way equipped to handle the challenges of the New World suddenly thrusted upon him. Pius’s reign began in a fashion emblematic of the worldly Renaissance popes who preceded him: lavishly furnishing the Vatican Museum and the sacristy of St. Peter’s Basilica. When the revolution touched off in France, Pius reacted cautiously; he even hesitated to respond to the Civil Constitution of the Clergy, which subjected the Church to the new government in making bishops and priests state employees elected by the people. Only when clerics were forced to take an oath of obedience to the government did Pius react with vigor. He condemned the oath and the ideal of “philosophical liberty” that “corrupts souls, perverts morals, and subverts the order of laws.” Less than two years later, he penned a moving encyclical arguing that the executed King Louis died a martyr’s death.

In subsequent years, the French government turned against the pope, confiscating large sects of the Papal States, which, until that time, comprised nearly a quarter of the Italian peninsula as an independent nation. Religion-hating Jacobins within the French Directory imagined the toppling of the pope as the ultimate expression of reason’s triumph over faith.

Here Browne begins his three-act dramatization, recounting real events and players with a fictionalized dialogue, although he does occasionally quote from the memoirs and official edicts of the men involved. The drama form allows for the concurrent unfolding of both the events and their underlying philosophical cause: the conflict between the ideologies of progress and liberty, as conceived by the Enlightenment, with the Christian religion’s insistence on the priority of the supernatural in ordering worldly affairs. Neither camp was willing to compromise, demanding total capitulation of the other. As Browne’s telling makes clear, the French were far more adept at this game, morphing the assassination of French General Leonard Duphot into a justification for occupying Rome, establishing a puppet republican government, and taking Pope Pius captive.

Browne’s engaging dialogue cuts to the heart of the philosophical questions in play, ones that still vex Western civilization today. General Berthier, who came to Rome to carry out the Directory’s mission, explains that “Theophilanthropy,” or “the love of God and Man,” is the goal of the Enlightenment. He describes this new religion as “a Christianity, made practical and accessible, turned towards man for the benefit of man, governed not by unintelligible ancient doctrine and a remote, imperious papal king, but by the benevolence of a republican government that exists to foster the people’s welfare.”

José Nicholás de Azara, the Spanish ambassador to the Papal States, and Pope Pius himself, are the chief antagonists of this theory in the drama. Azara assails the new French religion for offering “Christ without a Cross, a religion created by the state for its own ends” that seeks “the obliteration of civilization—that is, of history and Religion, which, together, constitute civilization.” Pius exposes how sandy a foundation the ideal of equality provides for a nation: “Without God, there can be no equality among men … [W]e are made equal because we are made.”

From the lips of Pius comes a succinct articulation of the papacy’s centuries-old perspective on the relationship of Church and State, which today we call integralism: “The Church precedes the State. She is not the State, nor does She supplant the State, but the authority and existence of the State, to be right and just, flow from the authority of Christ, as transmitted through the Church.” Surveying today’s political landscape, we know immediately which side won the philosophical battle.

Browne portrays Pius as a tragic hero, undone by forces greater than he, just as Louis XVI before him. At first, Pius was determined to remain in Rome, only yielding when he realized his refusal could instigate the destruction of his city and the persecution of his people. But he did not leave before he secretly arranged for his successor to be elected without the interference of foreign powers. In entering exile, Browne makes it clear that the elderly pope knew the stakes better than anyone: “The Faith is the pearl of great price; whatever the cost of its preservation is no cost at all.”

Browne’s book is an innovative telling of a forgotten period of the Catholic Church’s past, and a creative complement to studies on the French Revolution’s enduring impact on Western civilization. At present, most would agree with Napoleon in the play’s final scene: that Pius and his worldview are failures. Browne demurs, arguing through the pope’s secretary that Pius “was wiser than you presume with your practicality.” As nations now drift without a spiritual or moral compass to direct them, perhaps Pius, and Browne, will be proved right still.

David G. Bonagura, Jr. teaches at St. Joseph’s Seminary, New York. He is the author of Steadfast in Faith: Catholicism and the Challenges of Secularism.