Marriage Can Change Everything 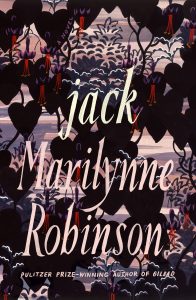 Why, I ask students who are reading Marilynne Robinson’s Gilead, does John Ames never directly give us his wife’s name? It’s only learned late in the novel, during a quick exchange with Jack Boughton, and they often miss it entirely. I pose the question as a tool to focus on the limits of narrative perspective: Gilead is a long letter from an elderly minister to his young son. She’s “your mother” rather than “my wife” or simply “Lila.” And of course the young Robert Ames knows his mother’s name even if we do not.

But there’s another explanation, one that bears on the relationship among Robinson’s four novels of the small Iowa town. Gilead is an exploration of prodigality. That is, it is fundamentally the story of the tensions between fathers and sons across three generations of Ames men, as they debate pacifism and the possibility of righteous violence, and as Ames’s older brother leaves the church. Then there’s the central prodigal, Jack Boughton, who has two fathers’ homes to return to: that of his father, Robert Boughton, and his namesake, John Ames.

The young Boughton is the opaque center around which Gilead (2004) and Home (2008) turn; in 2014’s Lila, he’s the unspoken double to the story of Ames’s wife. He has been a lacuna to readers and to those who know him. Writing from his perspective requires a careful balancing act to avoid accidentally robbing those earlier works of their power and beauty. Indeed, Robinson herself had previously vowed to not even attempt it.

Yet attempt she has. Jack, however, isn’t an attempt to “tell the other side of the story” or fill in details. Far from giving the prodigal’s perspective after all these years, it marks a turn toward a different kind of theological language: of marriage and covenant.

Robinson’s narratives of prodigals, like the Bible’s, explore sin and forgiveness. Gilead and Home each turn on slightly different accounts of a long discussion of the nature of predestination. Can a person change, Jack wants to know, or “are there people who are simply born evil, live evil lives, and then go to hell?” All that Jack touches, after all, turns to dross—whatever his intention. “I am the Prince of Darkness,” he repeats throughout Jack, half-kidding and half-convinced.

But when Jack poses this question in Gilead and Home, he sits beside his father and sister on their porch; Ames and Lila have come for supper. His namesake is evasive and uncomfortable with the topic. He squirms awkwardly and makes the futile recommendation to read Karl Barth. But to Lila, the answer is clear: “A person can change. Everything can change.”

She understands the nature of salvation through parables and metaphors devoid of fathers and sons. The road home from prodigality is not the only path toward God. Lila, after all, never had a father’s house to return to.

Since 2004, Robinson has published four novels and four volumes of nonfiction, a late-career burst from a writer whose bibliography, at age sixty, included just three titles. The essays frequently turn polemic in their insistence that Christians, particularly Robinson’s fellow mainline Protestants, are rather too shy about the Old Testament. Leviticus’s legal code is not harsh or irrelevant; the Hebrew Bible’s God is not a cloud of fury and punishment. If parent and child are the guiding metaphor of the Gospels, God speaks to the Hebrew prophets in the language of marriage. Consider Hosea, to whom God describes the end of days as a wedding:

Hosea is apt. “Go, take unto thee a wife of whoredoms and children of whoredoms,” God commands the prophet—and in Lila we learn that Ames has in fact married an unlettered former prostitute. Such language recurs throughout the prophetic books (as Ames himself observes, bemused, of Lila’s favored Ezekiel). But as Lila puts it with her characteristic directness, “That old man loves me. I got to figure out what to do about it.” She’s thinking about Ames, of course, but she might as well be Moses or Ezekiel thinking about God.

Jack’s return home doesn’t change him, at least not in the ways the parable through which his father, siblings, and Ames all imagine him leads them to hope he will. But everything can still change—because marriage can change everything.

Jack takes up the story a decade earlier, as G.I.s come home from Europe and the Pacific. John Ames Boughton too is returning—from a stint in prison for theft—when he bends to help Della Miles pick up a mess of scattered books and papers in the rain. She mistakes him for a preacher and invites him in for tea. Before Jack leaves, he steals again: two books.

“The love of a good woman! Yes!” Jack imagines his father exclaiming on the news of his marriage to the daughter of a prominent minister. But Della’s father is an African Methodist Episcopal preacher and this is a segregated St. Louis. While Della believes God recognizes them as husband and wife, the state very much does not. And just because marriage can change everything doesn’t mean that it will. Jack himself is aware of this—and Robinson performs a delicate balancing act to hold to this reality as she writes.

As the novel’s guiding consciousness, Jack marks a distinct contrast with Ames’s deep reading and historical vision in Gilead, Glory’s sorrow in Home, or Lila’s determination and curiosity. He only skims the surface of his own mind, let alone the world around him—and so too the novel. Jack is remarkably present-oriented; or, to put it less politely, he’s incapable of giving thought to past or future. Consequence is tedium, he thinks, a “pious demon.” “Thinking things through” is something his father does, an option somehow foreclosed to the son. He’s much as Ames first depicts him in Gilead: shallow, petty, and thoughtless. His bum’s life was chosen and remains a choice he continues to make. (He’s a prodigal, after all.)

These qualities we’d likely critique in person serve as essential formal constraints for the novelist. How, after all, to write about Jack without gutting Gilead and Home by making him truly known? How to keep a difficult grace from dissolving into vapid relativism? Because Jack’s mind skates along the surface, the novel does as well, beginning with an early eighty-page scene told almost exclusively in dialogue, nearly devoid of interiority. It’s a marked stylistic turn for Robinson, who shares Ames’s predilection for history and consequence

If we, as readers, still can’t quite bring Jack into focus, Della can. By her own admission, she’s more prone to anger than to forgiveness. But as she tries to explain to Jack long after their first meeting,

“Once in a lifetime, maybe, you look at a stranger and see a soul, a glorious presence out of place in the world. And if you love God, every choice is made for you. There is no turning away. You’ve seen the mystery—you’ve seen what life is about. What it’s for. And a soul has no earthly qualities, no history among the things of this world, no guilt or injury or failure. No more than a flame would have. There is nothing to be said about it than that it is a holy human soul. And it is a miracle when you recognize it.”

Della has seen Jack’s soul, just for a moment. It’s love at first sight—because this is the truest, only sight, seeing another through God’s eyes.

Still, Jack doubts whether he has done anything more than destroy Della’s life. “It’s not always clear to me how to tell grace from, you know, punishment,” as he puts it in the inevitable Robinson scene, a conversation with a minister about predestination. “It’s like I’m in hell,” he says of attempting a life with Della against her family’s wishes and in violation of anti-miscegenation laws.

Jack’s unyielding presentism is a formal constraint yet it is also, in Robinson’s hands, a vehicle for theological honesty. “If our words and meditations are present to God’s sight,” she speculates in a 2018 essay, “and if for him a thousand years are like a day, he might see in any of our thoughts and utterances the impulse that in a year, a decade, or a century will disrupt peace and destroy life.” Jack thinks too little of his ability to perceive consequence. But perhaps we think too much of our own, neglecting the possibility that God’s judgment might find us “guilty for our part in crimes we do not quite intend and will not live to see.”

The fate of one’s soul, this is to say, is radically uncertain. Jack Boughton appears as drawn toward perdition as Lila Ames is to grace, each often against their efforts and desire. The details of Jack’s life—or Lila’s or Ames’s or Glory’s—cannot tell us the state of his soul with any certainty. They can’t even tell him that much. He believes he’s damned and the inevitable patterns of his life may lead us to believe him. But despite our perch in the twenty-first century, we can see the future no better than Jack or Lila: we never learn where he goes when he leaves Gilead shortly before his father’s death, or what life Lila will lead after Ames’s.

If there’s any hope for Jack Boughton, it comes from the covenant that precedes even that which God made with Noah—the one on which, perhaps, God models his own: the first marriage, in the midst of the story of the creation and the fall: “Therefore shall a man leave his father and his mother, and shall cleave unto his wife.”