Metaphysics for a Broken Western World 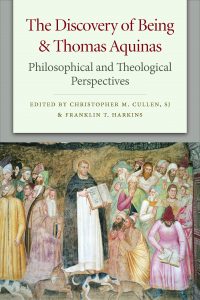 The Western world finds itself descending deeper into a state of celebrated dissipation and disorder as many increasingly begin to discard belief in God and question the very existence of truth. When truth is questioned, men cannot feel grounded and thus become disordered, for they come to doubt things that are not meant to be doubted. When belief in God is discarded simply because this belief is no longer popular and fashionable in the eyes of the momentary trends, men begin to live for disordered, improper ends and are unable to recognize these improprieties.

In this climate, bizarre fashionable pronouncements promoting false realities arise, further confusing a people who by nature need to be led to truth and drawing them yet farther away from attaining an understanding of truth.

Revisiting the ‘Being’ of Thomas Aquinas

For those who desire to find truth, rather than to live in the fashionable trends of today’s ephemeral ideologies, turning to the wisdom of those who have come before helps to provide answers rather than stow unnecessary doubt and prompt needless additional questioning.

One of those on whom one can rely is the Angelic and Common Doctor St. Thomas Aquinas. Revisiting some of Thomas’s arguments on the nature of being is the newly published collection of essays, The Discovery of Being and Thomas Aquinas, edited by Father Christopher M. Cullen and Franklin T. Harkins.

The topics of being, of what is, and of first principles, are no esoteric matters, for what is will determine man’s everyday actions and the ends in life that he chooses. As Fr. Cullen and Harkins contend in their introduction to the volume, modern philosophy has taken great issue with metaphysics, while “There is no doubt … that Aristotle and Thomas Aquinas regarded metaphysics as the highest branch of philosophy, the one that goes further than any other science in fulfilling reason’s quest for knowledge in its contemplation of the highest things.”

The volume, which is intended for academic readers, consists of thirteen essays and is separated by Fr. Cullen and Harkins into three parts. It is the second and third parts, “Philosophical Perspectives” and “Theological Perspectives,” respectively, that contain the strongest and most noteworthy essays.

In James M. Jacobs’s insightful contribution to the volume, his reading of Thomas brings him to theorize a category of being that he terms “intentional essence.” Jacobs uses the example of a political border, as in a border that delineates man-made conceptions of territories. For instance, the New York City boroughs of Brooklyn and Queens share land borders, but how real are these borders? For one who knows little of Brooklyn and Queens, yet alone that a border exists between them, may see, utilizing his senses, that nothing indicates a physical border between these two boroughs conterminous with two administrative counties. So how “real,” then, are those borders in comparison to, say, sensible objects? Is there a category of “less real”?

In Jacobs’s estimation and interpretation of Thomas, a political border, or “offices of authority,” another example that Jacobs uses, “have a kind of analogical essence which, as mind-dependent … the act of existence for these intentional essences lies in their being understood.” Jacobs theorizes this “intentional essence” category based on a cited argument from Thomas’s Summa Contra Gentiles IV.II.6: “The act of being of the intention understood consists in its very being understood.” Jacobs may be on to something in his initial arguments, but he goes on to limit severely his argument by concluding that “It is the act of understanding these intentional essences that gives them a real, active presence in the world.”

Jacobs may be leading somewhere right when he argues that political borders “lack real essences,” but he goes too far in his conclusion when he states that they “have no reality outside the intersubjectivity by which their mind-dependent essences are constituted.” To understand the existence of political borders or “offices of authority” one requires specific knowledge. This specific knowledge provides, when communicated to a man, an allowance to understanding. Just because a man does not have this specific knowledge about a thing does not mean that the thing does not exist.

Surely animals have their own self-proclaimed and understood territories with which humans are not acclimated. The knowledge of these territories is known only to the animals; but if the critters were to share the information, or humans were to discover them by observation, then humans could understand them. They still would have existed, however, regardless of the humans’ knowledge of them.

Even if a thing, such as a political border or office of authority, is man-made, malleable, and temporary, it still is. And it still is regardless of a man’s understanding, or non-understanding, of its existence.

One may disagree with some of Jacobs’s thought-provoking essay, but the excellence of a work is not always based on whether one agrees with something, but on how well it is argued and how intellectually stimulating it is.

Another excellent contribution comes from Alice M. Ramos, who reminds the reader of Thomas’s arguments that because “creatures proceed from God, then they are to return to him, and this return is effected by all beings through and in their proper operation.” Thus the “Created being cannot find its perfection in itself because it proceeds from a free act of love and of understanding on the part of God.”

Ramos cautions contemporary society with Thomas’s reasoning: If one forgets from whom he has come, then he knows not with whom he is meant to go. If one forgets his origin and does not know his end, then man has no purpose. He finds himself alone and living for the things of the world, which, of course, the Old Testament, Aristotle, Socrates, and Plato cautioned against even before the Coming.

Furthermore, by forgetting God, man does not only live an undefined, wayward life, he ignores the very truth behind his movement. “When a created being operates, it moves and is actualized. In order for a created being to be able to operate, or move itself, it must possess some potency, that is, that in the created being we can distinguish his being, which is act, from his operation, which is the actualization of a potency.” Thus, Ramos concludes, “Things realize themselves; they acquire their ultimate perfection to the extent to which they act.” To put it more simply, man cannot reach his potential if he is not acting properly with an end in view that is proper to his being a rational man. A man not acting properly can never flourish; and without God, he does not know how to act.

Souls, Bodies, and the Passions

Paul Gondreau’s contribution discusses Thomas’s conception of the nature of Jesus’s soul. Gondreau puts into contemporary wording how, for Thomas, Jesus in human form—as a carpenter, as Jewish, as a babe born in Galilee—were not random, insignificant events, but rather “the particulars of the incarnation (Jesus’s maleness, his Jewishness, his body and soul, and so on) subsist in a divine Person who, as God, transcends all particulars and all limits of time and place.”

Gondreau’s reading of Thomas is excessively generous to the passionate part of the soul. Gondreau argues that, for Thomas, “the passions are in themselves morally neutral.” Although few would disagree that Thomas believes that the passions must be made obedient to the rational part of the soul, Gondreau’s argument that “the passions play an indispensable role in the pursuit of moral excellence and holiness, a necessary first step in our striving for happiness,” is overly generous. Perhaps the struggle to contain the passions leads many to holiness, indeed, but for how many does the struggle ultimately lead them to evil? As fully human and fully divine, Jesus shared in the human condition, a condition that necessarily entails the battle to tame the passions. But as fully divine, he also did not sin. Man, however, is cursed with concupiscence. Had man’s first ancestors not given into the passions, God indicates that happiness would have been theirs.

On this topic of man’s lifetime condition of having to act properly in a conscious manner in order to reach his proper end, Shawn M. Colberg argues that for Thomas, man’s good actions are never simply as a result of his own will, but rather any time that a man acts good, he has been afforded grace by God. As Colberg notes of Thomas’s argument, when a man must persevere in the face of temptation, it is God’s constant helping grace that “promotes order in the intellect and will, and in doing so, it moves the wayfarer to persist when tempted by false or private goods that appeal to the lower appetites.”

For how evil may affect man’s ability to act properly, one may consult Harkins’s contribution, which discusses some of Thomas’s arguments regarding the essences of angels and demons and addresses the questions of whether angels assume bodies and if demons are able to reproduce.

The world needs Thomas Aquinas. The wisdom that helps bring men closer to objective truth, thereby giving them a feeling of being grounded, is a desideratum. With his constant disputation of the truth, which he detests, the prince of lies desires to cause confusion and waywardness. Fr. George W. Rutler, STD wrote recently that “When the lights of truth go out, and the corridors of civilization fill with the smoke of Satan, the only sure guides are the prophets and saints.” When it comes to the perennial questions of man, obdurate contemporaries will waste their limited earthly times looking to fashionable worldly ideologies and trends for answers, while St. Thomas Aquinas awaits all those who come seeking the truth.

Gerard T. Mundy is a writer and teaches philosophy (political philosophy specialization) at a private college in New York City.