Passing through the Gathering Dusk 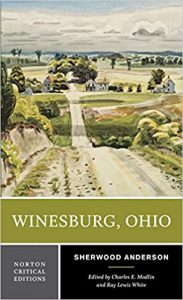 The life of reality is confused, disorderly, almost always without apparent purpose, whereas in the artist’s imaginative life there is purpose. There is determination to give the tale, the song, the painting, form—to make it true and real to the theme, not to life.

During the earliest years of my life, my family lived in Grandmother’s old farmhouse just outside the crossroads village of Grassfield, Virginia. One summer evening during the final weeks we lived there, Dad and Mom and I sat with my little brother on the brick front steps of the house. Supper was over and the dishes washed. The day was far spent but it was not quite full dark. The crickets and cicadas chirred without letup, and the humid air was filled with the aroma of new-cut grass. Lightning-bugs flickered by the thousands. My parents talked quietly between themselves about matters above my head while I periodically chimed in with chirpy questions typical of a four-year-old boy. At the foot of the front yard, we could see the gray ribbon of Cedar Road as it wound past the house, crossed a short bridge over a creek, curved sharply, and disappeared over a rise in the direction of Grassfield.

In the distance, walking toward us across the bridge, a lone dark figure appeared. We could just barely make him out in the gathering dark, and then only because he was smoking a cigar that glowed like a distant star. It was just a man walking from somewhere to someplace. Whatever he had been doing, whatever he was thinking, where he was heading, were all mysteries. “There’s a man coming up the road yonder,” said my dad quietly. We watched silently as the distant figure walked past the front edge of Grandmother’s property in the firefly darkness. In a few minutes he passed beyond our line of sight and we resumed talking.

Outside the consolations of religious faith, every person’s life is something like the appearance of that unknown man. We enter the world out of eternity, pass through life for a minute, and then disappear, having experienced one seemingly random event after another. And then the rest of life goes on. For some of us, often upon reaching middle age, the time comes to step back, take stock of life in general, and claim one’s share of the human story before disappearing from sight.

That time of retrospection for Sherwood Anderson occurred in 1919, when the little-known forty-three-year-old writer assembled twenty-two short, interconnected stories he had written in the course of his life and published them in his masterwork, Winesburg, Ohio. In this novel, Anderson crafted a portrait of a lost America reminiscent of an Andrew Wyeth painting. Each story, each chapter in Winesburg captures a world of broken dreams, hopes that died aborning, and struggles with faith and meaning. The stories are written in the spirit one of the more melancholy Psalms—“As for man, his days are like grass; he flourishes like a flower of the field; for the wind passes over it, and it is gone, and its place knows it no more.” Winesburg depicts a world in which the only constants are the longing to be loved by someone else, the reckless, tidal surging of sexual desire, and the sure prospect of death. That and recurrent reminders that loneliness is a constant companion to many.

The world Anderson describes in Winesburg is one in which communication with others is forever misdirected and imperfect, where attempts to connect through the spoken word always betray the speaker to being misunderstood. In Anderson’s world, E. M. Forster’s famous admonition, “Only connect,” remains a will-o’-the-wisp, pursued but never attained except in fleeting moments. Misunderstandings abound despite characters’ earnest attempts to speak plainly. Upon the publication of Winesburg, the normally hard-to-please critic H. L. Mencken described the work with “the joy that goes with the discovery of something quite new under the sun—a new order of short story, half tale and half psychological anatomizing, and vastly better than all the kinds that have gone before.” The book resonated with critics and readers upon its appearance, becoming a minor classic in its time. “With the publication of Winesburg I felt I had really begun to write out of the repressed, muddled life about me,” wrote Anderson in a letter to his Russian translator.

Muddled, yes; and yet, amid the brokenness and frustrations endured by his characters, Anderson captures an elusive but definite beauty about life: beauty that is depicted in simple acts of everyday activity by humble people who expect little from life in terms of wealth or public recognition: who accept the rightness of honest labor, who glory in the natural beauty of fields, forests, and little rivers, and who are haunted by the distant, lonesome call of a train’s whistle late at night. At the end of the novel, as the central character, eighteen-year-old George Willard, departs by train, he remembers only

little things—Turk Smollet wheeling boards through the main street of his town in the morning, a tall woman, beautifully gowned, who had once stayed overnight at his father’s hotel, Butch Wheeler the lamp lighter of Winesburg hurrying through the streets on a summer evening and holding a torch in his hand, Helen White standing by a window in the Winesburg post office and putting a stamp on an envelope.

These fragments, told in Anderson’s characteristic spare prose, resonate with the modern reader, who somehow remembers a good place he or she has never known. If there is a single word that describes Winesburg, Ohio, it is bittersweet. “Every middle westerner will recognize Winesburg, Ohio, as the town in which he grew up,” wrote playwright Maxwell Anderson (no relation) in a review of the book. Midwestern it is indeed; but Winesburg, Ohio is in fact recognizable to anyone who lived in a village or small town or even small city in pre-Internet America. And possibly, to city-living readers in the United States and around the world who have never known that simple milieu.

In his own way, Anderson came to believe the truth discovered many decades earlier by Dostoyevsky in Russia, immediately after the latter’s famous near-miss brush with death by firing squad. As the biographer Joseph Frank claims, Dostoevsky came to understand for the first time “the truth that life itself is the greatest of all goods and blessings, and that man has the power to turn each moment into an ‘eternity of happiness.’”

“Life, not death, is the great adventure,” is Anderson’s epitaph, chosen by the writer himself. Life, yes; but life without the prospect of eternal life. Christian readers tend to recognize that while Anderson speaks eloquently of the inconsolable wound with which every person is born, he stops short of providing an answer that affirms the possibility of the transcendent.

Be that as it may, on the question of life’s preciousness one of Anderson’s disciples, Ray Bradbury, wrote, “I accept the whole damn thing. It is neither all beautiful nor all terrible, but a wash of multitudinous despairs and exhilarations about which we know nothing.” These are words with which Anderson himself might well agree. Both Bradbury and Anderson urge their readers to embrace life while we can, knowing that it is the lot of every one of us to someday follow Ray Pearson (from the Winesburg story “The Untold Lie”) and disappear into the darkness of the fields. “In Anderson, when all is said is done, it is the strong human quality which draws one to him and leads one to prefer him sometimes to those who are undeniably superior to him as artists,” wrote another admirer, novelist Henry Miller.

Anderson’s prose style may be sparse but it can and does soar. In the story “Sophistication,” Anderson’s simple words ascend at times into the realm of lyric poetry. At one juncture he writes,

There is a time in the life of every boy when he for the first time takes the backward view of life. Perhaps that is the moment when he crosses the line into manhood. The boy is walking through the street of his town. He is thinking of the future and of the figure he will cut in the world. Ambitions and regrets awake within him. Suddenly something happens; he stops under a tree and waits as for a voice calling his name. Ghosts of old things creep into his consciousness; the voices outside of himself whisper a message concerning the limitations of life. From being quite sure of himself and his future he becomes not at all sure. If he be an imaginative boy a door is torn open and for the first time he looks out upon the world, seeing, as though they marched in procession before him, the countless figures of men who before his time have come out of nothingness into the world, lived their lives and again disappeared into nothingness. The sadness of sophistication has come to the boy.

These autumnal words resonate with many to this day. They resonate with this writer, who remembers still the distant image of a lone man walking a country road long ago, smoking a cigar as he sauntered from somewhere to someplace and disappeared forever.

Anderson once declared, “I know that we shall never have an American literature until we return to faith in ourselves and to the facing of our own limitations. We must, in some way, become in ourselves more like our fellows, more simple and real.” The result of such an endeavor would be crude but (in the hands of a true craftsman) something recognizable, homely, and beautiful, like the sweet taste of a twisted apple rejected by the harvesters. This Anderson achieved in Winesburg, Ohio, published one hundred years ago, describing an America that has vanished but lives on in memory.

James E. Person Jr. is a longtime reviewer. He is the editor of Imaginative Conservatism: The Letters of Russell Kirk (University Press of Kentucky, 2018).