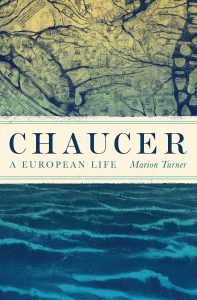 We know so little about Shakespeare’s life. The facts could be put onto no more than a page. That has not prevented biographers from writing book-length works, featuring their favorite dodges: “must have been,” “must have felt,” “there is no reason to question,” “there is no reason to doubt,” “can there be any doubt?,” “no doubt,” “it seems extremely likely,” “it did essentially happen, we may be reasonably certain,” “undoubtedly,” “almost certainly,” “all but certainly,” “one can be sure that,” “could very well have,” and “nothing is more likely”—to cite just the favorite suppositions studded through Newton Arvin’s biography of Herman Melville—a figure almost as opaque as his fellow Custom House predecessor, Geoffrey Chaucer.

The trouble with supposition is that it leads to escalation into a knowing narrative, with vague phrases like “ring of truth.” Too many biographies are built on the maybe so—like that summa of suppositional biography, Stephen Greenblatt’s Will in the World: How Shakespeare Became Shakespeare, which takes leave from the land of fact for the enchanting world of make believe. The modern craving for intimacy, for understanding the psychology of the person, not merely the character of the subject, too often runs amuck. There is a better way, Marion Turner demonstrates.

How then do you write a biography of Chaucer without the biographical equivalent of prostheses and other surgical implants and appliances? Turner’s subtitle is part of the answer: Track Chaucer’s reading of Dante, Boccaccio, and other European writers and compare his treatment of his characters and themes with theirs. She achieves remarkable results, showing how contemporary Chaucer is in providing his characters with an individual identity—including women like the Wife of Bath. And the biographer matches her discussion of Chaucer’s characters with his career at Court, showing him to be a superb diplomat and commercial traveler with a worldly perspective that made him stand out in the provincial English aristocracy. Unlike many of his contemporaries he did not lose his head or his property by backing the wrong side. He was adept at playing both sides of the street.

This much perhaps any traditional biographer would do: Explore the subject’s intellectual background and travel itinerary. But then Turner draws on recent scholarship about space—about how human beings react to the structures and places that enclose them. As a young man Chaucer knew how to display himself at court in the latest fashion, wearing a paltok, an item of clothing that no biographer (which means males) thought to investigate, but which, Turner discovered, turns out to be a sort of tunic shorter than a mini-skirt, so that the not-yet-esteemed poet could parade about with his private parts on display. In short, Chaucer was one of the pretty boys in the service of patron Elizabeth de Burgh. From this fact, Turner explores the poet’s fascination with his characters’ getups, but also with the context in which they operate, which brings us back to space. In Chaucer’s world, everyone was watching with an intensity and contentiousness that makes our concerns about social media seem trivial by comparison. In Chaucer’s world, in order to survive, let alone thrive, you had to know how to exhibit yourself but also how to look for cover when those in power expressed their displeasure.

Where Chaucer chose to alight speaks volumes about him, Turner argues. But I will let her explain:

In writing a biography of Chaucer, I’ve chosen to tell the story of his life and his poetry through spaces and places, rather than through strict chronology. Each chapter focuses on a particular space that mattered in Chaucer’s life, as I attempt to recreate multiple kinds of environment. Some are actual places, such as Vintry Ward or Florence. Some represent contemporary structures that mattered both socially and in the contemporary imagination, such as the Great Household or the Inn. Others are more abstract and draw on key metaphors used by Chaucer, such as the Cage or the Threshold. In every case, my aim in exploring the space is to find out more about Chaucer’s imaginative development—as opposed to his emotional life, which I believe is beyond the biographer’s reach.The spaces and institutions in which Chaucer lived and worked, and the places that he visited, shaped him as a person and as a poet.

Rather that maunder on about Chaucer’s feelings, Turner asserts: “His psychological development is mapped through his movement across different kinds of location.”

And what wonders Turner can work with a word!—threshold, for example: “the whole of the Canterbury Tales exists in a kind of transit lounge: between London and Canterbury but never actually in either city. The movement of the pilgrimage is structured by a pull forward and a resistance to that pull.” The traffic to and fro bespeaks, Turner observes, “states of being and modes of thought.” This is not an abstract observation, as Turner follows up: “Chaucer spent much of his life literally on thresholds: living on the walls of the city, the boundary between inside and out; working at the riverside, looking across to Southwark and Kent or inward to the city; moving to the other side of the river and continuing to traverse the liminal water.”

As you see, I find it difficult to stop quoting Turner, since she puts the life she is following into such intricate yet accessible prose. You need to stick with this long biography to fully absorb the point toward which she is headed. In other words, it becomes a journey just like the many trips Chaucer took for himself and others. He was wily in his choice of words, seeking to remain in royal favor but also loyal to the shifting perspectives of his characters. In Turner’s telling, Chaucer is every bit as adept in presenting different points of view as, say, Faulkner.

This is a scholarly biography, which means that if you are interested, you can follow the critical debates over Chaucer’s life and work at the bottom of practically every page. Turner is generous with her predecessors and candidly reveals how much her work builds on theirs, even when she is also disputing some of their conclusions. She contributes an essay, by the way, to a volume in which I also appear: A Companion to Literary Biography, which I mention here because she is that rare biographer who is not only steeped in her subject but also profoundly aware of the strengths and limitations of the genre she has chosen to write in, which has been dominated by the biases of men whose work she takes apart in her essay.

The poet’s legacy, in Turner’s view, is also political. Chaucer never believed in the divine right of kings and always sought in the most subtle ways to show why absolute power would ruin government. He devoted remarkable attention to commoners and to different kinds of characters, creating polyphonic effects. He seems very modern in this regard—or perhaps a better word is timeless.

Carl Rollyson’s The Life of William Faulkner and The Last Days of Sylvia Plath are forthcoming in 2020. He is currently working on a biography of Herman Melville.