Poets of Brutality and Redemption 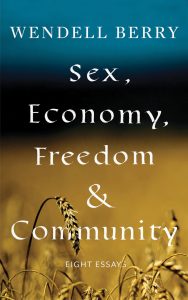 Today, brutality abounds. In its countless iterations, whether the brutality toward the unborn; the poor and disenfranchised; the religious or ethnic minority; or women, there sometimes emerges a voice of magnanimity to reorient us away from the chauvinism and vulgarity.

The Palestinian poet Mahmoud Darwish, who died in the U.S. in 2008, was remembered for breathing humanity into the Palestinian and Israeli maelstrom that was the backdrop of his career. A poet—emphasis on “poet,” since Darwish rejected the label of “symbol,” “hero,” or “patriot”—of brutality, Darwish wove the tenderness of the Levant and its bounty into his work. Jasmine, olive trees, and thyme are among the sensate natural elements to temper the vulgar brunt of brutality. Often ruminating on the theme of home, he qualifies it as the place he can drink his mother’s coffee. Always with humility, Darwish untangles the abstractions created by brutality to remind us of our oneness with creation and our fallibility.

Darwish was in exile for most of his life, having traversed from Russia to Cairo, and his identity as a Palestinian (despite his rejection of being considered a nationalistic figure) shrouded him in controversy, dooming his work for literary embargo. In Port Royal, Kentucky lives the American farmer, essayist, novelist, and poet Wendell Berry, who has a kinship with Darwish, despite seemingly disparate circumstances and possibly having never met. Berry’s book Sex, Economy, Freedom & Community offers a pathology of our country’s exodus within itself with a sense of irony and wistfulness comparable to that of Darwish.

Despite the geographic scope of most of this book of essays being limited to the States, Berry’s collection is an appeal to the human affinity for “somewhere,” which is, in the words of Flannery O’Connor that Berry draws on to introduce his book, “better than anywhere.” Berry transcends the junk artificiality of politics to affirm our continuity with the permanent things.

Throughout the book’s eight essays, Berry often reveals himself as the bespectacled eyes of The Great Gatsby’s T. J. Eckleburg and a steward of God’s creation, lamenting the brutality created by exploitative corporate practice and libertinism, characteristics of the American departure from nature, tradition, modesty, love, and each other. His preface, “The Joy of Sales Resistance,” frames his righteous indignation with acerbic irony, a common rhetorical flourish of his. The simple truths of today are decided by the sales cognoscenti, the dichotomy that includes the educated against the rural and blue collar, the “Party of Hardheaded Realists” against the religious. He uses the mantra that this Party of Great Minds sells to encapsulate the root of modern brutality: The free market, reduced government, and unlimited economic growth have been a boon to unchecked, gluttonous consumption, and window dressing for a so-called economic prosperity that has come at the cost of hollowed out communities lacking “economic democracy” or self-determination.

Berry’s essays “Conservation and Local Economy” and “Conservation Is Good Work” include ambitious prescriptions for the destruction of the earth and subsequently community—prescriptions that now appear quaint in retrospect; since the pieces were written in the early nineties the notion of a local economy has only further diminished in favor of an increasingly integrated global economy.

What is missing from today’s “climate” dialogue (moderated by the Great Minds) is the communion that exists between healthy local economies and the land they inhabit. Recognizing local economies would require recognizing their destruction, and subsequently the destruction of rural communities where our food is grown. Based off of the trend in condescending reporting from corporate media that has suggested their smug contempt for such communities, Berry’s suggested method of conservation—putting local capital to work locally, buying local food grown on small farms, increasing cooperation between households, farms, factories, banks, consumers, suppliers—is relegated or ignored.

Berry’s framework is a universal one, expanding to include all living creatures and the specific places they inhabit. In a spirit similar to that of Darwish, he is not (or not first) a political figure. His preferences are informed by his husbandry of the land as a farmer. His essay “A Bad Big Idea” emphasizes his humane concern for farmers abroad who, due to revisions in the General Agreement on Tariffs and Trade, would be exploited by supranational corporations. Berry is a critic of the supposed free market economy as a function of his localism, which accounts for the international diversity that a global economy doesn’t. Freedom is found within empowered, high-trust communities both domestically and abroad.

Berry is interested in a social justice that recognizes the greed and exploitative activities of the profiteers of abusive industries such as big agriculture, and similarly, the military-industrial complex. In “Peaceableness Toward Enemies,” an essay worth revisiting as we approach two decades of a rudderless war in the Middle East, Berry points to the purpose of our myriad wars as being a dependence on petroleum, a form of excessive consumption we’ve yet to curb today since his writing during the Gulf War, and one that has bred a brutality that can not be so easily hidden. Industrial warfare has promised more gore, destruction, and death. Working to debunk the myth of war, that it is evidence of a country not in decline, Berry laments the internal class division that has since become a salient feature of political movements that have sought the establishment’s demise, the 2016 presidential election an example from recent history. “While we waged war abroad, an undeclared civil war was being fought every day in our streets, our homes, our workplaces, our classrooms. And none of these problems can be corrected merely by wealth, power, and technology. The world’s most powerful military force cannot help at all.”

In destroying the Middle East, we destroyed ourselves. Our land, our oceans, the innocent, the children have all been euphemized as “collateral damage” when indeed it is irreversible and more consequential than the sacred cow that is the trading of cheap products. In moving outward geographically, he urges us to look inward.

Berry’s departure from the secular also reflects his iconoclastic character. A strain throughout his book that precludes him from being reflexively placed in an ideological category, a conservative or a liberal, is his faith. He articulates this in “Christianity and the Survival of Creation,” the reading in the book that seems to form a foundation for everything else. In order to deny the value of God’s creation and thus abuse and profit gratuitously from it, one must deny that “there is spirit or truth” in it. This is at the core of Berry’s prognosis of civilizational decline; that the holy must be denied to permit its large-scale exploitation. In doing so, economic brutality and sexual brutality depend on each other for reinforcement.

His valedictory essay, “Sex, Economy, Freedom, and Community,” presents the naked body and soul as victims of economic greed, in what is an appeal to the human spirit that resides within the corporeal form that is also exploited by the economic brutality that destroyed the trust and fabric of communities. “Where the body has no dignity, where the sanctity of its own mystery and privacy is not recognized by a surrounding and protecting community, there can be no freedom.”

Sex, Economy, Freedom & Community is a departure from reality in that it is hopeful and romantic, and reality is bureaucratic and corporate. In an age when gnostic spirituality and transhumanism are valorized, however, we are quick to call the modest philosophy of people like Wendell Berry untenable. With the lofty promises every sterling new gadget gives us, it’s reflective that it seems impossible to return to a place that had already existed, while achieving eternal youth is likely a work in progress in a California lab. But in creating a fantasy world of the past in the present, the reader must face the prospect of a future that isn’t much different than the physically and spiritually polluted one that Berry pathologized.

Like Darwish, Berry is also a poet who has sought to bring harmony to a world devastated by brutality. And like Darwish, should Berry’s romantic philosophy fall on deaf ears, he may also find that poetry may not change the world, but only the poet.

Marlo Safi is a freelance writer based in Pittsburgh and a senior contributor at Crisis Magazine. Her work can be found in National Review, The Spectator US, and the Wall Street Journal. Her Twitter handle is @marlo_safi.