Portrait of a Genius 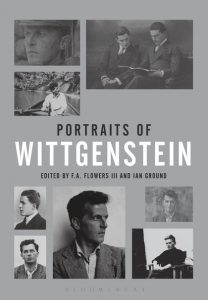 The most infamous “episode” in the life of Austrian philosopher Ludwig Wittgenstein (1889–1951) occurred during a meeting of Cambridge University’s Moral Science Club on October 25, 1946, when Wittgenstein, according to some, threatened fellow-Austrian Karl Popper with a fireplace poker during a philosophical dispute. (A whole book, a very good one, was written about this: Wittgenstein’s Poker: The Story of a Ten-Minute Argument Between Two Great Philosophers by David Edmonds and John Eidinow.) Some present at the meeting dispute that Wittgenstein threatened Popper; they say he was wont to brandish the poker in the air during the meetings and that it was just a sign of his passion for philosophy. The story ends when Bertrand Russell tells Wittgenstein, his former collaborator, to put the poker down, and soon after this Wittgenstein leaves the meeting in a huff. One could make a Rashomon-type movie based on the various descriptions of what took place at the meeting, but the main point, philosophically, was what the two philosophers were arguing about.

“The real discovery,” he [Wittgenstein] writes, “is the one that makes me capable of stopping doing philosophy when I want to. The one which brings philosophical peace, so that it is no longer tormented by questions which bring itself into question.” The proper way to deal with “torment” is to undergo a kind of therapy, and it is this therapeutic conception of philosophy which is sometimes seen as one of Wittgenstein’s principal legacies. Philosophy is not a straightforwardly intellectual endeavour in pursuit of truth, but a struggle with the confusions that our language and thinking throw up. It is comparable to the treatment of an intellectual “disease,” or, in one of Wittgenstein’s famous phrases, philosophy is a battle against the “bewitchment of our intelligence by means of language.”

That is, Wittgenstein took philosophy personally; it was a struggle of intellectual integrity, clear thinking, sincerity. And because Wittgenstein was such a charismatic figure, this meant that his philosophy was inextricable from his life. It was as if he was all alone in the world and everyone else witnesses of his struggle.

This is why a book such as Portraits of Wittgenstein makes such compelling reading. First published in 2016 in two volumes (1138 pages), the book has now been cut in half by its editors, making it more accessible. It is a collection of essays written by people who knew or came into contact with Wittgenstein over the years. Most people who did so either hated him or loved him; almost all feared him. John Maynard Keynes, a friend, wrote about Wittgenstein, “God has arrived. I met him on the 5:15 train.” Even someone, such as this writer, who thinks there are philosophical problems, can find himself fascinated by, even rapt in this kaleidoscopic portrait of a genius, a saint-like holy fool of philosophy who lived his philosophy to the uttermost.

Perhaps the key to his mode of philosophy is that he did not start out as a philosopher. He was born into a hugely wealthy Austrian Jewish family to a stern well-connected industrialist father and a musical mother (Brahms was often a visitor to their house). It was a privileged upbringing, though it is thought the father’s sternness contributed to three of four of Wittgenstein’s brothers committing suicide. After graduating from high school he went to Berlin to study engineering, for he loved machines. In 1908 he went to England and experimented with kites as a research student at the University of Manchester. Through his engineering studies of jet engines and propeller design he became interested in mathematics and then in the philosophical foundation of mathematics, which led him to the works of Bertrand Russell and to visit logician Gottlob Frege in Germany, who told him to go back and study with Russell.

In Cambridge, Wittgenstein studied logic with Russell and the two became friends. Early in their work, before World War I, Russell impressed Wittgenstein by saying, after an intense session with Wittgenstein, “Logic is hell!” This was precisely Wittgenstein’s view of philosophical work. But their friendship became more distant after World War II, when Russell wrote more popular works. As Norman Malcolm writes in “A Memoir” (Chapter 32 of this book), “Wittgenstein had a poor opinion of Russell’s contemporary philosophical writings. ‘Russell isn’t going to kill himself doing philosophy now,’ now, he said with a smile.” And yet in meetings of the Moral Science Club, “Wittgenstein was deferential to Russell in the discussion as I never knew him to be with anyone else.”

But back in the early days of their friendship, Wittgenstein, although he was not obliged to, joined the Austrian army in World War I. He thought he needed an ordeal to go through. He was a brave soldier, even foolhardy, and the war brought him face to face with the only form of Christianity he could accept (he had rejected his childhood Catholicism), Tolstoy’s miracle-free version. F. A. Flowers III, one of the editors of this volume, writes (in his preface to Tolstoy’s The Gospel in Brief) about Wittgenstein’s experience:

During the early months of World War I, Wittgenstein’s regiment participated in the absurdly incompetent Galician campaign, in which there were more than 600,000 casualties. The great suffering Wittgenstein witnessed made him feel completely alone and abandoned. Soon after arriving in Galicia, he found himself in a small bookshop in Tarnow, which contained just one book: Tolstoy on the Gospels. He bought The Gospel in Brief, merely because there was no other, and started reading it on September 1, 1914. Wittgenstein began receiving benefits from the book almost immediately. He “read and re-read it, and thenceforth had it always with him, under fire and at all times.”

One of the results of reading Tolstoy was that Wittgenstein gave away almost all of his father’s inheritance when he returned from the war. For a while he taught elementary school in Austria but got in trouble for being too strict with his students, although he was also remembered for being incredibly devoted to teaching them, mostly in unorthodox fashion. He also designed a house for his sister, a very modern one, and his attention to detail and exact measurements was said to drive his contractors to despair. He never did anything by half measures.

Eventually he returned to Cambridge and did philosophy by having students come to his lodgings. These were very Spartan indeed, the only place to sit being in canvas deck chairs and on the floor. He would ask someone to ask a question and then he would delve into the question with long silences, often holding his head in his hands, sighing loudly and complaining how stupid he was. He had little furniture and few books. He was devoted to watching American Westerns at the cinema and reading cheap detective magazines and novels. He spent time in Norway and Ireland working on his book, published posthumously, Philosophical Investigations.

The only book he published during his lifetime (though several of his notebooks were copied and passed around with his permission during his life) was his Tractatus Logico-Philosophicus. This book is a fascinating mix of, for this reader, dry-as-dust logic and fascinating metaphysical assertions—such as, “Not how the world is, is the mystical, but that it is,” and “We feel that even if all possible scientific questions be answered, the problems of life have still not been touched at all. Of course there is then no question left, and just this is the answer. The solution of the problem of life is seen in the vanishing of this problem … There is indeed the inexpressible. This shows itself; it is the mystical.”

During World War II Wittgenstein volunteered in a hospital helping with research in traumatic shock and made at least two important improvements in procedure, one having to do with the composition of an ointment and another with how to measure loss of blood in the wounded using the measurement of the wounded man’s fist. He visited America towards the end of his life and impressed those he met, among them the American writer, William H. Gass, the same way he impressed everyone everywhere.

As Knut E. Tranøy writes in “Wittgenstein in Cambridge” (chapter 52 of this book),

Many have testified to the great force of his personality. Although I was not under the spell of his philosophy, I was under the spell of Wittgenstein, the man. It seems he could not avoid casting a spell, and some were repelled by it as strongly as others were attracted. Those that were drawn to him were bound by an affection which had in it something that could perhaps be called love. It happened to fishermen and farmers as well as to philosophers.

Portraits of Wittgenstein tells the story of a life through the voices of those who knew him. It seems to affirm his last words, recorded as he died of prostate cancer at the Cambridge home of his physician: “Tell them I’ve had a wonderful life.”