I keep six honest serving-men
(They taught me all I knew);
Their names are What and Why and When
And How and Where and Who.

The world is full of research guides, and the world is full of Internet guides, but the world is assuredly not full of research guides that use the Internet merely as one resource among many. For this reason, The Information-Literate Historian—a cumbersome title for an approachable book—stands out. Conceived as it was in the age of the World Wide Web, it thereby differs from such acknowledged classics as Jacques Barzun and Henry F. Graff’s Modern Researcher. These have gone through so many editions that, by now, they sometimes convey the sense of recent hi-tech having been shoehorned at the last minute into a premodern conception. The Information-Literate Historian is, by contrast, an organic whole. Any idea that Jenny L. Presnell (librarian at Miami University in Ohio) might be guilty of cybertriumphalism should be scotched at once. Her outlook is predominantly moderate, reasonable, and cautious; certain Straussians would probablyaccuse it of being “historicist.” Where she disappoints, it is less through any structural shortcoming than through moments of deference to politically correct whims, among which the use of “[Before] Common Era” instead of “B.C.” and “A.D.” is a small but telling specimen.

Dr. Presnell does not concern herself with the basics of formatting, house style, and so forth. Those techniques she leaves to another long-established text, Kate Turabian’s Manual for Writers of Term Papers, Theses, and Dissertations. Hers is a more philosophical approach than anything in Turabian, but not so philosophical as to leave the reader short on practical tips.

Chapter One contains useful data about the historian’s role, about the difference between primary versus secondary sources, and about the need for avoiding plagiarism. “Blatant plagiarism,” Dr. Presnell comments, “can lead to a failing grade and even expulsion from school.” (It can alternatively, of course, lead to posthumous triumph, as Martin Luther King’s career indicates. Dr. Presnell notes with approval the website of the King Center, but remains silent on King’s literary thefts.) The Information-Literate Historian refers briefly to the celebrated filchings carried out by Stephen Ambrose and Doris Kearns Goodwin, and to the wholesale fraud perpetrated by Michael Bellesiles in Arming America: all well and good, though it is hard to justify the citing of Historians in Trouble by regular Nation contributor Jon Wiener, given that Wiener actually tried to minimize the harm of Bellesiles’s antics. Nevertheless the bibliography at the end of this chapter, as at the end of the remaining chapters, proves generous and mainly worthwhile.

Probably Chapter Two is the best single part of Dr. Presnell’s study. It deals with the nature of reference works, discusses the varying types of such works, sensibly warns against undue reliance on Wikipedia (“As a researcher, you must remain cautious if you use this source”), and, best of all, includes long annotated lists of mostly print-based publications ranging from the Encyclopedia of U.S. Foreign Relations via the Australian Dictionary of Biography to the Annuaire Statistique de la France. Dr. Presnell invokes no Anglophone provincialism here: Leading French-language, German-language and Italian-language sources are accorded due respect. This reviewer, for one, will return frequently to Dr. Presnell’s lists for future research projects whenever the more predictable reference titles prove unavailing.

Dr. Presnell then moves on to suggesting hints for catalog searches, such as the judicious employment of so-called wild cards (entering an asterisk, for instance, after the word “child” should lead the user to catalog items containing “children” and “childhood” as well as “child” itself), the changes in libraries’ subject-headings that occur over decades (“Negroes” became “Afro-Americans” and then “African-Americans”), and the research possibilities offered by libraries’ Worldcat function. “[R]esist thinking of Worldcat,” Dr. Presnell advises, “as a database that contains every book ever written, in every library. It does not.” What Worldcat can do is furnish leads not readily available by any other method.

With Chapter Four comes an explanation of the dissimilarities between specialist journals and generalist magazines: dissimilarities not in literary style alone, but in the employment or non-employment of referees. There are also more bibliographical lists here, including such offbeat items as L’Année Philologique, Internationale Bibliographie der Zeitschriftenliteratur, Annual Egyptological Bibliography, and American Bibliography of Slavic and East European Studies, these containing material that would completely escape the tyro who relied merely on obvious aids like Reader’s Guide to Periodical Literature. The difficulty with such a profusion of journals is that sometimes, even in the internet age, such esoteric collections will not be available online at all. At other times they will be, but solely through paid subscription mechanisms.

Having supplied numerous building blocks for the sort of research project that an undergraduate might undertake, Dr. Presnell proceeds to clarify “how to decide if the resources you have found are reliable and of good quality.” Her precept in this chapter is better than her practice, which for some reason leads her to regard Daniel Jonah Goldhagen’s Hitler’s Willing Executioners as a contribution to scholarship, despite the thorough refutation of its theses by historians as varied as Eric A. Johnson and the late Raul Hillberg. Still, one can hardly complain about Dr. Presnell’s overall counsel: such as her stress upon examining footnotes carefully, and her point-by-point clarification—reproduced, with full acknowledgment, from the Journal of Academic Librarianship—of the difference between scholarship and propaganda. (This clarification should in itself have sounded alarm bells in her mind about Goldhagen’s methods.) 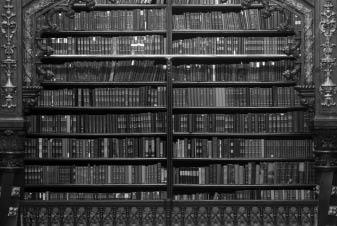 Primary sources dominate the long (43 page) Chapter Six, in which Dr. Presnell makes the appropriate point that a secondary source can metamorphose over the years into a primary source. She furnishes, as an illustration of this process, Diderot’s Encyclopédie. Diderot meant the Encyclopédie as a secondary source, but today it is read, when read at all, for what it can tell us about Diderot’s own century. Elsewhere in the chapter Dr. Presnell is rather too indulgent towards an extremely wide definition of historical artefacts. Merely because fiction can be used by historians is no reason why it should be, particularly when the historian is determined to ignore its fictional nature. (A striking example of evidentiary carelessness, or worse, occurs in The Decline and Fall of the British Aristocracy by facile leftist David Cannadine, which uses as source material Jessica Mitford’s “autobiography” Hons and Rebels, long known—to anyone with the slightest Mitford-related expertise —as a malicious fantasia.) At least the chapter’s section on newspapers can be recommended for its tips on deciphering newspaper indices: not always a simple task, especially with indices printed in a kind of shorthand, as those for The New York Times have long been. Researchers interested primarily in television news archives should note Dr. Presnell’s reference to Vanderbilt University’s comprehensive collection of newscasts, although these go back only to 1968.

With Chapter Seven, “History and the Internet”, a certain regrettable credentialism occasionally peeps forth. In her unenthusiastic, and largely justified, verdict on the Institute for Historical Review’s website, which does indeed seem to attract cranks of the Holocaust-denial sort, she rebukes its authors for “lack[ing] advanced historical credentials like a Ph.D. or practice in a related field or … [being] journalists.” Well, censure them by all means, but in what decalogue was it ever laid down that possessing a doctorate is a sine qua non for legitimate historical input? How many of Dr. Presnell’s intended readers will themselves acquire history doctorates? As John Vincent, of Bristol University in England, put it in his indispensable An Intelligent Person’s Guide to History: “History is anarchic, not authoritarian. A freshman may trump a professor, not in knowledge, but in interpretation. Even an examination answer may show quite a new insight.” As against Dr. Presnell’s obtuseness on this point, there is appropriate advice about the need for any websites one consults to be up-to-date (are the hyperlinks still in working order, or have they died?), and about the very few blogs that have claims to serious historiographical interest.

Chapters Nine and Ten are less controversial: The former deals with imagery (both visual and aural), and the latter with packaging (should the researcher attempt a traditional-style paper, a website, or a PowerPoint presentation?). Not much novelty here, but a good amount of commonsensical questioning. Does a particular speech occur in several versions? What means does the speaker use to persuade his hearers? What is the speaker’s particular authority? All reasonable queries, as are the analogous queries offered about pieces of music that might come a researcher’s way. Similarly, no one is likely to go far wrong with Dr. Presnell’s monitions against the text-heavy or otherwise inappropriate use of PowerPoint, though it will surprise many readers as much as it surprised the present reviewer to learn that there exists an ingenious PowerPoint parody of the Gettysburg Address, in which every resonant phrase of the original is reduced to its most moron-simple components (such as “Govt of/for/by the people”). Again, Dr. Presnell’s cautions about over-ambitious, graphics-saturated, and otherwise tiresome Internet designs are laudable and needful.

On balance, then, her survey has much merit. It can hardly avoid being a mostly helpful addition to the contents of any student’s bag, particularly when it is printed in a compact paperback format that makes reading a physical pleasure, despite the cringe-inducing omission of a crucial word as early as page 1 (“you will be able present [sic] your own interpretation”). Would that it had not been marred by its occasional obeisances to the Zeitgeist.

R. J. Stove lives in Melbourne, Australia, and is the author of A Student’s Guide to Music History (ISI Books, 2008).