The Man Who Built Ireland

The subtitle of John P. McCarthy’s new biography of Kevin O’Higgins, “builder of the Irish state,” seems, at first glance, to continue the pattern established by Tim Pat Coogan, the popular biographer of 20th century Ireland’s political titans. Coogan’s tomes on Michael Collins (The Man Who Made Ireland) and Eamon de Valera (The Man Who Was Ireland) suggest that, in the end, history is shaped by a few individuals born for greatness. Whether or not this is true of history—Irish or any other—will remain, for historians at least, an argument without end. Yet, as McCarthy ably demonstrates, the life and accomplishments of Kevin O’Higgins (1892-1927), his personal tragedies and moral dilemmas, and his tireless dedication to building a viable state out of the chaos of Irish independence stand as a lasting testament to the power of the individual.

McCarthy introduces the story of this underappreciated figure by situating O’Higgins simultaneously in the midst of two predominant and competing narratives of modern Irish political history. The first of these envisions the 1916 Easter Rising as the birth of the long-awaited Irish republic and infuses this bloody event with the same sanctity and preordination as the self-sacrifice and resurrection of Christ, which the rebels unsubtly wished to conjure in their own actions. In this view, the Anglo-Irish War (or “Irish War of Independence”) of 1919-21, followed by the creation of the Irish Free State, and later the Republic, were acts of national redemption that validated the vision and martyrdom of the Easter rebels. Only the unification of North and South remained as the last unfinished task in achieving Ireland’s political destiny first proclaimed in Dublin in 1916. 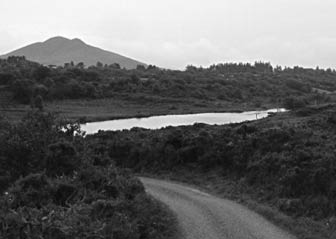 The alternative narrative sees the seven years from the Easter Rising to the end of the Irish Civil War as an unnecessary tragedy; one that arose from the breakdown in the unified movement to gain political freedom from Britain as a gradual and peaceful devolution of self-rule through legislative means. The return to constitutional government and rule of law after the violence and lawlessness of 1916-23 put this process back on track, but at the terrible cost of a deeply fratricidal political split in the South and decades of sectarian violence in the North whose embers still smolder to this day. McCarthy rightly points out that the life of Kevin O’Higgins is remarkable, at the very least, because it encompasses both narratives.

The political journey of Kevin O’Higgins down the path of armed revolution seems unlikely given his family background. Born the fourth son of a surgeon in County Laois and with the pedigree of Jesuit schooling, O’Higgins was well on his way to entering the university-educated elite of Catholic professionals groomed for positions of leadership in an eventual Irish home rule government. Yet, like many young men of his day O’Higgins fell under the siren call of the revolutionary nationalism of Sinn Féin: He was particularly inspired by the 1915 graveside oration delivered by Patrick Pearse for the Fenian hero Jeremiah O’Donovan Rossa and soon after joined the Irish Volunteers,a republican paramilitary. Though he did not participate in the Easter Rising, he was later imprisoned for seditious speechmaking and then elected, while in still jail, as the Sinn Féin candidate for Laois-Offaly in the 1918 parliamentary election. O’Higgins was among the 105 Sinn Feiners who, having won a majority of Irish seats in that election, refused to take their places in the House of Commons and instead formed the Dáil Éireann, their own republican parliament in Dublin. British attempts to restore political order led to a brutal guerrilla campaign by IRA gunmen and equally brutal reprisals by British police and auxiliary forces. In 1921, a Sinn Féin delegation met in London with British officials to reach a truce. The fruit of these negotiations was the Anglo-Irish Treaty that created the Irish Free State as a self-governing dominion in the British Empire and partitioned six counties in the northern province of Ulster that remained united to Britain.

Throughout most of this period, O’Higgins was an ardent and uncompromising republican, but he supported the treaty when it was put to a vote before the Dáil. In his pro-treaty position, he echoed the sentiment of the leader of that faction, Michael Collins, that the treaty was merely an acceptable starting point upon which to build a stable and secure government from which the final goal of a united Irish republic might one day be achieved. He also recognized that the atmosphere of lawlessness, gangsterism, and summary justice encouraged by the IRA’s insurrection would need to be quickly and effectively stifled and replaced by the spirit of constitutionalism and the rule of law if the legitimacy of the new Irish government was to take hold. The civil war that followed the treaty split in 1922 resulted in Collins’s assassination that same year and De Valera’s withdrawal from government and self-imposed political exile. It is at this point that O’Higgins emerged as a central figure in the success of the Irish state—one whose historical importance, McCarthy convincingly argues, is equal to that of the better-known Collins and De Valera. “[O’Higgins’s] political perspective emerged from the narrow revolutionary sectarianism of Sinn Fein to a more politically ecumenical position that viewed the government as responsible to all who lived in Ireland, regardless of whether or not they had been supporters of the Sinn Fein insurrection.”

As vice president and minister for justice of the Irish Free State under William Cosgrave, O’Higgins had immediate responsibility for public safety and the enforcement of law in a country wracked by civil war and whose government was struggling to survive beyond infancy. He feared, not unreasonably, that an extended period of civil disorder would end Ireland’s experiment with self-rule, and, consequently, his policies were draconian. He reluctantly ordered the execution of 77 anti-treaty prisoners of war, including his friend Rory O’Connor, who had been best man at his wedding.

Next O’Higgins moved to purge the army of factionalism and compel its subordination to civilian authority. Though bitterly hated by his enemies for such measures, O’Higgins ultimately succeeded in returning Ireland to some sense of normalcy and legality, earning for the new government the respect and trust of the public. This was no small accomplishment considering the violent origins of that government and the chaos and divisions among the country’s political leadership that still existed at that time. Even more remarkable was O’Higgins’s success in establishing An Garda Síochána, Ireland’s unarmed national police service. Given the foul reputation of its paramilitary predecessor, the Royal Irish Constabulary, and the prevalence of the gun in Irish politics, the creation of the Garda was an extraordinary achievement—one that would have been impossible, as O’Higgins argued, had respect for the law and public confidence in the government not first been assured through sterner measures.

Apart from the more immediate issues of law and order, O’Higgins used his administrative and diplomatic skills to work through an unresolved boundary dispute with Northern Ireland and to sow the first seeds of goodwill with the Ulster Protestants. As minister for external affairs he attended Britain’s imperial conferences and helped define Ireland’s role as a productive, if reluctant, dominion within the British Commonwealth. He was also instrumental in drafting legislation concerning such sensitive social issues as censorship, divorce, and liquor consumption. Yet, sadly, like many of his generation, O’Higgins never lived long enough to enjoy the full fruit of his labor. He was assassinated in July 1927, at the age of 35.

It is indeed remarkable that a government able to ensure democratic rule and public order arose from a divided movement whose mission only a few years earlier had been to wreak mayhem and make the country ungovernable. Although a revolution must inspire, enflame, and overturn, the subsequent building of a state requires a markedly conservative regard for tradition, practicality, and institutional legitimacy. In the course of his life, O’Higgins managed to do both. A conservative revolutionary, if such a one can exist, leads at best a thankless existence and at worst an impossible one. In a movement filled with ideologues and zealots inured to violence and disdainful of compromise, O’Higgins’s sober and sensible leadership and foresight were rare traits. His pragmatism, administrative expertise, and political maturity kept him in relative obscurity as he nursed his fragile government in its infancy and steadied it in its early years. This is an important point because, in its uncertain and violent beginnings, there is no reason to believe that the Irish Free State might not have descended into the authoritarianism that emerged under similar circumstances in Russia, Italy, Germany, and later, Spain. In the hands of ideological purists, dreamers, cynics, or merely weaker men, the Irish people might have succumbed to the easier route of rule by force and fear, and a cult of personality might have replaced democratic consensus-building. O’Higgins’s own dogged insistence on the legitimacy of democratic government, the value of compromise, and a return to the rule of law proved the wiser, albeit more difficult, path.

McCarthy has written a biography worthy of this neglected figure. The strengths of the book are the meticulous research and lucid prose, which create a portrait of the man that is sympathetic but without the hagiographical tone that so often diminishes Irish biography. The book, however, is not without its limitations for the general reader. Chapters that address O’Higgins’s legislative accomplishments often go into considerably more detail about procedure and policy than is necessary. This can become tedious and risks losing the interest of even the most attentive reader. To be fair, McCarthy announces in his introduction that his aim is to “emphasize the fine detail of political issues rather than the psychological motives or personal lives of the main characters” (though the non-specialist reader cannot help but wish for less of the former and more of the latter). His choice of the Irish Academic Press as his publisher also indicates his target readership, and there is no doubt that this is a substantial contribution to the administrative and legislative history of the early years of the Free State government. 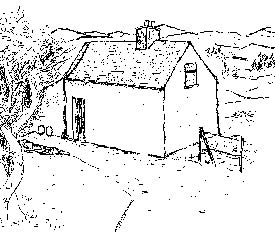 In the end, O’Higgins remains a decidedly unromantic figure, and his achievements, though considerable, fail to excite in the same way as those of his contemporaries. They lack the attraction of the poetic self-immolation of Pearse, the shadowy exploits of Collins, or the longevity and iconic status enjoyed by De Valera (who outlived O’Higgins and many others among his generation by half a century). After O’Higgins’s death, Yeats eulogized him as one among “the true Irish people” in his essay “On the Boiler” and placed the state-builder alongside Swift, Burke, Grattan, and Parnell in the pantheon of Irish heroes. Yet O’Higgins himself remained more modest and skeptical about the lasting value of his life’s work. In a moment of particular discouragement shortly before his death, he penned a letter to his friend and longtime correspondent Lady Hazel Lavery:

Is it all worth while, I wonder? This brick-laying of ours? Will some fool come along some day when you and I are dead and kick the fabric of our rearing into dust and nothingness? Or will Ireland go forward from strength to strength to find Unity and Peace—peace for her fevered soul?

It is a testament to Kevin O’Higgins and to the government he painstakingly helped build and in whose service he gave the best years of his life—and ultimately life itself—that his worst fears for Ireland never came to pass and that, at long last, his greatest hopes now seem within the reach of all her people.