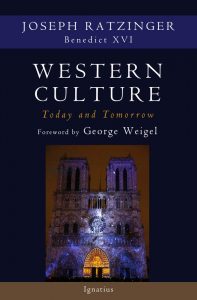 An old friend of mine recently declared that individual American citizens cannot advocate political positions in the public square if those positions are motivated by those persons’ religion or “personal beliefs.” These persons, so my friend asserted, should not “impose their beliefs” upon other persons who do not share those same beliefs. There are layers of irony in this claim.

First, all political opinions stem from individuals’ beliefs—whether they are of a peculiarly religious nature or motivated by some other guiding principle (such as the scientific method or the unassailable autonomous self). Civic life is inevitably defined by the state imposing certain beliefs upon others, often even against some citizens’ will (the imposition of income taxes being one common example in America). There is also the irony that many significant political movements in American history—abolitionism, women’s suffrage, the civil rights movement—were driven by a very explicit religious impulse, one that believed that men and women are created equal and in the image of God and are thus deserving of certain rights the state cannot infringe upon.

Yet perhaps most ironic is that my friend seems to think that his opinions, which are shaped by the peculiar reasoning of secular American education, are somehow essentially different from, and even superior to, those informed by religious convictions. This is acutely naive. The progressivist secular Left has its own myths, often maintained with more resolute and obdurate conviction than the religiously inclined. So astutely argues Joseph Ratzinger, now Pope Emeritus Benedict XVI, in several essays in the recently republished Western Culture Today and Tomorrow. Moreover, Ratzinger argues provocatively that the Christian vision of political life is far more moderate in what “beliefs” can be imposed upon a nation’s citizens than the often more radical, aggressive political philosophies of modern secularism.

“Three values are predominant in the general consciousness, yet their mythical oversimplification at the same time poses a threat to moral reasoning today,” observes Ratzinger. These three myths are progress, science, and freedom. “We must work to demythologize [these] concepts,” Ratzinger argues, “if we do not want to lose the foundations for all rights, along with respect for man and his dignity.”

Progress, Ratzinger readily admits, has accomplished great things for human society in the realms of medicine, technology, and exploiting the forces of nature. Yet, he warns,

the ambivalence of this progress still remains a cause for concern. Progress is becoming a menace to creation, the very basis for our existence. It produced inequalities among men, and furthermore, continually produced new threats to the world and to mankind.

One can name many examples of the uneven results of progress. Global, low-trade-barriers capitalism, as its promoters love to remind us, has brought billions of people, mostly in Asia, out of poverty. This, however, has come at the expense of national industries in America and elsewhere in the West, as our blue-collar fellow citizens are out-competed by workers across the Pacific willing to work for lower wages. Industrial progress—a close relative of global capitalism—has also caused environmental degradation across our nation and the world. Technological progress, meanwhile, creates new economic opportunities and accelerates productivity, but damages individual human persons and society, including political debate. Progress, Ratzinger warns, encourages “escapist and deceptive prospects for the future.”

Science, a close cousin of progress, is the source of another myth zealously held by contemporary secular culture. Ratzinger is rightly ambivalent about this:

Science is a great good, precisely because it is a form of rationality that is tested and confirmed by experience. But there are also pathological forms of science, distortions of its possibilities for the sake of power, whereby at the same time human dignity is attacked. Science can also be put at the service of man’s inhumanity to man.

The examples of science run amok are legion: weapons of mass destruction, dehumanizing experiments on human beings, trafficking in human organs for transplantation, or euthanasia. Many of the most egregious applications of cutting-edge scientific knowledge reflect a utilitarian philosophical calculus. A weapon of mass destruction, employed by your own side, can save many of your own soldiers’ lives. Performing experiments on individuals who are deemed inconsequential to society, or whose life offers little (supposed) utility to the public good can benefit those supposedly more worthy of medical attention. One is willing to exploit a trafficked human organ when it originates from some anonymous person. Euthanasia seems to solve the problem of expending significant resources on some person alleged to have little value.

Freedom is another totalizing myth employed by both the Right and the Left. Ratzinger explains:

Freedom is understood in an anarchic and simply anti-institutional manner and thus becomes an idol. Authentic human freedom can only be the freedom of just reciprocal relations, the freedom of justice; otherwise it becomes a lie and leads to slavery.

Freedom serves as a backdrop for the most contentious debates in American society. Abortion rights advocates argue that a woman’s freedom to determine what she does with her own body overrules any claims to the rights or feelings of the fetus in her womb. Sexual rights advocates similarly claim that their right to bodily and sexual self-definition must always be defended, even when transgressing others’ rights. Gun rights advocates argue that freedom for self-defense trumps attempts to limit access to weapons that endanger the broader populace. In each case, the overarching themes emphasize maximizing individual freedom and a deep skepticism towards either societal institutions or the government. Yet as Ratzinger and other philosophers have argued, this libertarian civic paradigm fosters an essentially selfish, destructive, and even murderous society bound for self-destruction.

What, then, can serve as an alternative to these dominant societal myths? The answer often given by religiously minded conservatives in a pluralist society is natural law. This remains a valuable starting point and backdrop in American public discourse. Yet Ratzinger offers a surprising further thesis that might startle most secularists. Namely, he proposes that a biblical political vision presents a remarkably tempered, realistic conception of secular civic life that should be appealing to all persons, regardless of faith (or lack thereof). Indeed, the restrained realism of this approach suggests that perhaps it is not Christianity but progressivism which is more likely to create a dystopia akin to The Handmaid’s Tale.

Ratzinger cites two biblical passages (Romans 13:1–6 and 1 Peter 2:13–17) that exhort Christians to obey their civic authorities, which at the time of writing was the pagan Roman empire. This demonstrates that Christianity actually presumes as a given the authority of ruling governments, even ones as brutal and anti-Christian as the ancient Romans. Indeed, Peter tells his readers to obey lawful authorities “for the Lord’s sake,” indicating that civic disobedience, when not for justifiable reasons of conscience, amounts to disobedience of God. This thinking stems from the teaching of the Old Testament prophet Jeremiah, who told the exiled Israelites to obey their oppressors in Babylon. It is also buttressed by Christ’s own command to give to Caesar what is Caesar’s (Mark 12:13–17). What this amounts to, says Ratzinger, is a “very moderate concept of the State,” in which states are judged according to their ability to “safeguard peace and uphold the law.” Indeed, “the State is to be respected precisely in its secularity.”

Only when the State transgresses this right to conscience, exemplified most vividly in Christ’s own crucifixion by the Romans, does its authority find its limits. Yet even here the Christian response, like Christ and the later martyred apostles, is not rebellion but quiet, determined martyrdom. Apart from this explicit persecution, Christians are expected to “be submissive to rulers and authorities,” and “lead a quiet and peaceable life” (Titus 3:1; Timothy 2:2). Thus, argues, Ratzinger, in the Christian paradigm, “the duty of the State is formulated in extraordinary moderate terms that seem almost trivial: it should be concerned about peace at home and with its neighbors.” The State respects and guarantees the essential human rights of both the individual and the community. And that, more or less, is it. There is no demand that citizens worship a certain God, attend a certain church, or believe certain theological dogmas.

Of course, both Christianity and natural law urge and expect more, both from Christians and from all citizens. “We ought perhaps to amplify the doctrine of human rights with a doctrine of human obligations and of human limitations,” Ratzinger urges. This flows out of a recognition of life as a gift, rather than life as a product. He elaborates:

When God dies in a society—we are assured—it becomes free. In reality, the death of God in a society also means the end of freedom, because what dies is the meaning that gives it orientation, and because the measure that points us in the right direction by teaching us to distinguish good from evil disappears.

We can see this dangerous commodification of persons with evils such as pornography, which objectify and degrade.

None of this, one would hope even the most ardent secularist or atheist would agree, is radical or particularly religious. People have rights as individuals whose origin and end are transcendent in ways that have been described by religious and non-religious thinkers. Governments have an obligation to protect those persons and allow them to flourish. This is a vision of civic life to which everyone, regardless of personal beliefs, should be able to subscribe. It is certainly a less aggressive or damaging paradigm than the myths of progress, science, or freedom, which are increasingly transgressing human rights. To help all Americans perceive this, we must demythologize these secularist concepts, while promoting the conservative, realistic, and restrained natural-law vision of civic life outlined, quite surprisingly to some of our contemporaries, in the New Testament.