The Work of Local Culture 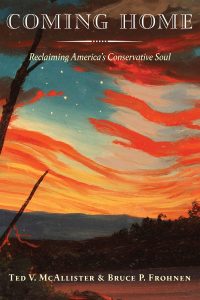 In 1954, Russell Kirk, fresh on the heels of his Conservative Mind, published A Program for Conservatives. In “The Problem of Tradition,” the book’s last essay, Kirk asked, “Is it possible to revive a sense of traditions among a crowd who have forgotten the whole concept of tradition?” If renewal were to be accomplished, Kirk argued, four things were required: a “reaffirmation” of tradition as a way of knowing embedded in our customs and beliefs in opposition to the ideologue’s faith in “pure rationality and formal schooling”; a recommitment to localities and regions, and to the decentralization of the economy and mass society; a reenergizing of community loyalties and functions in our cities and towns; and “the returning to family and church and voluntary association of their old responsibilities as transmitters of tradition.”

The early 1950s marked a dynamic moment in the emergence of post-World War II conservatism, a time when conservatives were the upstart young generation that confused and angered liberals who thought America possessed no genuine conservative tradition, that conservatism could never offer a viable political philosophy, and that it was an ill-tempered effort to undo America’s greatest political, economic, and foreign policy achievements. Lonely conservatives were astonished to discover that all sorts of economists, sociologists, historians, and literary critics previously unknown to each were worried about the same problems and looking for solutions. It was a rich and diverse movement. It had a vitality and bravado that conservatives so badly need to recover.

In Coming Home, Ted McAllister and Bruce Frohnen carry forward the conservative diagnosis of America’s civilizational disease. Little that conservatives worried about seventy years ago has improved. In many ways the crisis has deepened and widened. And yet McAllister and Frohnen write in hope, not despair. Yes, America is diseased. Many have lost confidence in the nation’s “essential ideals and institutions.” Many are afflicted with historical amnesia or even dementia. Many live disconnected lives of abstraction. In short, they feel homeless. And yet, the American character has always been and continues to be essentially conservative. To that temperament, McAllister and Frohnen appeal. The task of rebuilding demands “that we reclaim our heritage and rethink our culture and institutions to allow the natural growth and revitalization of the cultural places where we find our natural home.” To that end, Coming Home does the hard work of rethinking to the end of “reclaiming conservatism and its principles.”

McAllister and Frohnen offer prescriptions rooted in America’s best traditions of responsibility, self-government, local control, and humane standards of judgment. Coming Home is not an exercise in nostalgia or romanticism but an appeal to the nation’s “conservative soul” to serious thought and action. Its analysis and agenda are timely, and the authors have given us a gift that ought to be shared with college students, faculty, community leaders, and professionals. There is much to be done, and the stakes are high. Individuals, communities, and associations need to be willing to do the hard work and face the misunderstanding and hostility such work will entail. The task of “coming home” demands that all of us reevaluate how we live, and worship, and teach, and then change our behavior. We have to put down roots, find our place, make a home, and practice gratitude, humility, and contentment. The task, now as always, aims toward self-knowledge and right action.

Coming Home is clear, energetic, and appropriately concise. Its two halves provide, first, a succinct overview of the story of America’s traditions and the tendencies that have eroded them. The second offers an admittedly incomplete set of prescriptions for how conservatives can undertake the work of renewal. Much of this will be familiar territory for older conservatives who have been meditating on these problems for a generation and more. But McAllister and Frohnen do not aim at originality. They aim at truth. And they know that the younger generation often lacks guidance.

My own experience teaching at a conservative college attests to the urgency of this need. Students today feel disconnected from the tradition that formed their elders. Bright, conscientious students say that “Kirk is dead.” By this they mean no offense to Kirk and the conservative intellectual movement but signal that they want to know what it all means to them in the here and now. They want to know who the thinkers and writers are today who address the world they live in and expect to take their place in shortly. How can they be equipped for a lifetime of civic engagement?

There are also students who have somehow come to believe that abstract rationality really is the measure of all things. They have a hard time understanding tradition’s indispensability as a way to know themselves and their world. They easily misunderstand defenders of tradition as promoting a complete epistemology. They do not acknowledge that tradition is something that profoundly shapes their homes, communities, schools, and way of life, that at its best it is never mere traditionalism but rather a vital source of wisdom capable of self-correction and remaining relevant. These students need to be acquainted with Burke, Tocqueville, Kirk, Nisbet, Ropke, and others more recent as part of a living inheritance, open to discussion and debate, as more than a “Great Books” check list. And of course they need to be encouraged to add to that rich legacy.

McAllister and Frohnen no doubt hope to inspire others to write. This book is not an end in itself. Others should follow. Still, I was left wondering why the authors didn’t emphasize foreign policy more. They give due emphasis to the Second World War and the Cold War as engines of centralization, and acknowledge the threat posed by the national security state, but behind all this lie habits cultivated over the past hundred years and more and shared, it would seem, by the public. The movement away from national interest as the primary and unembarrassed justification for war, the abandonment of Constitutional restraint and what Walter McDougall has called an ethic of self-restraint, has worked its own mischief in destroying older traditions. The long conservative debate over conscription and economic mobilization for total war, over the unquestioned assumption that ideology must be fought with ideology, and even over the atomic bomb, needs to be revived today. We have not outgrown these questions. Coming home and learning to live less ideological lives at every level demand that we stop speaking and acting in the categories of Wilsonian idealism. Crusades to remake American society have never been divorced from crusades to remake the world.

Coming Home also led me to wonder if conservatives see the damage that the private associations we love so much can do. McAllister and Frohnen are right to praise the American initiative as problem-solvers who take responsibility and get the job done by working with their neighbors. They write in a long tradition of such praise, extending back at least to Tocqueville. The proliferation of such self-help and reform organizations in the nineteenth century remains astonishing and ought to encourage us that such activity outside of government aid is more than possible. And yet it is also true that the voluntary associations that flourished in the nineteenth century often undermined other institutions, threatening the integrity of family, church, college, and community, and imposed rigid conformity through intense social pressure. Temperance reform, Sabbatarianism, Bible-reading in the public schools are just a few examples. Many of these efforts and the groups formed to promote and enforce them were mixed blessings at best. At times, they fed the imagination with utopian fantasies, offered permanent solutions to intractable human problems, tried to rid the world of evil, experimented with marriage and family, and, in the case of temperance societies, divided churches against themselves. Dozens of popular associations pushed America in anything but conservative directions. The same is true today. Thriving institutions need the means of self-defense not only against the disruption, distraction, and pressure to conform coming from legislatures, courts, and bureaucrats but also from other private associations that demand conformity to the national religion of reform.

Thankfully, there are signs of hope all around us. In an era of enmassment and centralized control, it is no small thing that homeschooling, classical academies, and charter schools are proliferating. There is indeed a need, as McAllister and Frohnen argue, for conservatives to reaffirm the virtues of community-based public education available to all children, but the level of self-sacrifice, initiative, and creativity evident in these alternative institutions prove the authors’ point that local communities, if left alone and given the opportunity, will rebuild what the experts have impoverished and destroyed.

There is also renewed interest in local communities, everything from “farm to table” restaurants, to farmer’s markets, to investment by philanthropic foundations to restoration of the fabric of old towns. There is also a return to regional history as evidenced by the new Midwestern History Association. The sales rank of Bill McClay’s new U.S. history textbook (Land of Hope) and others shows the hunger for an American story that is not reduced to race, class, gender, exploitation, and guilt. And there are more and more students eager to hear their teachers validate a career in the trades, even graduates with degrees in Latin who go out and work as carpenters knowing that family, community, and fulfilling lives are about more than think tanks, bookish abstractions, and materialist measures of success.

Coming Home’s call for conservatives to restore the “natural” bonds of family, community, and churches in the midst of hyper-individualism, statism, and angry and relentless progressivism is needed and welcome. Conservatives need to do the hard, often invisible, and maybe thankless work of restoring order and liberty in the midst of remnants and ruins. Perhaps there are more signs of life than we know. If there are, we need to act. Modern liberals believe that people left to themselves will do terrible things. Conservatives believe that people left to themselves will, in Wendell Berry’s apt phrase, do the work of local culture.

Richard M. Gamble is Professor of History and holds the Anna Margaret Ross Alexander Chair in History and Politics at Hillsdale College. His books include The War for Righteousness: Progressive Christianity, the Great War, and the Rise of the Messianic Nation (ISI Books, 2012), The Great Tradition: Classic Readings on What It Means to Be a Human Being (ISI Books, 2007), and In Search of the City on a Hill: The Making and Unmaking of an American Myth (Bloomsbury/Continuum, 2012). Making American Sacred, a history of “The Battle Hymn of the Republic” and American civil religion, will appear from Cornell University Press in 2019.