Environmental conservation has moved from the margin to the political mainstream in recent decades. However, despite the high profile and widespread public support of environmental issues, conservation policy has failed to achieve many of its goals. Eric Freyfogle, environmental law and policy professor at the University of Illinois, argues that this is because it has been caught between two extremes—people who love wild animals and wild places and those who want to protect their own individual rights and liberties. This tension has created a fragmented environmental movement and a confused and frustrated public.

This impasse must be overcome if conservation is to be truly effective. In short, conservation requires a communal approach, one Freyfogle terms a “land community” approach that sees environmental problems as more than legal, economic or technical issues, but as cultural ones. History must also be used as a framework to understand how environmental problems evolved and and to comprehend their broader social and ecological impact. 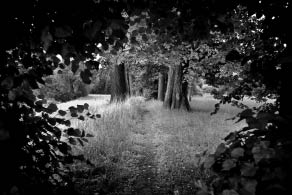 The land community approach is one that Freyfogle derives from the conservationist Aldo Leopold and farmer/writer Wendell Berry. Leopold looked at the broader issue of land use, whereas Berry focuses more on the importance of farm and rural life. But both ground their ideas in human experience, in which people and their relationships to the land are the foundation for sound conservation. Such an approach eschews the radical individualism that has become the basis of American culture as well as the radical environmentalism that has grown in response to it.

Both types of radicalism undermine good conservation in the long run as they work against the common good. Radical individualism uses private property without any recourse to communal or ecological needs. Similarly radical environmentalism desires to create wilderness areas that are as free of human influence as possible. Neither tries to create a cooperative arrangement in which both the land and community can benefit in the long run.

Freyfogle is also critical of the popular concept of sustainability, which can be traced back to the early twentieth century ideas of “sustainable yield” championed by Teddy Roosevelt and Gifford Pinchot. Now, as then, its primary focus is fulfilling only human needs, thus marginalizing any ecological claims. Sustainability is also so vague it can easily be misapplied leading to even greater confusion. This is one reason that business and government use it frequently to justify a whole range of laws and policies—like sustainable growth—that can be detrimental to the environment. The conservation movement would be best served by jettisoning the term entirely.

In one of his most provocative sections Freyfogle defends “Creationism” against evolution. He does not see it as an alternative to the scientific theory of natural selection, but rather as a superior moral and ethical position. Creationists believe that the world is beautiful, mysterious, and meaningful. It is created by a Creator in which humans are willful moral agents. To Freyfogle, this perspective is far more conducive to good conservation than a purely materialist position in which people are the moral equivalents of rocks. He again stresses that science cannot tell us anything about aesthetics or proper land use and ethical obligations to the land and the communities that live on it.

In the end, Freyfogle argues that conservation has failed because it is not considered a serious and coherent body of political and cultural thought–even by conservationists. To make it successful requires that conservation enter the “culture wars” and stake out a distinct position. Conservation needs a new moral narrative, even a political leader, which can unite many fragments of the movement to create a unified policy. He also believes that such a movement is intimately connected to the American experience. To Freyfogle, conservation must become central to America’s identity and the dominant narrative that guides this country’s future.

Freyfogle has written a number of books and articles with similar themes. Thus parts of the book are redundant for those familiar with his other work. He is also vague about certain details of good conservation policy, like the proper role of government and the market, and how to achieve the lofty goal of creating a unified conservation movement. But despite these shortcomings, his critiques and the overall thrust of the book are sound.

The book will naturally cause concern for the scientific elites who now run the conservation movement. But it is good and long overdue news for traditional conservatives who have been almost completely marginalized from conservation philosophy, as well law and policymaking. Much of this is because of the negative impact of radical environmentalism. This fringe is so vocal and critical (to the point of misanthropy) that it has made many Americans mistrust any environmental movement.

This mistrust has worsened through the exploitation of libertarians and some neoconservatives, who have successfully caricatured all conservationists as anti-American, anti-business, and anti-freedom. The persistence of their arguments has persuaded traditional conservatives that conservation is always in conflict with economics. But, Freyfogle argues this is largely false. Good conservation pays dividends. They are often long term and hard to quantify —like clean air and water, less noise, more abundant fish and game, fertile soils and coherent communities—but they are tangible.

The truth is that economic and ecological radicals are not much different. Both are selfish and narrow in their understanding of the world (because both are radical liberals). This false dichotomy must be exposed and overcome if good conservation is to prevail. Environmental problems are not just caused by material factors like population, energy use, and technology. They are cultural in origin. And the cult of the radical individual is the greatest threat to our environment.

Freyfogle’s argument for a more holistic conservation movement and holistic social vision will resonate well with traditional conservatives who have long argued that life is more than the individual pursuit of freedom. The individual is always part of a community, which is part of a greater culture. And, as Wendell Berry reminds us, culture is always tied to agriculture and the land in general. Thus, by becoming better stewards of the land, we also conserve and reinvigorate our culture. It is no accident that the best conservationists are those who are closest to the land—hunters and fishermen, craftsmen, small farmers, and full-time mothers. Yet these people are some of the most endangered species in America! But it does not have to be this way. And this is Freyfogle’s point.

The real impact of traditional conservatives on conservation may not be in the marketplace or government, but rather in the home and community. And it is at the local level that real changes must occur. The obstacles are formidable, but not insurmountable. Good conservation requires putting the old principle of subsidiarity back into practice. Subsidiarity simply says that government or business should undertake only those actions that individuals or private groups cannot achieve on their own. The idea was originally meant to control political and economic power as well as ensure the primacy of the family and community in social life. But it also has ecological implications. Reliance on large and distant bureaucracies carries equally large and uncontrollable ecological costs. It is time that this trend is reversed for the good of the community and the good of the land.

Tobias J. Lanz teaches politics at the University of South Carolina. He is editor of the upcoming book Beyond Capitalism and Socialism, by IHS Press.