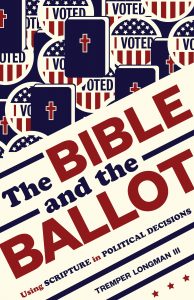 The political involvement of American Protestant evangelicals has ebbed and flowed in the past century. The clever manipulation of the publicity surrounding the Scopes Monkey Trial by Clarence Darrow and H. L. Mencken in 1925 resulted in widespread criticism of theologically conservative Christianity. Evangelicals retreated from overt political involvement as a group for half a century before Roe v. Wade helped to shock the potential voting bloc into action and bring about a resurgence in support of Jimmy Carter’s presidential candidacy in 1976. Before long, Ronald Reagan lured most evangelicals into the Republican camp with promises of support for the pro-life cause and strident rhetoric against godless communism. For the most part, they have remained there ever since, though their relative strength as a voting bloc has decreased over the decades as secularization in American society has advanced. The 2016 presidential election confirmed this loyalty, as news outlets reported 90 percent of evangelicals voted for Donald Trump over Hillary Clinton.

Evangelical support for Trump evoked then, and continues to evoke now, much soul searching (or, if you prefer, hand wringing) in certain quarters of the Christian world. Some high-profile evangelicals such as Russell Moore of the Southern Baptist Convention’s Ethics and Religious Liberty Commission have publicly urged Christians not to support Trump because they fear that association with a man with such obvious character flaws will tarnish the church’s witness. Other evangelical leaders such as Wayne Grudem of Phoenix Seminary argue that Trump’s alignment with evangelicals on important policy questions such as abortion is enough to override his flaws when viewed as a “package deal” in opposition to Hillary Clinton or Joe Biden. Because the Bible occupies a central place in evangelicals’ rhetoric, figures on both sides of this debate frequently deploy Scripture in support of their respective positions.

Tremper Longman, a professor emeritus of biblical studies at Westmont College, now offers The Bible and the Ballot, a volume intended to lay down some ground rules for evangelicals who wish to infer political positions from Scripture. Longman states in his preface that the Bible does not give Christians specific policy prescriptions, but rather “general principles that we should take seriously as we think through issues of public policy and make political decisions.” Longman admits he has no expertise in public policy, but he believes that his career in biblical interpretation qualifies him not only to elucidate these principles, but also to apply them to a number of contentious political issues to arrive at biblically informed policy positions.

Longman puts some of his cards on the table in his introduction, where he gives an overview of Richard Niebuhr’s classic Christ and Culture (1951) as well as a discussion of Craig Carter’s critique of Niebuhr in Rethinking Christ and Culture: A Post-Christendom Perspective (2007). Longman refuses to give an unqualified endorsement of any of Niebuhr’s five models of the church’s reaction to the world or Carter’s six categories of Christian culture. Instead, he calls for a pragmatic approach that mixes and matches elements of the different models depending on circumstances: “Sometimes we will be called to withdraw, at other times to engage and affirm, and at still others to transform or humanize.” Clearly, this strategy affords Longman maximum flexibility in crafting policy strategy. It also widens the scope for other evangelicals to disagree with him if and when they are committed to a particular one of Niebuhr’s or Carter’s models or their prudential assessment of circumstances differ from his.

The remainder of the book is divided into two major sections. The first, “The Bible and Public Policy,” contains three chapters and describes overarching scriptural themes that Longman believes should inform any policy positions Christians adopt. He writes that scriptural meaning is not always immediately obvious, but that readers who respect their historical and cultural distance from the original human authors and audiences can grasp it. Readers must be sensitive to genre and ancient context. They must understand the different continuities and discontinuities between the Old and New Testaments and use the fuller revelation of the New Testament to interpret the Old.

Thus far most orthodox Christians will be nodding along, but then Longman makes what many will consider a controversial move. He argues that because Christianity embraces a “redemptive-ethical trajectory” that aims to restore the pre-Fall relationships found in the Garden of Eden, not even New Testament ethical pronouncements should be assumed to have continuing validity unless they pass an Edenic test, which Longman asserts is an egalitarian one. (Bizarrely, Galatians 3:27–28, a favorite passage of Christian egalitarians, is misidentified here as Colossians 3:27–28, a nonexistent passage.) Longman thereby lays the groundwork for dismissing any passages of Scripture that do not conform to his egalitarian reading of Genesis 1–2 and thus might stand in the way of Christian support for a progressive political agenda (with the notable exception of issues of sexuality).

Obviously, there are other ways of interpreting Genesis 1–2 and the church’s alleged obligation to restore Edenic relationships in the present dispensation. Many commentators throughout church history have seen Edenic relations as moderately hierarchical rather than egalitarian. Others have advanced the position that while Edenic relations may have been egalitarian, they cannot be restored in the post-Fall world even within the church, where sin still exists. Both these groups have tended to view the New Testament’s ethical prescriptions as perpetually binding. Still others have argued that Edenic relations might be restored within the church, but that Christians are not called to rehabilitate any defects in social relationships outside the household of faith. Longman himself seems to feel this tension in some of his discussions of specific social issues. The presentation of his case would be stronger if he were to engage some of these rival interpretations and make an argument why his is preferable.

To his credit, Longman refrains from following this discussion with a mechanical endorsement of a progressive agenda. In the second major section of the book, he devotes one chapter each to ten contemporary issues: nationalism, religious liberty, war, abortion, criminal justice, immigration, same-sex marriage, the environment, poverty, and racism. In each chapter, Longman discusses biblical passages (usually from both the Old and New Testaments) that he believes illuminate the topic in question. He then articulates “biblical principles” to inform deliberation on the topic without actually calling for specific policies.

Chapter Nine, which deals with immigration, is a good example of this approach. Longman provides a discussion of the various Hebrew terms relating to foreigners that appear in the Old Testament. He concludes that the term most resembling the modern immigrant is gerim, which refers to “foreign-born individuals who reside permanently in Israel.” On the basis of commands in the Law of Moses to treat the gerim well, Longman infers a comparable responsibility of twenty-first-century Americans to treat immigrants well and guarantee them full political rights. Many on the Christian Left in recent years have argued similarly as they call for open borders.

However, Longman has enough fidelity to the biblical text to recognize that ancient Israel and its neighbors practiced border control. He thus concludes that the biblical gerim corresponds to today’s legal immigrants, and that the Bible does not mandate an open-borders policy. He even goes so far as to write that the twenty-first-century “sanctuary city” is not an analogue to ancient Israel’s cities of refuge because the latter denied entry to those who knowingly and intentionally violated the law of the land. As best I can guess from his comments on nationalism in Chapter Four, Longman’s sympathies lie more with the advocates of open immigration because he believes that progress toward Edenic relationships undermines the nation-state. But by the end of the chapter, he has frustrated those on both sides of the immigration debate who wish to claim that only their position faithfully follows biblical teaching.

In the other nine chapters devoted to specific issues, Longman likewise refuses to attempt to hand partisans on either side of the political divide a clear biblical mandate for their position. For example, on the issue of same-sex marriage, he clearly states, after a survey of such passages as Leviticus 19 and Romans 1, that the church cannot condone such unions; “attempts to question that teaching involve highly imaginative exegesis or a denial of the church’s longstanding view on the canonical authority of the Bible itself.” However, he then concludes his discussion by declaring without much elaboration that this stance has no bearing on public policy and that Christians might better rely on persuasion rather than legislation to advance this position. Likewise, in the chapter on the environment, Longman persuasively argues that humanity has the obligation of stewardship over the material world (“creation care”), but beyond stating that Christians should take environmental concerns like climate change seriously, he endorses no political program.

Longman provides no conclusion to the book after these ten topical chapters. However, one gathers from the cumulative nature of the discussions that he believes a Christian can conscientiously support (or at least refrain from resisting) almost any political agenda currently on offer in the mainstream of American politics. Given the current political orientation of American evangelicals, the practical impact of this message is to give these Christians permission to move to the left.

This realization brings us back to the electoral politics of 2020. The timing of this book’s release suggests a desire to influence evangelicals’ thinking as they prepare to vote in the upcoming presidential election. Does Longman hope that evangelicals who were planning to “hold their noses” and vote for Donald Trump on the basis of policy will now consider a different option after reading his book? But perhaps this suspicion is an uncharitable assessment of the motivation for writing The Bible and the Ballot, which does provide valuable discussions of many passages of Scripture. Even if Christians do not find firm guidance on policy here, they ought to appreciate a thoughtful effort to apply biblical thinking to our twenty-first-century context.

Jason Jewell is the director of the Center for Great Books and Human Flourishing and a professor of humanities at Faulkner University, where he directs graduate programs based on the Great Books of Western civilization. He was a Wilbur Scholar at the Russell Kirk Center for Cultural Renewal in the summer of 2019.