For more than forty years, Russell Kirk was in the thick of the intellectual controversies of his time. He is the author of some thirty-two books, hundreds of periodical essays, and many short stories. Both Time and Newsweek have described him as one of America’s leading thinkers, and The New York Times acknowledged the scale of his influence when in 1998 it wrote that Kirk’s 1953 book The Conservative Mind “gave American conservatives an identity and a genealogy and catalyzed the postwar movement.” 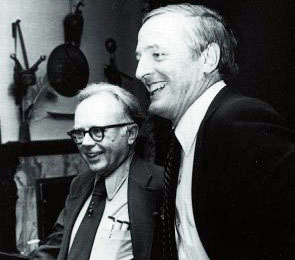 He edited the educational quarterly journal The University Bookman and was founder and first editor of the quarterly Modern Age. He contributed articles to numerous serious periodicals on either side of the Atlantic. For a quarter of a century he wrote a page on education for National Review, and for thirteen years published, through the Los Angeles Times Syndicate, a nationally syndicated newspaper column. Over the years he contributed to more than a hundred serious periodicals in the United States, Britain, Canada, Australia, Austria, Germany, Italy, Spain, Bulgaria, and Poland, among them Sewanee Review, Yale Review, Fortune, Humanitas, The Contemporary Review, The Journal of the History of Ideas, World Review, Crisis, History Today, Policy Review, Commonweal, Kenyon Review, The Review of Politics, and The World and I. 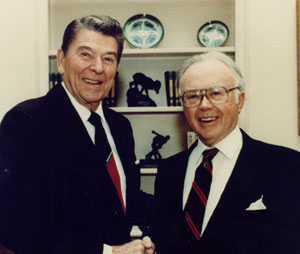 He was a Guggenheim Fellow, a senior fellow of the American Council of Learned Societies, a Constitutional Fellow of the National Endowment for the Humanities, and a Fulbright Lecturer in Scotland. The Christopher Award was conferred upon him for his book Eliot and His Age, and he received the Ann Radcliffe Award of the Count Dracula Society for his Gothic Fiction. The Third World Fantasy Convention gave him its award for best short fiction for his short story, “There’s a Long, Long Trail a-Winding.” In 1984 he received the Weaver Award of the Ingersoll Prizes for his scholarly writing. For several years he was a Distinguished Scholar of the Heritage Foundation. In 1989, President Reagan conferred on him the Presidential Citizens Medal. In 1991, he was awarded the Salvatori Prize for historical writing.

More than a million copies of Kirk’s books have been sold, and several have been translated in German, Italian, Spanish, Dutch, Korean, and other languages. His second book, The Conservative Mind (1953), is one of the most widely reviewed and discussed studies of political ideas in this century and has gone through seven editions. Seventeen of his books are in print at present, and he has written prefaces to many other books, contributed essays to them, or edited them. 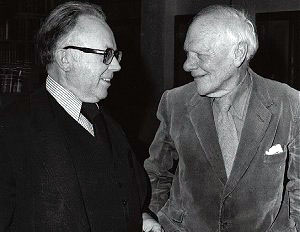 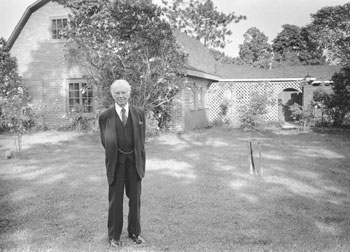 Kirk outside his library at Piety Hill, 1993

Kirk was born near the railroad yards at Plymouth, Michigan, in 1918 and lived much of his life at his ancestral place, Piety Hill, in Mecosta, Michigan—a little village in the stump-country. There he converted a toy factory into his library and office. His Italianate house is adorned with sculpture and architectural antiques snatched from the maws of the urban renewers of western Michigan. At home he was a famous narrator of ghostly tales, many of them picked up during his travels (often afoot) in Scotland and Ireland, Mediterranean and Alpine lands, and Africa.

For nearly thirty years Kirk was married to Annette Yvonne Cecile Courtemanche; they had four daughters: Monica, Cecilia, Felicia, and Andrea. Their tall house was often crowded with Asiatic, African, and European refugees and exiles and also with university students, travelers from antique lands, and congeries of fugitives from Progress. In conjunction with the Intercollegiate Studies Institute and the Wilbur Foundation, Russell and Annette Kirk held frequentseminars at their residence and received several literary interns every year. Annette Kirk was an active member of the National Commission on Excellence in Education and is now President of the Russell Kirk Center.

Dr. Kirk passed away on April 29, 1994. His work is continued by the Russell Kirk Center.