In Russian Conservatism, Richard Pipes gives a masterful introduction to several hundred years of Russian political philosophy. The author is Baird Professor of History, Emeritus, at Harvard University. He was heavily involved in the fight against Soviet communism and, during the first two years of the Reagan administration, served as Director for Soviet and East European Affairs for the National Security Council. Now, in his 80s, Pipes has provided us with a fascinating monograph on a topic largely ignored in western scholarly literature.

Though Russia was the first country to fall prey to a Marxist dictatorship, the author explicitly avoids directly discussing so-called “radical” thinkers. Instead, he focuses on conservative theorists and their liberal counterparts. It is Pipes’s contention that in fact conservatism is Russia’s central intellectual legacy. The excesses of the czars, rulers who were never able to completely distance themselves from the legacy of their Mongol overlords, are well known. Reading through Pipes’s book, however, one is struck by the sheer volume of ink spilled by Russian scholars in their effort to legitimatize the autocratic system. In the common parlance, “despotism” suggests action that lacks theoretical justification, but is nevertheless undertaken because of the raw force possessed by the sovereign. Nevertheless, Pipes presents thinkers who devoted significant scholarly energy towards arguing why the czar ought to have unlimited power—even if those very thinkers stood to gain by a retreat of the ruler.

Pipes begins by discussing the divergent paths of political development taken by Russia and Western Europe. In brief, liberty was able to grow in the West because of a combination of philosophical notions and checking institutions and practices, which either never existed or never gained sufficient power in the Russian Empire. The first of these is private property. Pipes contends that “Throughout European history, the existence of private property constituted the single most effective barrier to unlimited royal authority inasmuch as it compelled the kings to turn to their subjects for financial support and, in the process, to concede to them a share of political power.”

Russia was cursed by its immense size. As Pipes notes, “the stability and liberty of a country stand in inverse relation to its size and external security: that is to say, the larger a country and the more insecure its borders, the less can it afford the luxury of popular sovereignty and civil rights.” However Russia’s status as the world’s largest state, which it attained as early as the seventeenth century with the subjugation of Siberia, was not the only reason behind its repressive political tradition. Medieval Russia knew neither private property in land nor an independent nobility and middle class. These had proved an essential block on royal power in Western Europe. Russia also suffered under several hundred years of Mongol rule, which the West never had to endure. While the precise effects of such overlordship are unknown, Russian Conservatism asserts that “it is difficult to see how two and a half centuries of Golden Horde domination could not have profoundly affected the way their Russian vassals perceived authority.” 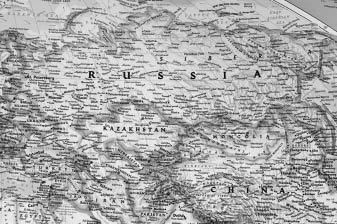 Interestingly, Pipes contends that “Political theory in the true sense of the term, not as mere compilation of opinions but as a doctrine of state—its origins and rationale, its legitimate powers, and its relation to society—first emerged in Russia in the reign of Peter the Great [1672–1725].” Two of the prominent intellectual figures of this period were Feofan Prokopovich and V.N. Tatishchev. Prokopovich was a learned defender of autocracy and the first to justify royal absolutism in terms of the political contract. In his view, the people said to the czar: “Rule over us for our general benefit, as long as you live, and we all shed [sovlekaemsia] our will and obey you, retaining no freedom in [making] common decisions but only until you die; after your death, we will decide whom to give the supreme power over us.” In Prokopovich’s system, the czar was duty bound to ensure justice, keep an army for the common defense, and advance education.

Tatishchev was the first genuine historian of Russia, though he was also well versed in the political writings of Grotius, Locke, Pufendorf and others. He advocated for an autocratic regime on practical grounds, but did not maintain that such a political system was supreme in the abstract. In Tatishchev’s words, “But spacious territories with open borders and, in particular, those whose people are not enlightened by learning and reason and are kept in their duties more by fear than by their own good behavior, there [democracy and aristocracy] are unsuitable: here [in Russia] there must be monarchy.”

Two thinkers of the early nineteenth century provided contrasting views on proper governance. From 1807 to 1812, Michael Speransky was the chief minister for Czar Alexander I. Pipes renders an overall favorable judgment of Speransky: “he had a clear vision of Russia’s problems and offered solutions which closely paralleled those of the liberals: In some respects, he was a most original and profound thinker, even if he has been accused of reasoning too much in legalistic and bureaucratic terms.” On behalf of Alexander, Speransky worked on a constitutional project in 1809. He sought to make law a positive force for the citizenry, elevating it beyond a mere administrative instrument that did not apply to the authorities.

First among Russian political philosophers, Speransky saw the important role played by public opinion in a polity. As he stated succinctly, “No government at odds with the spirit of the times can stand up to its all-powerful action.” Presciently, Speransky defined Russia’s central problem in the 1800s as the conflict between her progressive scholarship and economics and her repressive political system: “To wish the mind to be free and the will to be in shackles.” As an antidote, he prescribed legal limits on czarist rule and legal guarantees of the inalienable rights of the Russian people. According to Speransky, “The general object of the reform consists in ordaining and basing the government, hitherto autocratic, on unalterable law.”

Nicholas Karamzin, one of Pipes’s earliest objects of historical inquiry, was familiar with the West, by benefit of both his education and travels. However, he came to political conclusions quite different from those of Speransky. While Karamzin believed republicanism to be in theory the superlative form of government, he advocated autocracy for the Russian Empire. Pipes summarizes Karamzin’s rationale: “What persuaded Karamzin to favor autocracy was the evidence from Russia’s past which indicated that every time this principle had been diluted or abandoned , the country plunged into anarchy and fell prey to foreign domination.” Such historical reasoning can be seen in Karamzin’s The Memoir on Ancient and Modern Russia, given to Alexander I in March 1811.

Peter Arkadevich Stolypin was, in the view of Alexander Solzhenitsyn, Russia’s last hope before the communist seizure of power. While Pipes does not go that far, he does assert that “As a statesman [Stolypin] towered above the mass of Russian bureaucrats, Speransky perhaps alone excepted, in that he understood the need to be rid of the patrimonial ideal by bringing society into some sort of equilibrium with the government.” He was a strong supporter of czarist rule, but stressed that the institution of the monarchy could and did evolve. As prime minister, Stolypin attempted to combat the discontent and “revolutionary upheaval convulsing Russia” with a program of both force and reform.

On the force side, he cracked down on political violence by radicals, going so far as to establish field courts-martial for terrorists. Constructively, Stolypin sought to ground life in Russia on private property and law. He also launched an ambitious campaign to free the peasant from the traditional commune (mir) that, he hoped, would produce “a propertied farmer, a kind of yeoman, who would revitalize the countryside and provide the backbone of a reformed Russia.” Stolypin’s goal seems to have been “to use reform to produce a society that would support and acquiesce in the existence of the regime.” Unfortunately, faced with opposition from virtually all corners, he achieved little of his grand design before being assassinated in 1911.

Pipes concludes that “The autocratic tradition prevailed in Russia for five centuries both as reality and as theory: The theory adapted itself to the reality and lent it support.” One is struck by how sad a fact that is when one considers that the czars’ refusal to allow moderate change was a main reason that the Bolshevik 1917 takeover was successful. Thus, Russia’s autocratic tradition heaped indignities upon its subjects and paved the way for far greater horrors at the hands of the communists. If Friedrich von Schiller is correct and “[t]he history of the world is the world’s court of justice,” Russian autocracy is due a pretty harsh judgment.

Russian Conservatism is a readable and intriguing introduction to a topic not terribly well known in the United States. Professor Pipes draws on a wide variety of sources, many foreign and of a considerable vintage. As with his earlier works, Pipes’s contentions aresolidly grounded. I commend the book to anyone interested in learning about Russian history or a political theory vastly different from that of the American experience. 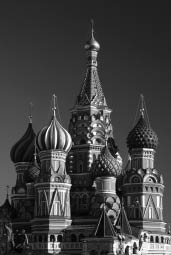 Moreover, Russian Conservatism seems particularly pertinent in light of the recent happenings in Putin’s Russia. The poisoning of Alexander Litvinenko in late 2006 caused many in the West to wonder whether the Kremlin was back to its old, criminal ways. Such suspicions have only been reinforced by Russia’s actions over the past two years, particularly its use of combat troops in Georgia in the summer of 2008. This is, after all, not the way things were supposed to go. The year 1991 saw the Soviet Union dissolved and its various peoples delivered from one of the worst tyrannies in history. At the time, even the most skeptical of observers believed that, with communism ousted, Russia would slowly but surely make the transition to a democratic political system. Seventeen years later, with frequent reports of civil rights violations coming out of the country and the likelihood that Vladimir Putin, whether president or not, is in firm control of Russia, it seems as if these hopes have been dashed.

This set of circumstances, where the Hammer and Sickle is no longer flying yet autocracy still seems to reign supreme in the largest country on earth, raises important questions. In 1984, Pipes wrote that “Political culture, shaped by a nation’s historic experience, enters the nation’s bloodstream and changes as slowly and reluctantly as does language or customs.” If one accepts Pipes’s raview, then we must seek answers about Russia’s present and future in Russia’s past, especially its long tradition of authoritarianism. Pipes’s own writings, including his latest book, are an excellent place to start the inquest.

Mattei Radu is an adjunct professor at Villanova University.