Isaac Newton’s Philosophy of Sacred Space and Sacred Time: An Essay on the History of an Idea
by Gregory Gillette
The Edwin Mellen Press (Lewiston, N.Y.)
119 pp., $99.95 cloth, 2007

The material universe fully encompasses reality. Upon this premise rests a trendy creed now hawked by the irreverent cadre of our generation’s self-assured freethinking zealots. These vogue atheist fundamentalists include such folks as Sam Harris, Christopher Hitchens, Daniel Dennett, and Richard Dawkins. From Borders bookshops to campus lecture halls, these later-day Robert Ingersolls mock traditional notions of the sacred while they genuflect in their own temples of scientific materialism. Scientism is the ideology hatched from an inflated Baconian hubris. Beginning with the contention that absolutely everything has a material cause, scientism concludes that every question that can be answered, indeed every legitimate inquiry after real knowledge, must be a scientific inquiry with a scientific answer. Any remainder, especially any proposition concerning the supernatural, scientism dismisses as meaningless and possibly dangerous nonsense. On this view, man is the unintended product of a universe that made itself and everything in it, but merely by accident. On this view, science serves as the only source of genuine knowledge, of sound understanding, and of lasting wisdom. Such is the pretension of physics to metaphysics, the willful abandonment of traditional religion, and the confident assurance that the only possibility of a heaven is if man makes it on earth by himself and for himself.

That such a vision of things bothers traditionalist conservatives, especially disciples of Russell Kirk, is one thing. It is another, however, for one such friend of Kirk to weave from seemingly unrelated and diverse threads, a fabric of opposition to scientism that holds together with inspiration and insight. This is the achievement of Gregory Gillette’s Isaac Newton’s Philosophy of Sacred Space and Sacred Time, a remarkably brief yet dense collection of three essays, originally delivered in Mecosta, Michigan, as lectures for a seminar held at Kirk’s ancestral home, Piety Hill. Of course, many right-minded thinkers have mustered eloquent attacks upon the ideology of scientism. C. S. Lewis was a master. Is Dr. Gillette’s slim volume just an exercise in mere repetition? Not really, even though he does quote at length from many and varied sources. Indeed, the creativity of his argument shines most evidently in the way he brings together seemingly disparate voices in defense of his richly developed thesis. How, one might wonder, does a mathematics professor with a Ph.D. in fluid and solid mechanics draw together into thematic harmony the voices of Sir Isaac Newton, Newton’s contemporary the Cambridge Platonist Henry More, the twentieth-century Thomist Josef Pieper, the Renaissance Anglican Richard Hooker, the twentieth-century Christian Humanist Paul Elmer More, and sundry others from Plato to Wittgenstein, from T. S. Eliot to the ancient skeptic Sextus Empiricus? Only by drawing upon the resources of what John Henry Newman called a “philosophical habit of mind,” that product of a liberal education that seeks and finds connections between different arenas of human inquiry. This small book offers a dizzying succession of such linkages among theology, the history of science, philosophy, physics, and literature, all spliced together into a meditation upon mankind’s relation to space, time, God, scientific method, and festival. Upon rising to the challenge imposed by the book’s sundry detours, asides, and brief cul-de-sacs, the reader will be rewarded with a penetrating and sustained exposition of modern scientism for what it really is, a restrictiveideology and cultural menace.

Newton towered over the scientific revolution because his inverse-square law of universal gravitation revealed a universe governed by mathematically describable law. Nevertheless, proclaimed Newton, the same universe could never be reduced, as the prevailing mechanical philosophy of nature attempted, to nothing but particles of matter in motion. The supernatural permeated Newton’s universe thoroughly. God exists, Newton wrote in his General Scholium to the Principia, “always and everywhere.” Space and time, for Newton, were necessary concomitants to the existence of an eternal and infinite being. Newton’s contemporary, Henry More, shared this view, as Gillette explains at some length. There is something “sacred,” therefore, about space and time, both of which are “emanative effects of God.” Time and space are sacred precisely because neither a single place nor a single moment exists apart from God’s presence. Gillette argues that Newton drew a vital implication for science from this fact of God’s unmitigated presence. Simply put, no sufficient account of the material world, scientific or otherwise, can deny God’s perpetual omnipresence. Scientism, however, does just this. It offers an account of the material world constructed upon the presumption of God’s absence. It begins ostensibly with methodological naturalism, but ends smugly asserting the truth of philosophical naturalism. The job of emptying space and time of God is the business of the devil. “When science (as it is largely conducted and applied) abets this demonic maneuver to remove God from space-time,” asserts Gillette, “it is quite literally fostering hell on earth.”

Of course, the road to hell is paved with heavenly intentions. “Ye shall be as gods,” had been the serpent’s seduction. If man is to be as God, he must gain commanding knowledge of the natural world. To such epistemic pretensions he harnesses hopes for power, for progress, indeed, for heaven upon earth. What presumption! Is there to be no inner check upon man’s pride, the first great sin? Yes, there must be, argues Gillette. He finds advocates for such restraining humility in the harmonizing sentiments of Newton, Platonic skeptic Paul Elmer More, Plutarch, the Cambridge Platonists, and Pieper, among others. For example, in the tradition of ancient Pyrrhonic skepticism, there was a confidence (similarly voiced by Newton, More, and others) that objective truth existed. Still, as Gillette explains, “the complexity of the natural world in conjunction with the incompleteness and unreliability of our perception and judgment, renders certainty impossible.” The pretensions of scientism will be checked by a sane acknowledgment of man’s creaturely capacities in this God-saturated creation. Put differently, because man is made in the image of God and because the universe is an ordered cosmos, rather than an incoherent chaos, human knowledge is possible. But conversely, because this world is not an autonomous nature, but a creation infused with the divine omnipresence, man’s “finite faculty of knowledge cannot absorb it all.” However much man learns, he must humbly submit to the dictum that his finite human capacities are inadequate to the task of comprehending all reality. “It is too rich to be assimilated completely.”

The key challenge then, acknowledged by Gillette, remains to engage in scientific study without loosing sight of God. Newton wins Gillette’s praise for expressing this clearly in his “General Scholium.” In this part of his monumental scientific treatise, Newton acknowledged the Lordshipand dominion of the God of Israel. In a universe subject to this Lord, it would be presumptive to embrace scientism’s egotistical premise that all can be comprehended in terms of material causes. Although he provided a mathematical account of how gravitational forces act upon material bodies, Newton demurred regarding the ultimate cause of gravity. “Hypotheses non fingo,” he famously proclaimed regarding ultimate causes. He remembered God and humbly proclaimed His Lordship. Thus, science is restrained from the temptations of scientism by submission to this fact: The scientist studies a world possessed by the God who is everywhere always.

Good for Newton and his fellow seventeenth-century virtuosi. What prescription remains, however, for those who would follow his lead in this age when the official style is dogmatically to assert God’s absence? In Newton’s day, natural theology was acceptable. Its present-day descendant, “intelligent design theory,” is besieged as an illegitimate violation of methodological naturalism. Gillette reminds insightfully that there is a name for the place where God is absent: “Hell.” On this view, the business of modern science may be called “practicing for Hell,” at least insofar as it stipulates the doctrinaire banishment of God and the faith that man is sufficiently equipped to comprehend reality. As antidote to this perilous scientism Gillette does not call for a revival of natural theology. Rather, he follows Pieper in prescribing deliberate and regular reminders, “in both space and time, of God’s continuing presence.” If scientism is an ideology that pretends God is nowhere, it cannot thrive in a culture committed to acknowledging God’s regular presence. Thus echoing the proposal of Kirk and Pieper, Gillette proposes that the way to fight scientism is to preserve genuine culture. To do that we must remember, as these men did, that culture is rooted in the cult. So culture is preserved and scientism opposed by public festivals of religion and liturgical ceremonies, the intentional reservation of spaces and times consecrated to God. “How shall we engage in scientific studies and not lose sight of God?” asks Gillette. We begin by following Newton’s example. We recognize that we cannot fully comprehend the whole of the natural world because natural things are created things, bound to their creator, who surpasses understanding. We then remember the creator by reserving space and time for acknowledging his Lordship. Doing so regularly dissolves scientism at its atheistic root. 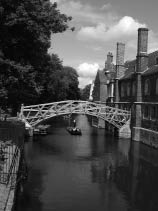 Gillette’s little book is packed with ideas gleaned from wide and thoughtful reading. It aims very high, at the noble target of synthesizing ideas from different places, times, and endeavors. How many authors dare to range from physics to philosophy to theology to cultural criticism? Although Gillette hits his target, it’s not quite a bull’s eye. In part this is because the book is difficult to read. Gillette ranges to and fro, frequently interrupting himself with unusual side points on subjects ranging from “historiometry” to Marian “hyperdulia.” Staying with him repays the effort; but it is not easy going all the way. Further, one must first understand the past before pressing the dead into service of a cause, however noble and worthy it may be. It would have been good, for example, had Gillette revealed just a bit more sensitivity to the considerable literature on Newton’s theology and natural philosophy. While Newton did indeed believe that this was God’s world and that it should be acknowledged as such, the god he confessed was no Trinitarian Christian Deity. Although Newton insisted upon calling himself a Christian, he exercised the extreme protestant prerogative of jettisoning traditional doctrine. Newton was an Arian fully convinced that the Roman Catholic Church was responsible for sustaining the idolatrous perversion of primitive Christianity. He declared the Nicene formulation “unintelligible” and concluded, “What cannot be understood is no object of belief.” Now that is something with which Dawkins and company would surely agree.On this view, it is a bit incongruous for Gillette’s book, steeped as it is with nods to the traditionalism of Burke and Kirk and to the Roman Catholic piety of Pieper and St. Thomas, to anchor its opposition to scientism in an expressly Newtonian theological formulation.

But such a protest may only rise to a quibble. With this small book, Gillette has demonstrated the power of liberal learning. Drawing upon such a diverse chorus of voices, this book sings with a particular harmony as it argues that heaven on earth must be had in God’s way. That way is through the maintenance of the cult, the liturgical practice of sanctifying times and places for festival and worship. Such godly slices of space-time, temples cut off from the mundane, are foretastes of heaven on earth. But seeking to immanentize the eschaton with the tools of scientific materialism will, he warns, only create for man a terrestrial hell as he rehearses for the real thing.

Mark A. Kalthoff is the Henry Salvatori Professor of History and Traditional Values at Hillsdale College in Michigan where he currently serves as Chairman of the Department of History and Political Science.