To Serve with Honor

Stéphane Giocanti quotes Colonel Rémy, one of the heroes of the French Resistance and a close compagnon of General de Gaulle, saying that if he had joined the Allied and the Free French at London as early as June 1940, it was thanks to Charles Maurras, who “had managed to teach [him] in his newspaper, L’Action Française, the meaning of the great word: to serve.” It is perhaps worth pondering that quotation, which underlines the core of conservative thinking, “to serve,” before sketching few ideas about Maurras’s heritage after the calamity of the German occupation of France.

Charles Maurras, the main exponent of Monarchism, is the later French counterpart of Burke. Both are regarded as somewhat controversial maybe because there is indisputably a polemic side which lays their entire work open to superficial criticism (at times one could speak of an excessive vehemence in their style; Maurras was well aware of its effect and spoke of “the tempest which serves well the newspapers, the journalists being like sailors”). But the scope of their enquiry in statesmanship, politics, economy, aesthetics, etc., has been rarely matched ever since. One finds the same insistence in their work on the role of society as a way of defeating the pulsions of the selfish Modern Man as well as a willingness to defend freedom as the basis of society (Russell Kirk expresses the same idea when he writes with remarkable penetration that “tradition and sound prejudice provide checks upon man’s anarchic impulse”). It would be fruitful indeed to compare Maurras’s reflection on regionalism (he was a strong advocate of federalism) and Burke’s concern with unrestrained royal power (he advocates fair governance in Ireland and conciliation with America). What precedes illustrates their mutual defiance of a strong centralised state, a sordid heritage of the Jacobine revolution (Maurras’s criticism of totalitarian regime during the interwar period was both powerful and prescient). In Kirk’s words, the “preservation of local liberties, traditional private rights, and the division of power” was of vital importance for both, though not at the head of society itself.

But even their reflections on art, the way they both understood Classicism and Romanticism for example, bear a striking resemblance. Burke’s famous distinction between the beautiful and the sublime (the former being nicely crafted and appealing gently to the senses, the latter inspiring overwhelming emotions, violent reactions up to a breaking point) helps to understand the birth of the Romantic hero and his narcissistic contempt for traditions. Maurras wrote extensively on Classicism and Romanticism, the latter of which he viewed as a movement that flatters freedom for its own sake, a freedom as a destructive force. The archetypical Romantic for Maurras, the revolutionary, is obsessed with the destruction of any ordered society (hence the title of one of his most famous books, Romanticism and Revolution). Thus, Maurras understood intelligence primarily as the way “to choose, to organize into a hierarchy and put in order values, as well as to re-establish the proper order of things in the same way Nature had intended it from eternity.”

When it comes to the influence they both exercised, one might find some differences at first glance. Burke’s influence never ceased to be, especially in the Anglo-Saxon countries where it remains strong. Indeed many major 20th century thinkers, like Russell Kirk himself, claim direct filiation. Maurras’s influence in France (and abroad) had been quite extraordinary during a shorter period of time before falling in disgrace. But during his heyday, his teaching and endless efforts to advocate an orderly and peaceful society were tantamount to “an intellectual school of national re-establishment, a real Contre-Encyclopédie” so much so that the famous French critic and writer Jean Paulhan wrote with true amazement that a young French man willing to get involved in politics during the thirties had but one choice: Marx or Maurras. No wonder the influence of the latter was felt on statesmen such as Marshal Pétain, Albert I of Belgium, de Gaulle, Franco, and Salazar; on writers like T.S. Eliot, Bernanos, Malraux, or even Jacques Lacan; as well as on a number of religious leaders. True, his work has never been completely forgotten, as the publication by a mainstream publisher of Giocanti’s sympathetic biography, some 60 years after Maurras’s death, plainly demonstrates. Maurras’s legacy, though, became politically incorrect in the aftermath of World War II, once radical liberals seized the reins of French cultural life.

Charles Maurras, despite his strong anti-Germanic prejudices, decided to remain faithful to Marshal Pétain, the lawfully elected head of the French state after the collapse of the frontline. Nevertheless, Giocanti has no difficulty in showing, if need be, that Maurras voiced in public, and indeed to Pétain and his close aides, his concerns and disgust for French “collaborationists”—the latter ones often openly Fascist or sympathetic to Hitler’s criminal plan for Europe. Giocanti reminds the reader that as early as October 1940 Maurras criticized both Laval and Déat, too pro-German for his liking, and played no small part in their misfortunes. Indeed, the German ambassador, Otto Abetz, felt obliged to complain to Ribbentrop himself about the role of Maurras’s newspaper in placing Laval under arrest.

Giocanti’s willingness to tell the whole picture is commendable. He points out painful contradictions and irresponsible comments made by Maurras during the German occupation (the most serious ones being of antisemitic and antigaullist nature) as if the intellectual in the city could still enjoy the freedom of the artist in his ivory tower at times of war. Close friends tried to warn him against his misjudgment but Maurras stuck to his original plan, no matter what was going on around him (soon the illusion of an independent French state guaranteed by the armistice signed between Hitler and Marshal Pétain became painfully apparent). Here is a typical trait of his stubbornness that many earlier Maurrassians who departed from him, like Bernanos, felt quite unbearable—stubbornness accentuated no doubt by the illness contracted in his childhood (Maurras was deaf) and his reclusive life forced upon him by the conditions of the German occupation. But Giocanti contends successfully that Maurras’s entire work, his penetrating views on so many topics, should not be disregarded because of his later involvement with Vichy or even because of the satirical nature of some of his work.

With apparent ease Giocanti manages to bring to light at once the extremely dense and coherent system of Maurras (“one goal: the King; one culture: Classicism; a robust framework: Roman Catholicism,” as Le Béguec and Prévotat put it) and the many aspects of its applications as summarized in the crafted introduction. A more complex portrait of Maurras appears, and it does a better justice not only to the man and his work but also to the numerous political battles of the time. In fact, what Maurras was longing for “is less the social order than the perfection of the order, on an ontological level; the order as the domestication of chaos and the dynamic of freedom, the dantesque and odyssean miracle from which the Being can spring, along the side with the impetus of Creation,” as Giocanti puts it.

I have but to agree with him when he writes in the conclusion that one of Maurras’s finest works is Advice of Dante. In this book, Maurras writes beautifully that “the strong feeling, the true idea, the solid and coherent image, the passions . . . the virtues, all the good things which made [Dante] tremble from head to toes, will help us understand there are numerous ways of feeling without failing, and also that excess, abuse of any sort, are but states of degeneration.” 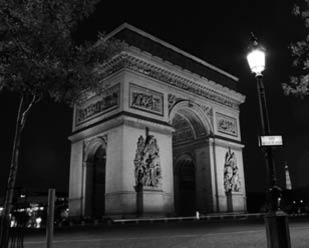 Finally, I would suggest Giocanti’s best contribution to the conservative debate is the following: He has been able to demonstrate throughout his biography that Maurras is much more than the theorician, however brilliant, of a particular regime, namely, monarchism. By doing so, he has anticipated the naive question regarding the point of reading Maurras when not a monarchist oneself. Pope Leo XIII’s distinction could be useful here. In his encyclical Graves de communi the Pope made a distinction between political democracy and Christian democracy, suggesting that a monarchy was not necessarily antinomic to that for which a Christian democracy stands.

It is indeed Maurras’s teaching on the eternal man that we value. And what he wrote about secular societies, for example, some 100 years ago, is still incredibly relevant: The point he made then was that such societies

secularize in the name of free thinking, a very determined thinking though (and hence without freedom). That this free thinking forms a real dogma, a formal dogma, a negative one to be sure, which rejects with a lot of confidence quite a few notions of the higher order . . . This free thinking demands there is no supernatural, no miracles, no spiritual authority, no intellectual hierarchy, neither moral nor religious, and furthermore no tradition . . . In a word, free thinking pursues only but one goal: to untie man of his chains, so it claims; in truth, of his supports, his assistances, his buttresses.

To my mind the concomitant study of those two giants of conservative thought, Burke and Maurras, would be of an immense benefit at a crucial time when the West is trying to gather all its strength (and traditions) against its enemies, from outside and within. It is indeed a pity Burkeans and Maurrassians have not paid closer attention to each other in the past, possibly for historic anomalies, certainly because they belong to two different cultural spheres, which at times were in a race for global supremacy. If it had been the case, though, it would have helped to build a solid bridge between the Anglo-Saxon (Burkean) tradition and the Latin (Maurrassian) tradition of 20th century conservatism as masterly defined by Kirk’s “six canons.” Today, in our post-9/11 world, it is no longer a matter of choice but one of urgent necessity.

Thierry Giaccardi is a French researcher and writer living in Northern Ireland.