All That’s Left is This Foundation Stone 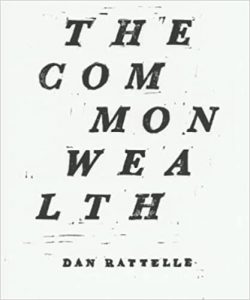 Wordsworth’s complaint in the Lyrical Ballads Preface (1800) might well have been written last Tuesday at 2:00 a.m. (lost already among too many tweets): “For a multitude of causes, unknown to former times, are now acting with a combined force to blunt the discriminating powers of the mind, and, unfitting it for all voluntary exertion, to reduce it to a state of almost savage torpor.” Nonetheless, with a grotesqueness that surpasses the romantic poets’ most gothic verses, this torpor has in our time become near total. If T.S. Eliot had meant to write mere poetry regarding man’s dying potential for the permanent, he sounds more like a prophet here:

Filled with fancies and empty of meaning

Tumid apathy with no concentration

Men and bits of paper, whirled by the cold wind

Amidst the whirl of redundant distractions and a worldwide web of dissolutions, a sense of radical disorientation and ruthless rootlessness has driven us to search out real unity and place, lasting bonds that can withstand the tumult. Tired of being so tossed, resurgent with yearning for deep communion, many are trying to make their way home. If the nostalgia for nostos has been with us since Odysseus, and the promise of E Pluribus Unum is as ancient as Parmenides, these permanent preoccupations of the human spirit are seeing a renaissance while things fall apart.

Dan Rattelle’s The Commonwealth chronicles these difficult but not uncommon endeavors, lending them the staying power of poetry; inflecting the hero’s journey home with a melancholic beauty, his verses pulse with raw faith and thanks.

Poetry can ground us against disintegration and distraction. From a multitude of divergent focal points the poet throws over the events of our common life what Wordsworth calls “a certain colouring of imagination, whereby ordinary things should be presented to the mind in an unusual aspect.” Reframing our relations to reality, unveiling our passions as we were meant to see them, the poet helps us adhere to “the primary laws of our nature.”

Consider “Nostalgia,” the collection’s second poem, where, first troubled by the “might-have-been,” we romanticize the big foreign cities of “Vienna, Rome, Madrid,” while “waiting for the train”; “we take them for the real thing” because these faraway places, filled with lore, lure us away from the “familiar sting, / the ache that comes with coming home.” The palpable blessings and crosses of a particular place are in danger of being erased when, fearful of such a demanding commitment, the protagonist “casts his life against a blank white screen.”

As the scroll unfurls, postcards flap like one way tickets promising us that life is elsewhere, until a tour through the Glasgow necropolis sobers us into seeing that the “wage” of these exotic glories “Bequeathed to us as romance,” has been “fully paid”: let the industrial lords, who built their “city of the dead” tomb by tomb—let them bury their dead.

For most of the rest of this small book we remain in Massachusetts, one of the four united states that are formally commonwealths. Hard work awaits, but our old axe, “dull / as old paper, has forgotten the hickory grove.” Labor on the land has, like our heritage, been abandoned. Still, it is not too late to take the hatchet and “Clutch it / as you would your father’s hand.” This grip of what’s been cast off is not sentimental or celebratory. There is something of Abraham and Isaac in every familial bond: the fierce love tested by impossible sacrifice; the shelter and fire that come only after chopping.

We wander lonely as a cloud, revering an old Puritan churchyard where “the youngest grave,” almost indecipherable, reminds us that “if I have not love— / the rest of it is gone—”. Birds punctuate these jaunts through the country’s wealth. Their songs become “magnetic north” directing us through a gamut of haunting emotions. American swallows, “all vowel / like the song of lovers behind a heavy door” are countered by “the Guttural siren. Ghosts” of a species unconcerned with our grass-bound stargazing, provoking the pilgrim to say aloud oh “Loon, I have no stone / in the throat, no lyric to grind / the plucked bone of song.” Like Dante at both hell’s floor and the peaks of paradise, the poet reaches the limits of his language and remembers old Adam “yoking sound / to sense, shouldering the other curse / as heavy as the one / that was coming next / and harder to shirk.” Impossible. Tongue-tied he may be, Rattelle bids the birds to cover him in feathers, to haunt the heartaches and headaches out of him again, and again, and again.

We step lightly through these lands, as if in list slippers, so as to look and listen with rapt attention. From the obscure townships and backwaters other ghosts gather round—not fowls now but forgotten spirits, lost souls remembered with a reverence that also brings pain, a pain that reminds us why others had rather refused these unsung souls who yet comprise the commonwealth’s history. Here lies the “Self-Reliance” man, who once “hauled his sap in fifty-gallon drums with ox / and sledge” before he went out one night to “mend a bit of line”:

They found him, upside down, after a week of snow had left

Whereas the community forgets the irony of his end, it celebrates his name every March with the labels of “Yankee craftsmanship. Resilience. Self- / reliance. Dying breeds.” Rattelle both admires the flannel man with his arm around the ox and sees that in a double sense one so set on going it alone will be doomed to die in a solitary of his own making. When town folk find another dead man inside his car “like a monk at prayer,” they try to redeem him with a makeshift funeral, burning him like Beowulf but with “a rosary around your arm” before they “scooped a tablespoon / of ashes and set them in / a wishing lamp,” his “photo / stapled to the paper.” The narrator, cut off from old rites, feels the futility of these efforts, realizing that if he “stuck a folded dollar” on the man’s tongue, no Charon would come to carry him into the afterlife, no, “the bargeman wouldn’t come.” We’re left holding our breath, waiting perpetually for the proper burial that everyman deserves, unearned.

The local deceased visit us like Hamlet’s restless father. These hauntings are not only human, however. In November, on “All Souls,” birches fall “like living ghosts. They rot from the middle / and leave behind / their husk of bark.” Brushing up against these felled birches, the narrator is stunned by what remains—a reminder not to get too big for one’s britches. Coming home, he hangs his coat in the closet, suddenly needless of “any greater hope / than what I have.”

What we have is both hard to hold onto and firm foundation. In “The Commonwealth,” published also in National Review, a family left their Cummington, Massachusetts, home to find a more manifest destiny. They “burnt the house with such finality,” even to the point of scavenging nails from the ashes, before they set out westward, watching the empire take its way, pounding the nails down through the earth in easier utopian states. And yet, if—in one of the collection’s more memorable metaphors—“the trees, / Like bankers, took the farm and left no trace,” there remains something stronger: “all that’s left is this foundation stone / Storing up the heat for when it fails / Like the snake who thinks the sunlight is his own.”

But dare I say that The Commonwealth teaches us to be shrewd as that snake if also simple as a dove; these poems provoke us to return and reclaim our prodigal inheritance. It may be hard but the foundation is finished (if not fully furnished): the future where one emerges out of many is already, if you like, won: for “if I have not love—” I have not home.

Cognizant of a growing and “savage torpor” Wordsworth is “almost ashamed to have spoken of the feeble endeavour made” through his poems “to counteract it.” He would be oppressed by “no dishonourable melancholy,” if he was unfamiliar with “certain inherent and indestructible qualities of the human mind, and likewise of certain powers in the great and permanent objects that act upon it, which are equally inherent and indestructible.”

The Commonwealth, too, is not overly confident in its ability to counteract; it throws a widow’s mite of thirty pages against the infinite worldwide scroll. But Rattelle, a minor poet with major talent, trusts more in real and indestructible passions—for revisited place and its overlooked graces—than in likes or hits or viral fame or whatever dares tempt us that we cannot name. Wordsworth calls this “the essential passions of the heart,” all of which “may be more accurately contemplated, and more forcibly communicated” in the rural riches of the old homeland, “because the manners of rural life germinate from those elementary feelings . . . and, lastly, because in that condition the passions of men are incorporated with the beautiful and permanent forms of nature.”

Joshua Hren, Ph.D., is the founder of Wiseblood Books and the co-founder of the MFA in Creative Writing at the University of St. Thomas, Houston. His most recent book is Infinite Regress: A Novel.