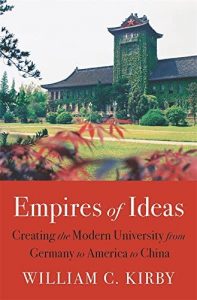 Whereas U.S. News & World Report focuses on student success, other publications that rank colleges and universities—such as QS World Ranking System and The Academic Ranking of World Universities—key on faculty scholarship. They use measurements like peer-reviewed publications, faculty citations, and alumni of Nobel and Field Medalists to evaluate which university is the best. But what is missing in all these methodologies is an examination of the power and influence of ideas themselves. How do the ideas that universities generate influence not only the ivy towers but also impact the public, society, and the global opinion? To determine which university is the best, publications should look at which universities give birth to ideas that inspire other schools to emulate them rather than scrutinizing graduation rates and peer-reviewed articles.

Kirby adopts three-prong criteria to determine which universities are the most innovative. It is a university’s devotion to scientific research, commitment to liberal arts education, and institutional autonomy to make its own appointments and set its own priorities. One question that is implicit in the book but is never fully answered is whether the criteria is intellectually and administratively coherent. When the typical teaching load for a professor at an American research school is 2-1, how much is he or she—or more accurately his or her graduate assistants—committed to liberal arts education? Or is there a two-tier medieval system where faculty are sorted out by those who teach and those who do research? This certainly can satisfy a devotion to research and a commitment to liberal arts teaching but what then should be the priorities of the university and who decides them? While Kirby’s criteria is a vast improvement over the ones adopted by publications like U.S. News & World Report, it only raises more questions than it answers.

This “Humboldtian” model would flourish until 1848 and influence other universities around the world. The failure of the democratic and liberal uprisings of 1848 led not only to an illiberal political culture but also state support of German universities, like the University of Berlin. This research imperative from the state replaced the comparative amateurism of Humboldt’s time for professional specialization. While university institutional autonomy was compromised, the University of Berlin produced groundbreaking discoveries in the sciences. Before “the end of First World War, approximately one-third of Nobel Prizes were awarded to German researchers.”

German universities underwent a series of crises in the twentieth century, from Nazism to the Cold War to the student protests of 1968. The reunification of Germany offered the promise of returning to its Humboldtian roots, but, as Kirby observes, the inability to integrate or coordinate among the major research universities, in addition to poor university governance and limited public funding, led to mediocrity. By the early 2000s, German policymakers, worried about the faculty “brain drain” to the United States, responded by establishing the Excellence Initiative in 2005 to fund scientific research. While the impact has been minimal—no German university today is ranked in the top 20 of any world ranking—Kirby believes that German universities have returned to the goal of becoming “centers of excellence and innovation,” even though they no longer dominate the global stage.

Today the greatest beneficiary of the “Humboldtian” model is not Germany but the United States. One of the puzzling parts of Kirby’s book is the brief treatment he gives to John Hopkins University, which was one of the first in America (along with the University of Virginia) to emulate the Humboldtian model. Hopkins inspired other American universities to focus on research and graduate training that included Harvard which established a Graduate School of Arts and Sciences in 1872. But it was a series of long-serving and impactful presidents in the twentieth century that transformed Harvard from a peer institution to a leader without equals in the global reputation game of university education.

As president of Harvard (1933-53), James Bryant Conant established Harvard as a peer research institution with the likes of Chicago, Hopkins, Columbia, and Berkeley. As colleges, programs, and faculty expanded, so too were alumni giving to the university, such that it passed the “magical mark of $1 billion” in 1964. But it was during the 1990s under the presidency of Neil Rudenstine (1991-2001) when the Harvard endowment skyrocketed from $4.7 billion in 1990 to $19.2 billion in 2000 (it is currently $53.2 billion, with Yale a distant second at $42.3 billion). With these financial resources, it is no surprise that 52 Nobel laureates and 44 Pulitzer Prize winners are at Harvard. As it enters the twentieth-first century, Harvard seems not only well positioned to maintain its leadership in higher education but expand it in new fields like engineering and to new places with oversea centers and partnerships.

But will Harvard—and American universities more broadly—continue to lead the world in higher education? This is the question that drives Kirby’s book, but it is only in the final third that he addresses it when he discusses the rise of the Chinese university. Perhaps no country today has greater ambition for higher education than China. In 2000 China had “approximately half the number of university students as the United States; by 2020 it had more than twice the number.” Recovering from the damage of Mao Zedong’s “Cultural Revolution,” Chinese universities have flourished and recently begun to position themselves to overtake the United States as the global leader in higher education.

The events of Tiananmen Square in the spring of 1989 when the Chinese Communist state crushed political protest, in which university students played a crucial role, convinced the political leadership that higher education should be subordinate to the Chinese Communist Party and serve the economic development of the country. Restrictions were placed on the humanities and social sciences since the Party believed these disciplines “required greater ideological supervision.” Still, higher education grew so that by 2020 there were 2,688 higher education institutions in China, including 1,265 four-year universities. New ventures between universities and large companies and Sino-foreign joint ventures have been expanding. And, unlike the current American experience, state funding continues to increase for Chinese universities. The result has been a rise of the global ranking of Chinese universities, with Tsinghua University ranked twenty-third in the 2021 QS World University Ranking, above all but two of the American Ivy League schools.

In spite of the strides that Chinese higher education has taken in the twentieth-first century, it confronts a number of challenges if it wishes to overtake the United States. First, unlike the United States or Europe, the development of higher education in China has been elitist, “focusing the majority of resources on a small subset of institutions favored by the state.” Higher education therefore is available only to a few in China, which not only exacerbates the rich-poor divide but the urban-rural one, too. Second, although state funding is generous for higher education, the government, especially at the local and provincial levels, often has a “shorter-term, more utilitarian viewpoint.” Investment in long-term and strategic research is uneven at best and wanting in some areas. Third, there is an underinvestment in undergraduate education which produces students narrowly and sometimes poorly trained for graduate programs. Fourth and finally, Kirby cites the need for academic freedom for Chinese universities if they want their schools to be truly committed to academic excellence.

While I support academic freedom and include the “Chicago statement” in my syllabus, I wonder whether academic freedom is requisite for research success in such disciplines like mathematics, engineering, or the natural sciences. I am not referring to the “woke” equivalent that now plagues some of medical programs in America or the way “Lysenkoism” did in the Soviet Union, but rather a restriction on political viewpoints when conducting scientific research. If faculty can pursue their research according to their discipline’s methodologies as long as they refrain from politics, then it makes one question whether political academic freedom is necessary for scientific advancements in STEM.

This question raises a larger one about Kirby’s book about evaluating which universities are considered the best. As mentioned earlier, he cites scientific research, liberal arts education, and institutional autonomy as the core elements for a university to become an “empire of ideas.” But throughout the book he often refers to the QS World Ranking System, other publications’ metrics, and Nobel Prize winners as evidence of a university’s stature. While Empire of Ideas is a masterful account of higher education in Germany, the United States, and China, the book does not address whether we can really measure the impact of ideas in any significant way. Are these various methodologies nothing more than marketing gimmicks to persuade prospective students, donors, and governments about how good their school is? Why do we refuse to accept the reality that certain things, like ideas, education, and schools, resist any meaningful measurement? For to think otherwise is to accept a reality in which we are humbled, acknowledging that we are not the center of the universe, and grateful for it.

Lee Trepanier is Chair and Professor of the Political Science Department at Samford University in Birmingham, Alabama and former editor-in-chief of VoegelinView (2016-21). He is author and editor of several books and editor of Lexington Books series Politics, Literature, and Film (2013-present).