An Education for the Future 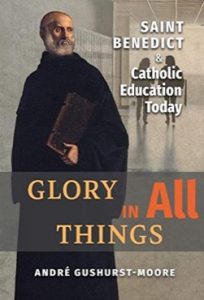 Controversy in Catholic education did not begin with the 1967 Land O’Lakes Declaration. How best to educate the faithful has been under dispute since St. Augustine of Hippo refuted Tertullian’s legacy by arguing that Christians had much to learn from the truths found through philosophy in the Greco-Roman pagan heritage. God is Truth and Christians are bound to pursue the truth wherever it is to be found. The quick and widespread decline of Catholic universities and colleges, however, is a recent phenomenon. In terms of their mission and in curricula, most Catholic institutions of higher learning have mirrored a general cultural decline and radical secularization that pursues truth only in truncated and insular ways. What is to become of our civilization now that it is hostile to the religion that helped form it? And what is to become of the age-old dialogue between faith and reason that so long has characterized Catholic education?

How to meet this crisis in Western culture, and in Catholic education specifically, was addressed by Christopher Dawson in 1961 just a few years before the Land O’Lakes Conference. In The Crisis of Western Education, Dawson proposed the study of Christian culture as the best means of preserving the unity of Western Civilization, promoting a truly “liberating” liberal arts education, and preventing the corrosive effects of secularization. Since the 1960s, there has been no shortage of other proposed solutions, especially since all but the most ideologically committed would still praise the Land O’Lakes approach and see it as anything other than what it has been, a damaging failure. Most of these solutions aim not so much to rebuild a Christian culture as much as they aim merely to rescue the life of the mind and the search for truth that have characterized the “conversation between faith and reason” in Catholic universities since the days of Thomas Aquinas (see Francis Cardinal George, A Godly Humanism, CUA Press, 2015, page 132).

In his turn, André Gushurst-Moore proposes a Benedictine solution: a return to the pedagogical emphases of the religious order that helped to evangelize Europe and perpetuate the best of classical learning and culture in the wake of the transformation of Roman civilization in the West. This is not Rod Dreher’s “Benedict Option,” which Gushurst-Moore characterizes as a polemical and dismal “survivalist program.” Dreher has many times ably refuted this simplified view of his “Benedict Option,” yet it remains the case that his program is still widely characterized as a retreat from the world rather than an engagement with the culture from within a strong-knit, intentional Christian community.

Gushurst-Moore does think that Dreher correctly diagnoses what ails the West. The problem is that Dreher “seems to have little faith in the capacity of a culture to adjust itself.” Gushurst-Moore turns to Dawson to oppose this model of unstoppable declension. Dawson rejected the division of Western history into ancient, medieval, and modern, correctly noting that this is a modern, secularist way to divide history. What it does is take the high point of Western culture known as Christendom and treat it as an unimportant “middle age,” rather than the pinnacle of classical and Christian culture. This is not the Christian view of history. Dawson instead proposes six ages of the Church. In each stage the Church rises to new cultural, artistic, and intellectual heights before stagnating and declining, only to be born anew. The Church, Dawson argued, is like Christ—periods of influence and flowering, followed by suffering and death, resulting eventually in resurrection.

Like Dawson, Gushurst argues that this death and resurrection model, or “decay and renewal,” is an enduring feature of Christian civilization. Catholics are not called to enter a Benedictine bunker and disengage from the hostile culture. To do so, says Gushurst-Moore, would be an inversion of the Whig myth, only now the story becomes one of “irreversible decline” rather than unstoppable progress. So it is not that a new and different St. Benedict is needed, as Alisdair MacIntyre famously wrote in After Virtue, but rather the same Benedict, whose Rule brought order to western Europe by instantiating a “Christian realism” that produced dozens of Benedictine and Cistercian institutions of learning.

What we can learn from this most ancient of Christian educational traditions is the main subject of Gushurst-Moore’s book. Its themes will be familiar to those who are well-read on this topic—the importance of virtue and moral formation; true leisure and the “uselessness” of higher education; the transcendentals of truth, beauty, and goodness; and the necessity of any authentic Catholic education being “countercultural.” “A Catholic and Benedictine education for the future,” he writes, “should be one that includes training in the virtues, as well as the arts and sciences, so that people can continue to find a freedom that does not destroy human nature and human potential.” This is a far different remedy than the modernization and “evolution” proposed by the Land O’Lakes Declaration, which also encouraged a lessening of the ratio of Catholic faculty at Catholic universities in order to make those institutions more “authentic” and relevant. Even with an ideal Catholic curriculum, even if professors were sympathetic to the Catholic intellectual tradition, a university without Catholic faculty would not be a Catholic university.

One thing that would have helped this book immensely is if the author had included more examples of schools that actually operate according to this Benedictine vision. Gushurst-Moore concisely tells us what Benedictine education is, and how it is “experiential” and aimed at conversion and “lifelong learning.” But where are the examples? There are a few, but not many, and those that are offered are overly general. Yet perhaps this just points us back to the problem, namely that with such a rich intellectual, artistic, and moral heritage, why among the many institutions of Catholic learning (including, of course, the Benedictine ones) are there so few dedicated to a liberating and humane education in truth, humility, and love?

John C. Pinheiro is Professor of History and the founding Director of Catholic Studies at Aquinas College in Grand Rapids, Michigan. He is the author of the award-winning, Missionaries of Republicanism: A Religious History of the Mexican-American War (Oxford, 2014). His newest book is The American Experiment in Ordered Liberty (Acton Institute, 2019).