Counter-Tradition of the American Imagination 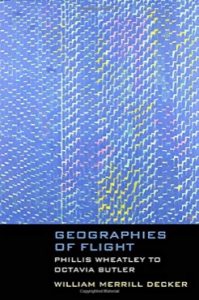 Aboard the Arbella—or maybe in Southampton before the colonists departed for the New World—John Winthrop set the terms of the American experiment through a story of geography and travel as well as Christian charity. Among the Puritans who settled New England, at least, the Exodus would serve as its paradigmatic script; as Princeton sociologist Philip Gorski puts it in his 2016 study of American civil religion, American Covenant, one “of oppression, flight, and freedom” in which the land itself—North America’s new, open spaces—contained this narrative promise.

Such an “errand in the wilderness,” or even the secularized versions that worked their way to the heart of American literary tradition, were hardly the only way of imagining or writing the American story. The Colonial experience, after all, was not monolithically Puritan; New England’s legacy of election sermons don’t speak for (to name a few) the Quakers of the mid-Atlantic, the Catholics of Maryland, or the competing agrarian classes of the South. Nor, William Decker observes on the first page of Geographies of Flight, for African slaves and their descendants. Far from “celebrat[ing] a continent of open horizons, westward expansion, and individual freedom,” he observes, “African American writing has commonly registered the New World as a set of entrapments.”

Decker, Professor of English and American Studies at Oklahoma State, seeks to outline a counter-tradition of the American imagination, one as old as the nation and just as central to its literary heritage. His approach, however, differs from what that term—“counter-tradition”—suggests. In literary scholarship, this typically entails what academics call “recovery”: examining the works of little-known or forgotten writers in order to assert their importance or (at least) their worthiness of our attention. By contrast, Decker focuses almost exclusively on major figures—both those recognizable to students of historical periods and names familiar to the general public: Frederick Douglass, Booker T. Washington, W. E. B. Du Bois, Malcolm X, Toni Morrison, James Baldwin, and Ralph Ellison (to name only a few).

There’s an advantage to focusing on acknowledged literary and historical figures: their importance already accepted, we’re able to skip past skirmishes along the borders of the canon—or the implication that any one voice or date should replace another. At its best, then, Geographies of Flight is able to function as a work of dialogue, a way of talking about race, experience, and American history without descending into the raised-voice culture-warring that defines more prominent contemporary endeavors.

Literature, after all, excels even among the humanities at providing an invitation rather than an argument: a way, as Alan Jacobs puts it, “to encounter our ancestors not as anthropological curiosities whom we observe from a critical distance, but as those with whom we can, and should, break bread.” In its usual narrative imagining, Decker suggests, the American experience has been one kind of flight: out of constraint and oppression and into freedom, whether the freedom of equal rights or of open roads. But there has always been another story of flight, in which one never quite shakes the feeling (or reality) of being a fugitive. It’s a voice that argues and challenges—but to listen to it isn’t necessarily to replace, supplant, or reject. Literary explorations of divergent racial experiences allow us to see them not in stark and abstract absolutes, but within the messy honesty of human lives. In other words, listening to the voices in a counter-tradition doesn’t need to mean breaking or breaking with a valued tradition, but rather to enrich it by expanding the number of those with whom we break bread.

Though Geographies of Flight helps us recognize this invitation, it nonetheless approaches its subjects as those whom we observe from a critical distance. With few exceptions, it is a heavily—indeed, overly—theorized work. Decker draws extensively on critical theory, particularly as applied to space and movement. Too often, this leads him to treat the authors and works at his book’s center as proof-texts for conclusions drawn by others, whether decades ago or quite recently. Such readings leave one wishing that the dynamic ran in the other direction: that theory and earlier criticism could help open conversations with the texts themselves.

Moreover, Decker’s focus swiftly shifts from the experience of literal geography to what he terms “the cartography of a narrator-reader relationship that in the slave narrative typically involves an author/narrator speaking across geo-cultural lines, from one map to another, against many barriers to cartographic resolution.” In other (and fewer) words, the relationship between the narrator on the one hand and the readers on the other—but a relationship read through geographic metaphors. It’s an approach that, in fact, serves Decker and readers well during his discussion of the fugitive slave narratives of Douglass, David Walker, and Harriet Jacobs. But this focus on the imagined geography of narrator-reader relations leads to an overemphasis on authorial biography. These discussions are less rewarding than the experience of geography the books themselves describe. Many of the most engaging passages (and the most limpid prose) appear among readings that attend, as in his chapter on Toni Morrison and Octavia Butler, to those words on the page’s surface.

Still: What voices do we hear after accepting this invitation? Not the confident declaration, “I am an American, Chicago-born,” with which the eponymous narrator of Saul Bellow’s The Adventures of Augie March begins (and with which Ralph Ellison, Bellow’s close friend, would argue in his own famous first line: “I am an invisible man.”) Though Augie is always in motion, his Americanness is still bound up with that point of origin. For others, it’s connected to the specificity of directed motion: the westward migration of the Arbella or, centuries later, those “huddled masses yearning to breathe free” whom Emma Lazarus’s sonnet still welcomes, or the journeys of Willa Cather’s pioneers into the nation’s middle and far west.

For those authors Decker considers, however, the necessary and unending state of being in motion defines the experience of being American: flight always more defined by from than toward or into. In fugitive slave narratives, such flight characterizes the stories Douglass, Jacobs, and others come forward to tell as well as the continuing reality of their lives. Their ongoing freedom depends on motion; to be static and to be entrapped are not quite the same, but dangerously close. So too in their mid-twentieth century adaptations, the fugitive novels of Richard Wright and Ralph Ellison, whose protagonists, in turn, flee the constraints of both the justice system and a broader American society. The necessity of motion informs even those whose works are not quite fugitive: Du Bois, Washington, Wells. For this late-nineteenth century middle generation, writers from the post-Reconstruction “Nadir” whose work spills into the decades of the New Negro Renaissance, the task is to find a new way of characterizing it.

That postwar writers would turn again to the experience of being fugitive implies a failure—one that Decker does not explore, though it might help him make more of an important and dissonant thread in his account. For Du Bois, cosmopolitanism offers a way of re-characterizing flight. If to be American (to be African American, especially) is to be in constant motion, then perhaps an American identity is in itself a cosmopolitan one, not bound to any one locality. It’s an answer implied by the later writings and career of Frederick Douglass in the 1870s and his successor in the combined role of author-activist-diplomat, James Weldon Johnson, in the 1920s and 1930s. It’s also the biographical experience of Wright, Ellison, and James Baldwin—a lived answer that two of the three, at least, could not bring over into their fiction.

Deeper exploration of this inability, buried as it is beneath academic theory and jargon, would help clarify Decker’s implication that their commercial success renders Baldwin, Wright, and Ellison privileged and problematic. Toni Morrison’s Nobel Prize, on the other hand, raises no such hackles. The unspoken difference is this: Morrison, many of whose most celebrated works focus on her native Ohio, was no cosmopolitan; her postwar predecessors all took up Paris residences. Yet the experience of cosmopolitanism is hardly limited to children of the wealthy. Indeed, history tells us much the opposite, suggesting that cosmopolitanism is as much a story of economic migration as bohemian globetrotting. “Cosmopolitan” and “refugee” are terms that blur into one another more often than we acknowledge.

So how might we distinguish a fugitive’s cosmopolitanism from the experiences of Decker’s two main counter-examples, Benjamin Franklin and Thomas Jefferson? Geographies of Flight suggests an answer, albeit indirectly. It can’t ever be the cosmopolitan freedom of Franklin or Jefferson in Paris or in the new American nation. Rather, it’s itself a form of entrapment. Ellison’s Invisible Man has his records, his cellar, and a full command of the Western tradition, but his life in the underground is hardly free—at least not in the same way that Augie March is at the end of Bellow’s novel, sitting in a Paris café and telling his life’s story.

And this is the key to the difference that Decker invites us to recognize. The condition of constant motion, of making oneself up as one goes—the germ, if not of actual American experience, then of American ideas about America—is, as a choice, liberation; as a necessity, a different kind of prison.

Still, reading Geographies of Flight is probably not the best way to answer this invitation. This isn’t a book written for anyone but academics, and even then only those within narrow sub-specialities. Go and read those with whom it breaks bread instead: Phillis Wheatley, Olaudah Equiano, David Walker, Frederick Douglass, Harriet Jacobs, Booker T. Washington, Ida B. Wells-Barnett, W. E. B. Du Bois, Richard Wright, Ralph Ellison, James Baldwin, Malcolm X, Toni Morrison, and Octavia Butler. The conversation you’ll find there is worth participating in.