Death and the Catholic Imagination 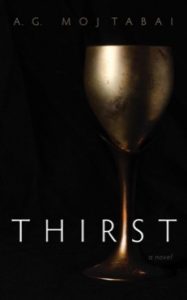 The reality of death, and what happens thereafter, has long captured the human imagination. One thinks of the Egyptian Book of the Dead, or Homer’s descriptions of the ancient and elaborate Greek burial rites (not to mention the terrifying Underworld). My own Catholic tradition has a rich imaginative history regarding death and dying. The consummate Catholic symbol, of course, is the crucifix, upon which hangs the dead body of Jesus, nailed to two wooden beams. And in my office, I have a print of a Daniel Mitsui painting of one of my patrons, St. Albertus Magnus; on his desk, a human skull sits, a visual memento mori.

Yet it sometimes appears that we are oblivious to the fact that we are going to die. Perhaps it is just a “Minnesota Nice” thing; better not to talk about such a terrible and unnerving topic. Or maybe it’s a result of modern scientific and medical convenience; death is often tucked away, unseen in enormous hospitals or assisted living facilities. Or perhaps we believe our brains will soon be uploaded onto a computer and humans will thus achieve earthly immortality. Hurray!

Whatever the case, we sometimes live as if we will not die. Yet, the events of the past eighteen months—a global pandemic, riots at home, turmoil in Afghanistan, just to name a few—ought to remind us of our mortality. But paradoxically, although we are visually confronted by death constantly, having unlimited viral access to photos and videos of dead bodies and people dying—beheadings, war footage, body bags hauled out of New York hospitals, cell phone videos of George Floyd lying on the ground, babies being dropped onto a barbed wire fence—we mostly live at far removal from death itself. These images are, for the most part, passively received; they thus have the capacity to deaden us to the shock and horror of death, and rarely force us to earnestly grapple with the mystery of death.

This is why literature continues to be so necessary, even in our visual age. Good literature that grapples with death and dying has the capacity to draw us into a meditation on the mystery of our mortality, and what that mortality means for our life on earth, and our hoped-for life after death. One thinks of The Divine Comedy, or Tolstoy’s The Death of Ivan Ilyich, or many of Flannery O’Connor’s short stories, such as “A Good Man Is Hard to Find.” If a picture is worth a thousand words, these works are worth a million pictures.

A. G. Mojtabai’s novella Thirst, published by Slant, is a recent example of literature that can draw one out of the banality of materialism and force us to grapple with the knowledge that we are dust, and to dust we shall return. It can be read as an extended meditation on death and dying; by natural extension, it can also be read as an extended meditation on life and living. For if we don’t know what it means to die, can we be said to know what it means to live?

The basic plot of Thirst is easy to summarize. Father Theo, an elderly Catholic priest from a small Texas town, described by others as “ever a prayerful man, a saintly man,” enters his house one day and, like a wounded cat, prepares to die alone. At least that’s what he appears to be doing; he has given away most of his personal belongings and begins refusing food and water.

But of course, for someone who has lived such a public life, he cannot die alone. Fellow priests, parishioners, and nearby religious sisters all stop by to pray, or to receive a blessing. But most importantly, Fr. Theo’s cousin and childhood best friend, Lena, is called in to serve him (and perhaps talk some sense into him). The story is then mostly told through her point of view; we learn little from the mind of Fr. Theo, except spare words here and there, a few ambiguous dreams and flashbacks, and some lines scratched on Post-It notes and in a journal that Lena finds. And from these brief words, we wonder: is Fr. Theo committing an act of renunciation, or of submission? Does he despair of life? Of goodness? Or is he somehow being brought into union with God; his suffering united with the very suffering of the Lamb who was slain? The words Lena hears and the notes she finds do not fully answer these questions.

On a Post-It, Lena finds a note scrawled by Fr. Theo: “The Word became flesh, became words Paved over with words.” She finds another note, “Papa said ‘I’ve heard enough!’ when he refused hearing aids and chose to remain deaf for the last years of his life. (Everyone was willing—eager—to chip in and pay for it.) There’s a stubborn streak, runs in the family, we all have it. For my part, I’ve spoken enough.”

As Fr. Theo comes in and out of consciousness, Lena hears him cry out, “Forgive me!” She rushes to his side, and hears him ask, “Does God see us?” Moments later, he answers himself: “Sees us—and watches over us.”

She finds more jottings, these ones more recent. “Terrible longing for something I have no name for—Call it thirst. God has grown dim to me, a priest.”

For her part, Lena herself is coming to grips with death and loss. She is a recent widow, her husband Ed having died only ten months prior. Unlike Fr. Theo, Lena has rejected her childhood faith, now believing that her present life is all there is. Frustrated with Fr. Theo’s continued refusal to eat, she wonders “Why am I here?” She considers the possibilities: “To witness? To dissuade him? To soften—or hasten—his dying?” But deep down she knows: “I’m here because I would not choose to be anywhere else.” Because after all these years, she still loves her cousin.

Nearing the end now, Fr. Theo enters a sort of dream state, no longer speaking. But his hands are moving, gesturing. Lena realizes he is giving Communion; “Hand. Mouth. Hand. Mouth,” thumbing the sign of the cross upon the forehead of an imaginary child, “starving himself, he keeps on dishing it out.” This becomes his last act; not long after, his lips parched, his breathing labored and loud, “like someone knocking at a door,” and then, “the door is taken away.” Fr. Theo has died. And Lena is left.

What are we to make of this compact tale? Has Fr. Theo committed suicide? Has he joined Lena’s repudiation of belief? Did God, at the end, leave him? Was his life’s work, his self-renunciation to serve the Church, in vain? Mojtabai masterfully does not give simple, pious answers to these questions. Nor should she: Christians do believe, after all, that the Maker of Heaven and Earth submitted Himself to death on a cross. No mere suicide, for sure, but a supreme act of submission. Is Fr. Theo’s resignation his own act of submission, a uniting of his own life with Christ’s?

And what of Lena, she who near the end of Fr. Theo’s suffering tried to pray, but couldn’t. She who now is doubly alone, her husband dead, and the last good memory of her childhood, Fr. Theo, dead too?

But with Lena, the cloud of uncertainty begins to fade. The novella ends at Fr. Theo’s funeral, the officiating priest promising that Fr. Theo “has entered into peace. Deep peace.” And rather than mock or reject this claim, Lena finally prays, “Amen: may it be so.” Might this simple prayer mark the beginning of Lena’s journey back into the deep peace of the Father’s love?

Thirst is paradoxical and ambiguous; the mystery of death and dying beautifully, yet challengingly, portrayed. No easy, pat answers. No clear consolation. But that’s perhaps how it should be. Life is a mystery. Death too. And literature that draws us into that mystery so vital to our understanding that although we are dust, we are also made in the image and likeness of God.

“Does God see us?” Fr. Theo wonders, perhaps echoing our own questioning considering the glut of the aforementioned daily images of death; a sort of visual argument for the non-existence of God, akin to Ivan Karamazov’s newspaper clippings. And although we’d love quick consolation, the joy of knowing God’s presence and love, it takes faith to join Fr. Theo and pray, “Sees us—and watches over us.” It takes faith too to affirm that there is One who is the resurrection and the life. And if we believe in Him, though we die, yet shall we live. What a paradox. Might we all, like Fr. Theo, step into this paradox, and by the grace of God, meet the Father’s love when we do.

Jeffrey Wald writes from the Twin Cities. His writing has appeared in publications such as Dappled Things, The University Bookman, Genealogies of Modernity, and The Front Porch Republic.