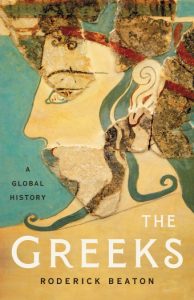 It is remarkable to consider the contribution of Greek civilization to the pillars of the Western world. Much of American (and Western) political thought, bequeathed to us in large part by the Framers, is influenced by Aristotle, Plato, and other Greek thinkers. For those who adhere to natural law, the role of Aristotle and Plato cannot be easily overstated — particularly in such treatises as Nicomachean Ethics and The Republic. And for those eager to understand Christian theology, including the New Testament originally written in Koine Greek, some knowledge of ancient Greek language, culture, and philosophy is more-or-less required.

In other words, the West in all its variant cultural manifestations is deeply indebted to the Greeks, perhaps more so than any other civilization. And yet Greece today is in many respects peripheral. There are almost as many people of Greek heritage living outside Greece (approximately seven million) as there are in Greece (almost ten million) — and that is in a global population of almost eight billion. Greece is the most indebted economy in the eurozone, and its national politics are notoriously volatile and ineffective.

Nevertheless, the fact remains that after thousands of years, the Greeks have survived. To give but one example, the Greek language is one of only three spoken and written languages anywhere in the world that has a continuous written tradition that is more than three thousand years old. The Greeks’ incredible story is the focus of Roderick Beaton’s new book, The Greeks: A Global History, which takes us from approximately 1,500 B.C. to the present.

One thing that is particularly interesting about the Greeks, Beaton observes in his preface, is the sheer diversity of what has constituted Greek identity over the last 3,500 years. “Again and again, they have proved resourceful at reinventing themselves,” he explains. Beaton’s goal is to consider what we in the modern age might learn from the accumulated experience of a people who have spoken and written the same language for millennia, and what this can teach us “about how identities are created, perpetuated, and modified or reinvented over time.”

The beginning of Greek civilization can be traced to the ancient Minoans, who practiced human sacrifice, a ritual later ancient Greeks flatly rejected. It was not unknown, and might have even been a regular occurrence, “for a young man to be ritually killed, or for child victims to be prepared for a cannibal feast, to propitiate those same gods,” writes Beaton. Cretan civilization prior to 1450 B.C. also apparently practiced child sacrifice, as the butchered bones of children have been found together with cooking pots in a building near their palace at Knossos.

These civilizations were soon replaced by the Mycenaeans, who between 1350 and 1250 B.C. traded as far west as Sardinia and the coast of Spain, and as far east as into the Black Sea. Archaeologists have even found amber from the Baltic and tin probably from Afghanistan among the Mycenaean ruins. We still do not know what explains the abrupt collapse of the Mycenaeans — invasion by sea, civil war, popular uprising, climate change, or crop failure are all plausible causes. What we do know is that similar civilizational collapse occurred across the Mediterranean world — Troy, the Anatolian coast, the Hittite Empire, and the Levant — and that only the Egyptians appear to have survived whatever upheaval occurred at that time.

Beaton postulates that if there was indeed a Trojan War — given that excavations at the site in Asia Minor indicate the city was violently destroyed and likely also sacked around 1180 B.C. — it may have been not for the cause of honor stemming from the theft of a woman, but a “desperate act of piracy by a warrior elite” whose own culture was in decline around the same time as the Mycenaean collapse.

The Greek alphabet, which borrowed from the Phoenician, was likely developed sometime between 850 and 825 B.C., possibly in Crete, given it was likely a place where Greek and Phoenicians were regularly interacting or trading. The most famous and influential piece of ancient Greek literature, the Iliad, required three full days to perform before an audience, as it often was. For almost a millennium, from the third century B.C. to the seventh century A.D., more copies were made of the epics of Homer than of all other Greeks authors combined — indeed, the Iliad and Odyssey were the closest things the Greeks had to a sacred scripture. What is described therein also incorporates elements of Greek civilization drawn from perhaps the sixteenth to eight centuries B.C.

By 600 B.C., Greek settlements could be found in present-day Italy and France, on the coast of North Africa, and along almost the entire shoreline of the Black Sea (including the Sea of Azov). It was also around this time that the Greeks began to invent philosophy, building logical arguments that began by evaluating evidence in the visible world. Some philosophers, such as Xenophanes, Plato, and Aristotle, also proposed a monotheistic belief system, while Heraclitus of Ephesus initiated what would become modern science with his argument that the universe could be explained via fixed laws.

Yet it was not until the Persian invasions of Greece in the fifth century B.C. that a pan-Hellenic identity formed. The ancient Greeks who defended their cities and lands against Persian aggressors were bound together not by an empire like their Asian foes, but language and culture — and even more confusing, many Greeks actually fought alongside the Persians. Nevertheless, what coalesced in the mind of the Greeks through such writers as the playwright Aeschylus and historian Herodotus was the idea of a unified distinct people, called Hellenes, who fought for their liberty and unique way of life.

Only a century later, the writer Isocrates (no relation to Socrates) argued that being Greek was not primarily about kinship or biological inheritance, but that way of life, a set of values oriented at excellence “in matters of thought and speech.” Moreover, when Alexander the Great in the fourth century B.C. conquered the Persian Empire, there were more Greeks fighting against him under the Persian banner than there were under his own!

Following Alexander the Great’s death, small “Indo-Greek” kingdoms arose in what is today Pakistan, some of which survived for centuries. The city of Taxila, near what is now Islamabad, was home to Greek-speaking kings and a hybrid style of sculpture that blended Greek and Indian techniques. Kandahar and Samarkand — more than three thousand miles from Athens — were once thriving Greek cities. The Greeks, more than any other ancient civilization, had truly stunning global influence.

Another development in Greek identity occurred after the collapse of post-Alexander Greek kingdoms in the second and first centuries B.C., and their eventual incorporation into the Roman Empire. Certainly the Romans borrowed much from the Greeks — their mythology, their interest in philosophy and rhetoric, and even their architecture. But many of those Greeks in the eastern part of the empire in time began to identify as Romioi, or Romans, even though they retained their Greek language and culture. This continued after the fall of the western portion of the empire, as the eastern empire’s capital at Byzantium, or Constantinople, was called the second Rome. Moreover, later Muslim invaders in the region referred to what would become the Byzantine Empire as “Rum,” or Rome.

A further development occurred in the centuries following the emperor Constantine’s conversion to Christianity, as Greek slowly abandoned their attachment to mythology and various cult religions in favor of orthodox Christianity. Much of this occurred via coercive measures by Christian emperors: Theodosius I began legislating the prohibition of pagan practices, while Theodosius II banned pagans from serving in the elite ranks of civil service or the judiciary. In time, to be Greek was to be Christian, an identity that was all the more universal after the images of Christ and His mother were credited with defeating invading Arab Muslims armies in the ninth century A.D.

The Byzantine Empire began to crumble from internal factors (constant regime change) and external ones (Arab and later Turkish attacks; the Venetian conquest of Constantinople in 1204). This “Second Rome” also seems to have suffered from some of the same problems as the first, such as its increasing use of mercenaries to populate its armies, and its constant court intrigues that involved assassinations that delegitimized subsequent rulers. Though the Byzantines would regain Constantinople in 1261, the city (and the empire) were a shell of their former selves. Indeed, beginning in the thirteenth century, the majority of Greek speakers lived under regimes who shared neither their language or religion. Constantinople would fall to the Turks for good two centuries later, in 1453.

It was not until the nineteenth century that the Greeks — at least those in what we understand today as Greece — finally succeeded in throwing off the yoke of Muslim (Turkish) rule. This revolution, four hundred years removed from the destruction of the Byzantine Empire, was considered a war of religion. “The majority of those who took up arms did so in the name of their Orthodox Christian faith,” observes Beaton. To this day, the Greeks are far more religious than almost all the other members of the European Union. It would seem then, at least, that Christian identity has served as a source of inspiration and cultural cohesion for Greeks for more than a millenium-and-a-half. Perhaps if their unique identity — an amalgamation of what is good and true of the old and the new — is to survive another millennium, it will be for the same reason.