On the Fall of Fated Men 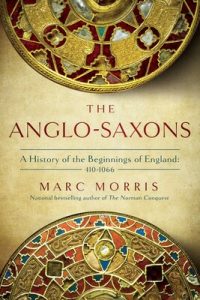 “Historically speaking, the name ‘Anglo-Saxon’ has more connection to white hoods than boar-decorated helmets.” So wrote Mary Rambaran-Olm and Erik Wade, specialists in early medieval England at the universities of Toronto and Bonn respectively, in Smithsonian magazine last year. “The record shows,” the pair argue, “that myths about the past can be exploited to create hateful policies. But as perceptive readers, we can arm ourselves against hate by wielding historical precision as a weapon.” Their weapon of choice? The historically imprecise name “early medieval English.”

An enlightening bit of scholarship, that.

A miasmic progressivism choked the life out of academia long ago. Scholars, the great Anglo-Saxonist J.R.R. Tolkien might have observed, are passing into shadow. Rambaran-Olm and Wade have plenty of company. The ponderously named International Society for the Study of Early Medieval England—formerly known as the International Society of Anglo-Saxonists—changed its name in 2019 due to “problematic connotations that are widely associated with the terms ‘Anglo-Saxon’ and ‘Anglo-Saxonist’ in public discourse.”

As with all organizational statements of this sort, it offers no substance or clarity. If people really were standing around talking about the Anglo-Saxons and connoting problematic things all over the place, well, then, perhaps Rambaran-Olm might have a point. But then I might also be encouraged by the fact that people were talking about something other than Chris Rock getting slapped at the Academy Awards.

Narrative historians are smirking at all this because it will translate into better sales for popular history. Who wants to read a book by the intellectually pompous trying to prove ideological purity? We want good stories told well. Marc Morris’s latest book is just that. Ranging over six centuries of invasion, immigration, and royal intrigue, Morris recounts the fascinating tale of that elusive bunch known, quite rightly, as the Anglo-Saxons.

For his part, he will have none of the progressive renaming project. Morris concedes that the Germanic peoples who inhabited Britain from roughly the 5th century onward did not think of themselves as Anglo-Saxons. Rather, they thought of themselves as Angles or Saxons or Jutes. But the name Anglo-Saxon was used, Morris argues, “in the late ninth century by Alfred the Great, who commonly styled himself ‘king of the Anglo-Saxons’, and also by several of his tenth-century successors.” The paucity of primary sources make generalizations of any kind difficult but it is certain none of these people thought of themselves as “early medieval English.”

“What is important,” he says, “is that we attempt to see these people as they were, and try to shed the misconceptions about them that have developed in later centuries.”

Both Gildas and Bede date the coming of the Saxons to the mid-5th century. But archaeological evidence suggests the Saxons arrived in Britain around 430 A.D. They were most likely invited in small numbers—some guests never leave—to act as mercenaries for various towns or wealthy landowners. The Romans, it is well known, left the island two decades before and the Britons needed a robust defense against raids and incursions by Scots and Picts (and the Saxons themselves). At some point, more Saxons came. And then even more. They settled largely along the eastern coast, eventually pushing inland and warring with the Britons. The legend of Arthur, however far removed from reality, was born in this murky age.

Ultimately the Saxons—along with a mixed migration of Angles, Jutes, Franks, Frisians and others—permanently established themselves in a series of independent kingdoms and territories. Some of them lasted only a while, subsumed into a larger kingdom or disappearing altogether. North of the River Humber, for example, the union of Bernicia and Deira in the 7th century led to the rise of the new realm of Northumbria which, in turn, absorbed the lesser territory of Lindsey further south. Northumbria is considered a major kingdom, along with East Anglia, Mercia, and Wessex. Kent, Essex, and Sussex are considered minor. Collectively they became known by Henry of Huntingdon’s description as the Heptarchy.

The kingdoms began converting to Christianity following Augustine of Canterbury’s mission in 597 A.D. Nevertheless, paganism persisted—most significantly in Sussex and the Isle of Wight—until the late 7th century. Roman practices and influence dominated much of the evangelistic efforts, but Celtic Christians played a much larger role in Anglo-Saxon conversions than previously thought. Celtic Christian practices were considered idiosyncratic at best and heretical at worst. Bede certainly had no love for them. In Northumbria, for example, the Synod of Whitby in 664 A.D. decreed a formal end to practices such as the Celtic dating of Easter and a different monastic tonsure. But informally they persisted across England for many decades.

Throughout the 7th and 8th centuries, the Anglo-Saxons warred with each and with Brittonic speaking peoples, particularly the Cornish and Welsh in the south and west. The fortunes of kings and realms rose and fell. As hegemony passed from one to another, finally settling upon Wessex, the Anglo-Saxons faced a new threat. The Viking sack of the monastery at Lindisfarne in 793 A.D. sent shockwaves through the land. It kicked off more than two centuries of warfare between the Anglo-Saxons, Norse raiders, and Danes.

Wessex was determined to fight the Danes and, under Alfred’s line, was quite successful in doing so. Of King Alfred we know far more than Arthur. Scholarly, pious, and indefatigable in the face of great odds, he was responsible for building a navy, a defensive network, and keeping the kingdom battle-ready. The Danes settled in the east—known as the Danelaw—and left their mark on the life and language of the land. Several thousand English words are of Scandinavian origin as well as nearly fifteen-hundred place-names in England.

Danish power culminated with the accession of Cnut to the throne of England in 1016. Danes ruled until the restoration of the House of Wessex in 1042 with the reign of Edward the Confessor. What remained of Anglo-Saxon England—replete with Scandinavian and Celtic variety—was of course overcome by the Norman Invasion in 1066. It did not change English life all at once as is often represented in fictionalized retellings, but it was comprised of top-down changes that over time marked a significant break with the Anglo-Saxon past. So much so that, some nine centuries later, the devoted Anglo-Saxonist J.R.R. Tolkien would have a visceral dislike for all things French.

Morris unsurprisingly ends the book with the Norman Invasion. But it would leave the reader with a greater appreciation of the state of things had he included an epilogue on the rebellion of Hereward the Wake. Anglo-Saxon resistance to Norman rule continued under the nobleman until his defeat in 1071. The rebellion was largely a local affair but it offers insight into the culture clash that followed the invasion of 1066.

Despite careful use of the sources, Morris is at times given to pure speculation. Of the early Viking raids, he argues, “If they preyed on monasteries like Lindisfarne, it was undoubtedly because they were soft, isolated targets, located conveniently on the coast, almost begging to be relieved of their rich possessions; but it was also because attacking them was a way of striking an ideological blow against Christian oppression.” It is an odd thing to say of unconverted raiders who sparked fear into the hearts of even the sternest Anglo-Saxon warriors, let alone a bunch of cloistered monks. And, more significantly, there is no evidence for such a claim.

Or when talking about Viking ritual sacrifice, Morris says, “What made such practices all the more terrifying was that, not so long ago, the Anglo-Saxons must have performed such rituals themselves. The Woden from whom their kings claimed descent was ancestrally no different to the Odin worshiped by their attackers. For the English, the coming of the Vikings meant a confrontation with the demons of their own pagan past.” This is rendered with great literary appeal but it is entirely without merit. Religious practice varies even among the uniformly dogmatic. And in any case it seems more likely that a confrontation with the Viking demons of their present was more terrifying than anything in their past. Still, he has a keen sense—as much as can be had—for who the Anglo-Saxons were, not merely for what they had done.

“The Anglo-Saxons,” Morris writes, “knew that their world was transitory.” This was born of a spiritual worldview that was both tragic and triumphant. It is palpable in poems such as The Wanderer and The Seafarer and in descriptions of the forbidding and foreboding landscapes of early England. And, he rightly perceives, it is discernible in tales of the Great Halls of kings. “They were by their nature ephemeral structures,” he says, “as likely to be burned down by accident as by torch-wielding enemies.” Perhaps it is fitting after all the little that can be said of the Anglo-Saxons, they remain elusive to us.

It is no exaggeration to say that his book is a fine achievement, not because of its originality but because of its vitality. Books on the Anglo-Saxons range from scholarly to brief histories, with biographies and military histories somewhere in between. But you’d have to read Bernard Cornwell’s Saxon Chronicles to find something that reads with similar ease, pleasure, and profit.