On the Relationship between Psychology and Theology 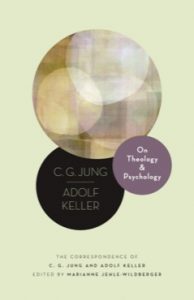 Who killed the often-sophisticated engagement between psychology and theology that marked the postwar period of the last century? Or is it comatose somewhere, waiting to be revived? If so, what might that revival consist of?

It is perhaps easier to say that any such revival today should not consist of, for example, self-help books from such figures as Jordan Peterson, who offers us, as I argued at length elsewhere, a sinister hybrid of Jungian ideas and pseudo-Christian thought. But since writing my critical review of Peterson, I now think he really should be given credit for at least trying, however badly, to keep these two fields in conversation with one another. Few today seem interested in doing so, and fewer still have the intellectual heft and background to pull it off.

But Carl Jung (1875–1961) and Rollo May (1909–1994) certainly did. To read them today—and others who deserve our continuing attention like Erich Fromm—is to see that they stand tall when set against the depressingly low intellectual standards of contemporary clinical psychology—and much of theology for that matter. Few clinicians now have any serious training in history, philosophy, literature, or theology. Few theologians see the utility in psychological categories for understanding—to pick just the most obvious example—the myriad and massive pathologies manifested in the sex abuse crisis in the Catholic Church, which I have analyzed in depth elsewhere.

Jung and May were admittedly not trained primarily as theologians or philosophers but nonetheless lacked any inhibiting self-consciousness about diving into these fields with acute and important questions they pursued with abandon. They did this both out of personal interest as well as a desire to help their patients. For both men, and their patients, all lived through the long shadows of two wars, the Holocaust, and other mass trauma, which generated huge existential questions for many millions of the last century. 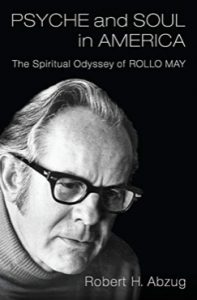 These questions are carefully laid before us again in two quite excellent books from major academic publishers. To read both the Jung-Keller correspondence, and Abzug’s superb biography of May, is to be taken back into the heady days of the interwar and postwar periods when people with serious intellectual credentials asked crucial questions that seem seldom to be considered today, returning us to the question: who killed whom?

Truth be told, it is not that the relationship is dead but that it has changed greatly, especially on the psychology side which, after the war, saw psychoanalytic methods (in which Jung and May were both trained) gradually dwindle and cognitive-behavioral therapy and pharmacotherapy take over the center of the stage where they are located still. In one way, this opened up contemporary psychology to recognize the spiritual nature of the human person and to clear ways for this to be expressed in therapy without assuming (as Freudian psychoanalysts did) it to be a sign of pathology.

Today textbooks and training manuals for therapy all commendably encourage clinicians to inquire about spiritual life and practices and not to shun or scorn them. But this is as far as such books go. They are completely skittish about entering into a deep discussion of the truth-claims of, say, Catholic Christianity or Reformed Judaism. There is palpable fear that if one does so, someone will be offended—and this cannot be tolerated. So a kind of soft relativism reigns: all spiritual expressions are good and we will not scruple over their details.

Jung, Keller, May, Freud, and most of the others of that first generation of psychoanalysts and psychotherapists were not so inhibited nor so worried about giving offense as to avoid discussion. Instead, they pursued it with abandon. Some of that is due to the fact—as Jehle-Wildberger writes in her second chapter, which offers an enormously helpful and scrupulously careful contextualizing for the correspondence—that Keller and Jung “rarely discussed the question of the boundary between theology and psychology.” Rather, they just seem to have chosen to ignore it in order freely to let their discussions wander wherever they wanted—into German literature, or Hebrew Bible, or French psychiatry, or Greek symbology.

Too much of today’s academy, alas, is petrified about veering outside of its “lane,” which is policed with indefensible strictness by people worried more about observing rules dictated by insurance and grant funding (or the shrieking harridans on social media) than pursuing profitable intellectual engagement, especially if such engagement might turn critical.

May ranged widely, if at times anxiously, across fields, and quite literally across the American landscape, spending most of his life in Manhattan before moving to California late in life—after early stints in the Midwest as well as Europe, especially Greece and Austria, where he was briefly analyzed by Alfred Adler, one of the major luminaries in that first generation around Freud, before his ego and the mechanisms of its defense led him to break with Adler and Jung.

Abzug’s biography is not just a wonderfully written, balanced, judicious assessment of one man’s life and works: it also offers us a portrait of interwar America that is itself fascinating, and another of postwar America, too. Some of the turmoil of, for example, the 1960s is really captured well in several chapters here. So are the changes as we move into the sunset of May’s life in the late 1980s and early 1990s when he felt the world passing him by, and the mid-century “existential” moment being obliterated in part at the hands of pharmaceutical companies trying to offer everyone a happiness pill.

The Jung correspondence is similarly clearly written, with an extensive contextualization in the first ninety or so pages (the letters themselves do not begin until page 117). Here we enter into a quite different world than the American one of the same period. Here the shadows and scars of the wars and especially the Holocaust are much darker, and the sense of European tragedy vs. American optimism is pronounced but not overplayed in Jehle-Wildberger’s careful hands.

For all the fascinating dialogue both men entered into, there is one thing that neither man did well at: engage with other Christian traditions, including Catholicism and Orthodoxy in particular. (May spent some three years in the early 1930s teaching in Greece so was certainly aware of Orthodox Christianity. Jung, like Freud before him, would have known of Russian Orthodoxy at least, for they had a number of Russian patients, as James L. Rice documents in his intellectual and cultural history, Freud’s Russia.)

There is little to no engagement of such important Christian figures as the Protestant Oskar Pfister (one of Freud’s longest and closest friends, Pfister was a Swiss pastor who thought that Freud’s treatment of “religion” in Future of an Illusion was total bollocks), or the Jesuits André Godin and Edward Boyd Barrett, the Canadian convert Karl Stern, or others on the Orthodox side who could be named. When Jung in particular sought to engage Catholic theology, as he did in a very lengthy correspondence with the Dominican theologian Victor White, he very often made an almost comical hash of it, reflecting his long standing suspicion and disdain for Catholic Christianity in most, but not all, aspects. (Jung was, for example, reported to be ecstatic when, in 1950, Pope Pius XII declared the Assumption an official Catholic dogma for Jung took it to mean “the feminine” had now been introduced into the Godhead, making it a quaternity, not a Trinity.)

Instead of Catholic or Orthodox interlocutors, both men focused their overwhelming attention on dialogue with various figures of mid-century Protestant liberalism, represented above all in May’s life by his extremely close relationship with Paul Tillich until the latter’s death in 1965—and even after, for May wrote a kind of biography about his dear friend that appeared in 1973 as Paulus: Reminiscences of a Friendship. (Truth be told, the book was also something of May’s apologia for Tillich to draw publicity away from the understandably bitter book Tillich’s oft-betrayed wife Hannah also published in 1973 as From Time to Time.) May for his part had deliberately and consciously written his book The Courage to Create after one of Tillich’s most famous books The Courage to Be.

In any event, one must never fault authors for not writing in an area the reviewer wants or expects them to, but instead discuss those areas and personages with whom they did enter into dialogue. Jung and May ranged widely across disciplines, and produced rich discussions at the intersection of psychology and theology. Thanks to the labors of Robert Abzug and Marianne Jehle-Wildberger, we who live after these giants can rediscover for our day much that is profitable and wise in their writings.

A. A. J. DeVille, Ph.D., is associate professor and director of humanities at the University of Saint Francis where he teaches courses in psychology, theology, and historiography.