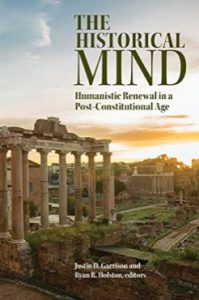 On January 26, 2021, President Biden announced a number of executive orders, including an end to the previous administration’s ban on critical race theory training and the abolition of Trump’s 1776 Commission. The report that the commission ultimately released was a fairly typical center-right telling of American history and values. Yet Joe Biden saw it as “offensive” and “counterfactual” because it stood opposed to the vision of history offered by the 1619 Project, BLM, and CRT grifters. To this crowd, which makes up the bulk of the Democratic Party’s base, the history of America is not something to be celebrated, as the 1776 Commission was established to do. American history is a story of white supremacy, white supremacists, and systemic racism. For this reason tearing down a statue of Abraham Lincoln, Frederick Douglass, or Ulysses S. Grant is just as valid as tearing down monuments to the Confederacy. It is this vision of history that explains why it is okay to destroy or vandalize statues of white men like Matthias Baldwin (Philadelphia), John Greenleaf Whittier (Whittier, California), and Col. Hans Christian Heg (Madison, Wisconsin). The fact that Baldwin, Whittier, and Heg were all abolitionists, and in the case of Heg died in service of the Union Army, doesn’t matter—they are manifestations of “whiteness” and as such must be removed from the public gaze.

This moment of crisis speaks to two major things. The first is that we no longer know, much less understand, our nation’s history. To the radical leftist statue-topplers, a statue of a white man like Baldwin, Whittier, or Heg must be a symbol of white supremacy because these men had to be white supremacists—they lived in the past, after all. We no longer have a unified connection to our history. Secondly, this lack of unity speaks to competing visions, or imaginations, about our past, present, and future. While there have been a number of books, articles, and essays written over the last two years to explain our current crisis, few have offered a clearer vision than The Historical Mind: Humanistic Renewal in a Post-Constitutional Age. Ironically, despite offering up the clearest vision and potential solution to our current moment, the book’s essays were all written before the summer of 2020, first published in May 2020 and with a paperback edition arriving in January 2021.

How does a book not directly designed to combat the 1619 Project, CRT, and BLM succeed so well in doing so? By correctly identifying the real culprit to this insanity, offering a new appreciation of two overlooked scholars, and seeking to offer a strong path forward from the ills afflicting our times. The Historical Mind uses two essays to frame the larger collection: Irving Babbitt’s “What I Believe: Rousseau and Religion” and Claes G. Ryn’s “Power without Limits: The Allure of Political Idealism and the Crumbling of American Constitutionalism.” These essays are both quite short, less than twenty pages each; yet they each pack a major intellectual punch.

From these two scholars comes one of the major themes that runs throughout the collection: the importance of imagination. Drawing from these two shows that there are two distinct types of imagination. The first is moral imagination, which speaks to the sort of imagination that incorporates history, philosophy, literature, and theology into an individual’s understanding of ethical and unethical desires and actions. A person with a moral imagination understands that perfection will never be reached, but seeks to make informed decisions on how to act on their desires through the lessons they have learned from these humane disciplines.

The second is the romantic imagination, which sees the problems of life as stemming not from the individual but from society itself. An individual with a romantic imagination cares little for the lessons of history, philosophy, literature, or theology unless they conform to his or her vision—a vision of establishing utopia. The romantic imagination seeks to dismantle the external forces that cause misery so that the individual, never at fault for his or her choices, can live free from the hardships or dangers caused by society. As Garrison and Holston put it in their introduction, “The possibilities of politics are felt to be unlimited with the attainment of sufficient knowledge and the power to reform institutions.”

This division of imagination goes beyond just the individual, as it can influence how a society operates. A society built around the moral imagination proudly draws on its history and customs, crafting bonds and connections that allow a community to achieve a peaceful stability. The romantic imagination leads a society to fragmentation, decadence, and eventually destruction because it seeks to achieve the unachievable. A society built around the moral imagination is the only solution to our current moment of crisis. The various essays in The Historical Mind do not build a connected argument, nor do they need to. This collection takes these ideas on imagination and the work of Babbitt and Ryn and thereby extols the virtue of the moral imagination, a task proven more and more worthy by the day.

Babbitt’s essay argues emphatically that the major problems facing his era stemmed from the victory of the Rousseauist vision. Rousseau had argued that man was inherently good; it was only the institutions of society that made him wicked. Babbitt called this the “new ‘myth’ of man’s natural goodness.” This was such a destructive line of thinking because it destroyed the traditional Christian understanding of original sin that had informed Western civilization for so long. Babbitt’s era was suffering from the romantic imagination; focus on individual morality and responsibility had given way to utopian thinking asserting that society must be remade to destroy the corrupting influences of its institutions. Only this could liberate the individual from wickedness.

“Unfortunately, the facts have persistently refused to conform … There has been an ever-growing body of evidence from the eighteenth century to the Great War that in the natural man, as he exists in the real world and not in some romantic dreamland, the will to power is, on the whole, more than a match for the will to service. To be sure, many remain unconvinced by this evidence. Stubborn facts, it has been rightly remarked, are as nothing compared with a stubborn theory.”

One need only think of the infamous CHAZ/CHOP in Seattle to prove Babbitt’s point.

Ryn’s essay speaks more to the collapse of the constitutional order in modern America. Ryn is also opposed to the Rousseauist vision of society and explains how the U.S. Constitution was set up to provide for checks and balances because its framers understood the nature of man in a way Rousseau never did. As Ryn noted, “It seemed to them self-evident that human beings are morally cleft. They are potentially decent, even admirable, but also have darker inclinations that pose a great threat to themselves and others. Human beings cannot be trusted with unrestricted power.”

Unfortunately, modern America has fallen for the Rousseauist vision and discarded the wisdom of the framers. Our political debates today are seldom framed through constitutionality, they are framed by demands for justice, fairness, or, to use a term Ryn doesn’t, equity. For the Left, to stand in the way of what they want is to stand for bigotry. Ryn recognized this process in his essay, even if his lingo is outdated and doesn’t include the holy trinity of diversity, equity, and inclusion. The end result is the same: to oppose allowing the federal government to tackle issues of justice is to stand in the way of progress.

Ryn points to the changes in our conceptions of morality and charity, brought about by the Rousseauist vision, as responsible for a lot of this. The new sentiment was that having the right feelings showed a benevolent heart, regardless of individual action (or results). Essentially, Ryn goes on to describe the mode of thought that has evolved into the “This House Believes” yard-sign phenomena. You can now be a good person by publicly stating your approval of whatever woke idea is currently in fashion. Personal action is not needed, just the signaling of one’s virtue.

protects people against frivolous dreaming not least through its moral teachings and great works of art and literature, which seek to anchor the imagination in the world in which human beings have to act.… Civilization teaches that we cannot have the world just as we would like it. Children dream endlessly of what cannot be, but to mature as a human being means giving up childish things. Adults must face the facts of life, most importantly the limits imposed by man’s moral predicament.

Is our failure as a society to face these facts not the best explanation of our current decadence?

Ryn’s conclusion was that those who defend the Constitution live in a dream world where all they have to do is convince the public about an issue’s constitutionality. This is insufficient. The only way to revive our constitutional order is to revive the unwritten aspects of the constitutional order, essentially a rejection of the Rousseauist vision and a return to traditional morality.

The Historical Mind features eleven essays that seek to help reinvigorate a moral imagination. The collection is an important call to reconnect modern conservatism with two underappreciated thinkers. It also presents an opportunity to once again center Rousseau as our modern foil, rather than just generic references to Marxism or socialism. Babbitt and Ryn have shown that this is the real culprit because it is Rousseau’s flawed vision of the nature of man that has led to such spiritual indolence. Understanding original sin and the nature of man is a vital first step. The second step is to then recover our moral imagination. Only after this has happened can we put a stop to the statue-toppling and post-constitutional order that we now find ourselves living under. This volume provides valuable insights into this process by helping to outline the development of a solid vision of history and culture.