The Fruits of Empire 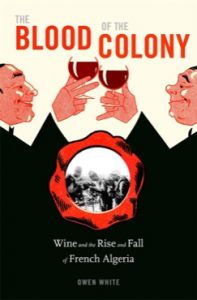 Nearly sixty years after the demise of French Algeria, both colonizer and colonized continue to grapple with its legacy. In January, the French government published a report intended to enable a “reconciliation of memories between France and Algeria,” and announced the establishment of a “Memories and Truth Commission” to conduct a fuller review of the countries’ colonial past. But the commission’s remit will be limited—President Emmanuel Macron has already ruled out both a formal apology and reparations payments, and critics have alleged that the initial report whitewashes colonial atrocities (a ploy, some say, for right-leaning votes ahead of France’s presidential election next year). The government of Algeria likewise sees this soul-searching as insufficient, confidently maintaining that “France’s escape from recognizing its colonial crimes in Algeria cannot last long.”

But if the non-material effects of French rule endure, its physical traces have proven far more ephemeral. After independence, the vast majority of Europeans departed Algeria’s cities, leaving their homes, churches, and civic buildings to be repurposed or demolished. Streets and squares were rechristened, the names of French administrators replaced by those of fallen independence fighters. Equally sweeping changes occurred in the countryside: perhaps most dramatically, the vineyards that had once covered 400,000 hectares of the best Algerian farmland began to vanish, ultimately dwindling to a fraction of their former extent.

One could therefore be forgiven for not realizing that this arid, Muslim-majority nation was ever a major wine producer. But as Professor Owen White reveals in The Blood of the Colony: Wine and the Rise and Fall of French Algeria, for much of the twentieth century Algeria was the world’s fourth largest exporter, churning out hundreds of millions of gallons annually. Its robust, high-alcohol wines were staples of European tables, drunk on their own or blended with weaker French vintages. At its peak, the wine trade employed hundreds of thousands, dominating the colony’s agriculture and constituting (in the opinion of one French historian) “the most important economic fact in the modern history of Algeria.”

The Blood of the Colony makes clear that viticulture in French Algeria was about more than economics, however. Wine, that quintessentially Gallic commodity, was seen as a way of permanently altering the character of the land and its people. As one newspaper declared in 1933: “It is thanks to the vine that wherever in Algeria there is a bell tower, a hamlet, a farm, there are also French hearts and minds.” The orderly rows of vines even served as a kind of visual metaphor for colonialism, turning what was once a foreign landscape into a facsimile of France.

In structuring his account around wine, Professor White is following the example of other recent historians who have examined broader phenomena through the lens of a single commodity. This allows him to develop a lively and original book that explains how winemaking became a motor of colonialism, driving the dispossession, migration, and investment that would underwrite French rule. White’s subject is also a peculiarly appropriate symbol—for, like the colonialism it supported, the vine was a foreign import. “A parasitic plant introduced by the occupier and cultivated to his exclusive profit” is how one Algerian novelist described it; and not only were Algerians locked out of its profits, their Muslim faith even barred them from its consumption.

Like many colonial commodities, the career of wine in Algeria began with conquest. Although a diplomatic insult supplied the formal pretext for war, it was Algeria’s material possibilities and military weakness that led France to invade. By 1830, the French had established control over most of the country, stripping Arab landowners of their properties and encouraging Europeans to settle and farm. Grapes were among the earliest crops the newcomers sought to cultivate, and these first vintners were an eclectic mix: Trappist monks building communities around prayer and agricultural labor; peasant farmers seeking cheap land; immigrants from Malta, Spain, and Italy.

Production really took off in the second half of the nineteenth century, thanks to phylloxera, a ravenous, vine-destroying aphid that devastated metropolitan France. The resultant decline in French output created an opportunity for Algerian producers, who increased their yields almost fortyfold between 1870 and 1900. They made their wines mainly from hardier, heat-resistant varietals: Carignan, Cinsault, and Alicante Bouschet. And although their products had a reputation for being rather rough (one nineteenth-century visitor decried “this coarse Algerian wine that makes your teeth rattle”), the better vignerons were capable of producing some genuinely high-quality vintages.

By the beginning of the twentieth century, Algeria’s economy was dominated by a single commodity, intended mainly for consumers abroad. In this respect, White argues it resembled several other European colonies of the same era—Malaya, for instance, which supplied much of the world’s rubber, or Kenya with its vast tea and coffee plantations. What was unusual about this situation, though, was that both colony and metropole were producing the same good. This was an increasing source of worry for French winemakers, who lobbied energetically for internal tariffs to exclude colonial competition. Although this effort was unsuccessful, the enmity it engendered would persist for decades (during the 1950s, for example, Communists in wine-growing areas of France condemned the injustice of vignerons’ sons dying “to defend the interests of large Algerian producers which compete with our metropolitan wines”).

Despite its economic success, viticulture remained fundamentally dependent on the maintenance of a particular political order. And with the onset of World War II, the first cracks in that order began to appear. France fell swiftly before the Nazi blitzkrieg, and the Vichy regime that took over Algeria lasted only two years before the Allies landed in North Africa. For anticolonialists, this was a revelation; the foundations of imperial power were more fragile than anyone had thought. A brutal attempt by French authorities to crush surging postwar nationalism only added fuel to the fire, and in 1954 a full-blown insurgency broke out.

For the next seven years, the French state battled the Front de libération nationale (FLN) to maintain control, and wine was to feature prominently in the struggle. The economic and symbolic importance of vineyards made them appealing targets for guerilla attacks, forcing the French Army to devote considerable resources to their protection. Among Algeria’s European community, the owners of large estates (White calls them “vinelords”) tended to be the most hardline backers of the status quo. The war laid bare wine’s role in the machinery of repression—sometimes in a horrifyingly literal sense. White recounts how French soldiers found it convenient to hold suspected guerillas in the large vats used to store and ferment wine; in these makeshift cells, dozens of Algerians would die from suffocation or sulfur dioxide poisoning.

Although the war itself had failed to seriously disrupt production (indeed, 1959 was one of the best years on record), the political settlement that granted Algeria its independence in 1962 marked the beginning of the end. Since the initial French conquest, wine in Algeria had been irreducibly dependent on colonial control—with that gone, its demise was inevitable.

This collapse happened in stages. Algeria’s new government nationalized agricultural lands owned by Europeans, which included almost all of the country’s vineyards. Some were uprooted and planted with cereal crops; others were placed under inefficient self-managing cooperatives. With the French market now inaccessible behind a wall of tariffs, Algeria sought to staunch the bleeding through a trade deal with the USSR, but the prices agreed upon proved too low to reverse the industry’s decline. A final blow came from the Islamist insurgency that plagued the country in the 1990s (“Cut one grape,” militants warned the few remaining vintners, “and we cut your throat”).

Today, Algeria’s vines cover a mere 17 percent of their 1962 acreage, and much of the fruit they produce is eaten rather than fermented. The future of wine is not bright: in twenty years, White relays, there may not be a single functioning vineyard left in Algeria. His book is an intriguing and important record of a vanished era.

Luke Nicastro is a writer and defense analyst based in Washington, D.C.